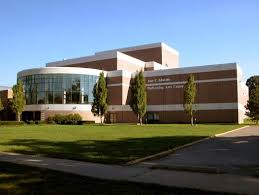 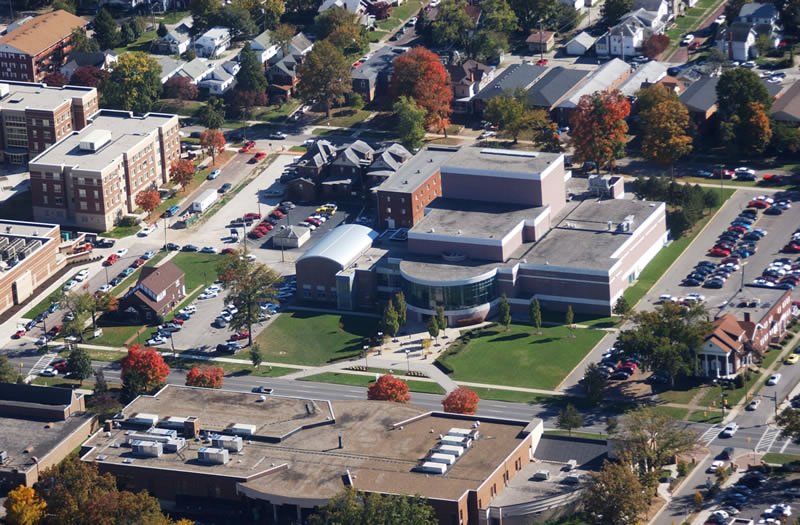 Campus was being renovated in the late 1980s, and with those renovations came a fine arts center, a new football stadium, new walkways, a parking garage, and additions to the Science Building. Construction on the Joan C. Edwards Performing Arts Center began on September 5th, 1989. The first phase of the building constructed the playhouse, experimental theatre, the lobby, dressing rooms, ballet rooms, and offices. The groundbreaking ceremony for the Jomie Jazz Center was on July 30, 1997, and the center’s name is a combination of both donors, Joan C. and James “Jimmie” Edwards. There is a plaque in the performing arts center dedicated to Bruce Greenwood, who was the Auditoria manager for Marshall University for many years.

Marshall University’s College of Fine Arts offers classes in the departments of art and design, music, and theatre. Many of these classes are taught or showcased in the Joan C. Edwards Performing Arts Center. The College of Fine Arts was established at Marshall University by the West Virginia Board of Regents in April of 1984. The Joan C. Edwards Performing Arts Center was constructed in 1992 to provide a space for the College of Fine Arts class exhibitions, and was named after a major donor to Marshall University, Joan C. Edwards. The Joan C. Edwards Playhouse allows the theatre department to showcase their talents in a traditional theatre setting while the Francis-Booth Experimental Theatre showcases a non-traditional type of theatre that can also be interactive. Many of the Marshall’s guest speakers lecture in the Francis-Booth Experimental Theatre. The Jomie Jazz Center allows the jazz studies students to showcase their work throughout their journey at Marshall in a room designed for musical performances.

The Marshall University Theatre performance program allows students to train in acting and develop skills in modern American theatre, film, and television. The theatre department also offers a production program that teaches students how to effectively form collaborations conduct productions in theatre, film, and television. The Marshall University School of Music provides students with options to study performance, composition, and jazz studies or theory. The Joan C. Edwards Performing Arts Center provides these students with an up-to-date facility to reach their full potential in practicing and performing their art. The Marshall Artist Series box office is located in the Joan C. Edwards Performing Arts Center. The Marshall Artist Series was established in 1936, and is a non-profit organization that provides the Huntington area with nationally known acts to stimulate an interest in performance.