The Belle Isle Aquarium opened in 1904 and is the oldest aquarium in the country. For much of its history, it was also the only aquarium in Michigan. The Beaux Arts building was designed by renowned architect Albert Kahn, with a beautiful green glass tile interior and arched ceilings. It originally held 44 freshwater and seawater tanks. The aquarium has gone through many renovations over the years and was temporarily closed due to funding issues. It is now reopened and has continued to fascinate visitors with aquatic life from all over the world, including the only collection of all seven species of gar fish. 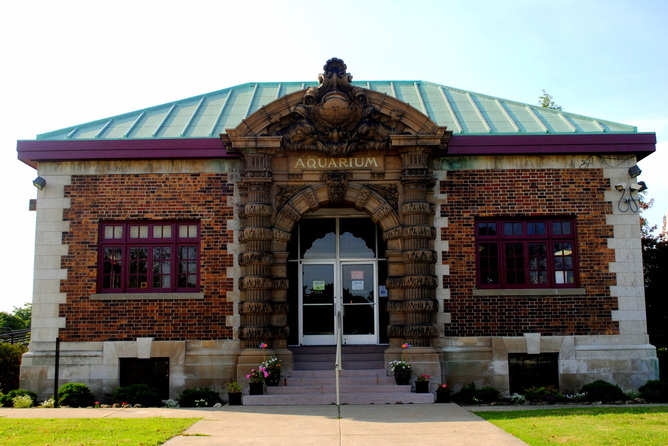 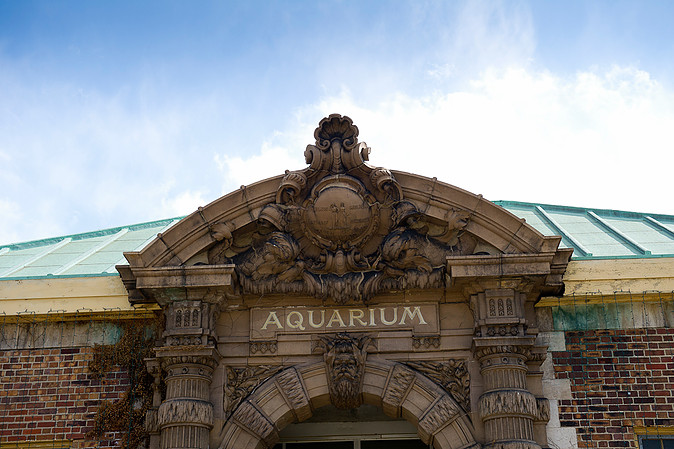 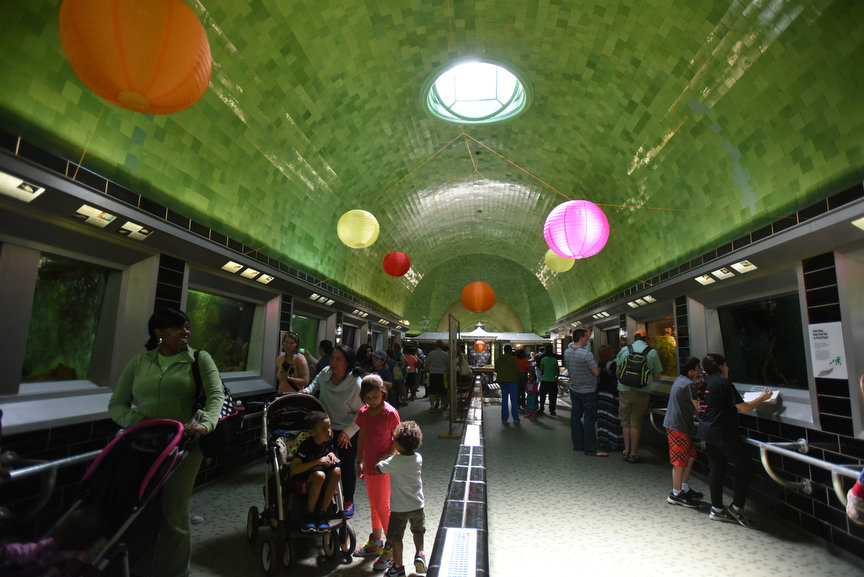 Postcard of the interior 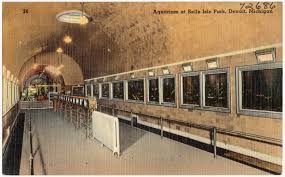 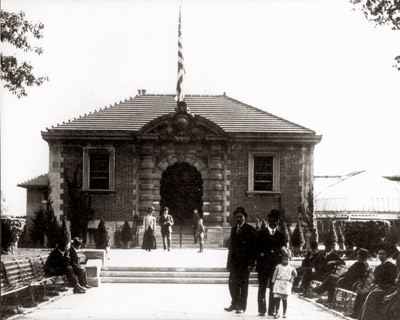 The Michigan State Legislature approved a bill in 1899 to issue bonds to build the Belle Isle Aquarium and adjoining Horticultural Building (now the Anna Scripps Whitcomb Conservatory) for $150,000. Both buildings opened on August 18, 1904 and were designed by Detroit native Albert Kahn. The aquarium was constructed in a Beaux Arts style and features an entrance archway with carved dolphins around the Detroit city emblem. Green opalite glass tiles line the ceilings of the interior to give the illusion of being underwater. Kahn originally designed for the aquarium tanks to be on display like art hanging in a gallery.1 Originally, there was a 8,531-gallon pool in the center of the building. Salt water was shipped in from the Atlantic Ocean for the seawater tanks, and state-of-the-art equipment regulated temperature and kept water pumping through its 44 tanks. 2

A major renovation in 1954 replaced the original wood tanks with concrete and steel, and the main ground pool was removed. More recent renovations have replaced the roof, reopened skylights, and reincorporated pendant-style lighting. The aquarium was closed from 2005-2012 due to lack of funds to maintain it. Since it has reopened, attendance has soared to over 5,000 people every weekend, and the future looks bright.

The aquarium features aquatic life from all over the world, including pufferfish, electric eels, and catfish, with a special collection focusing on the Great Lakes. It also houses the only collection of all seven species of gar fish in North America. Programs offered by the aquarium include “Science Saturdays,” volunteer opportunities, and a holiday-themed annual fundraiser in December called “Light Up the Aquarium.”