The Clermont State Historic Site, also known as the Clermont Estate or Manor, is on the list of the National Register of Historic Places and is located in southwestern Columbia County, New York. It was the home of seven generations of the Livingston family who occupied the residence for over two hundred years. The Livingstons have a proud part in American history: Robert R. Livingston was involved in the drafting of the Declaration of Independence, served as the first U.S. Minister of Foreign Affairs, administered the oath to George Washington, negotiated the Louisiana Purchase and worked with Robert Fulton to develop steamboat technology. After remaining in the family for several generations, the family deeded over the house and property to the State of New York in 1962. The house and gardens are now open for visitors to enjoy and learn about the rich history of one of New York's most influential families. 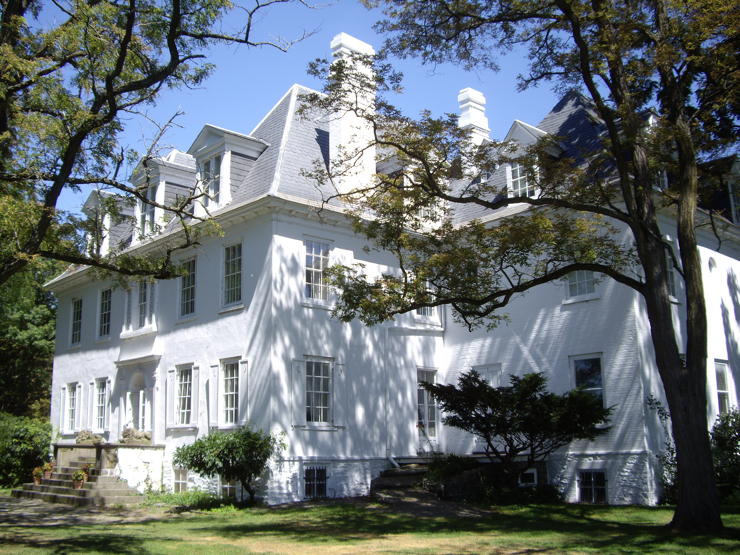 View of the Hudson River from Clermont 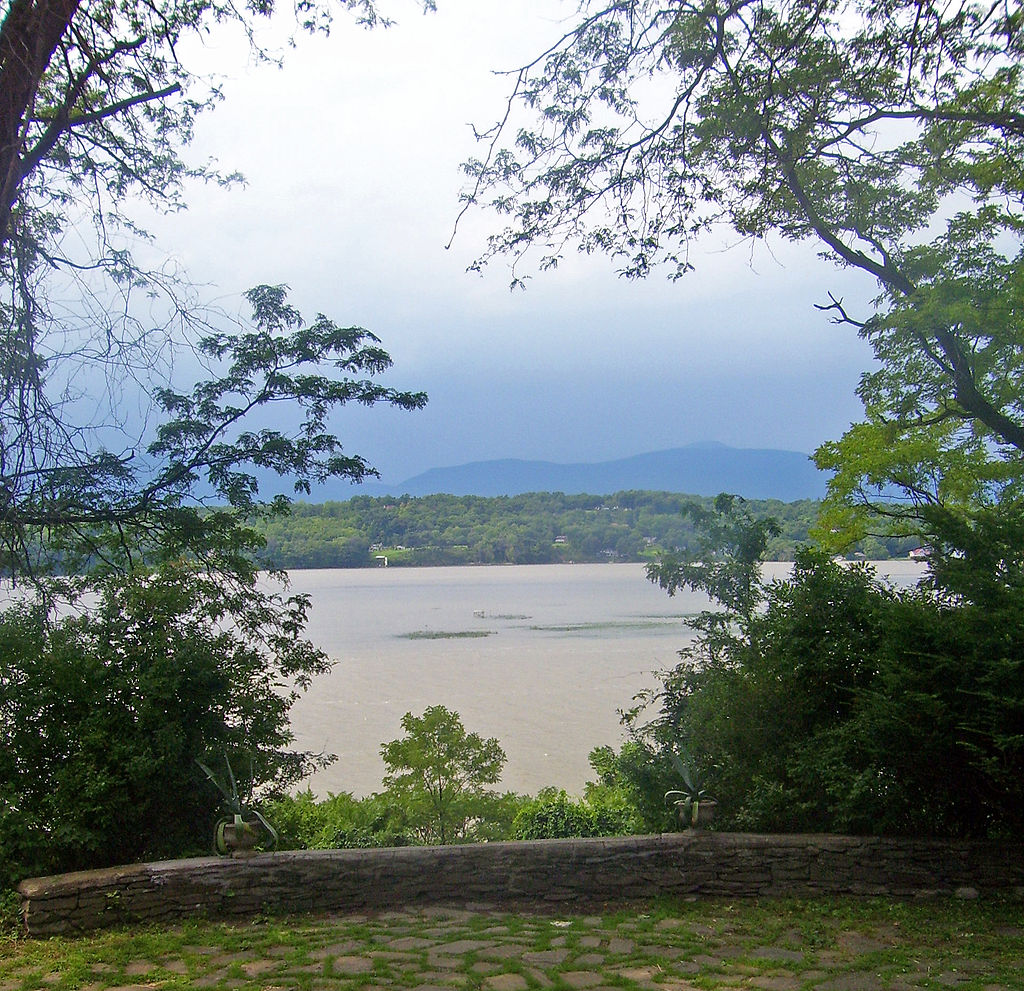 The Dining Room at Clermont Featuring a Portrait of Andrew Jackson 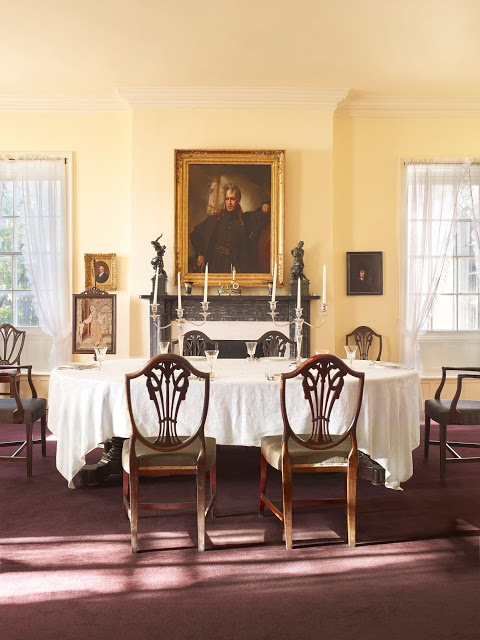 The Front of Clermont 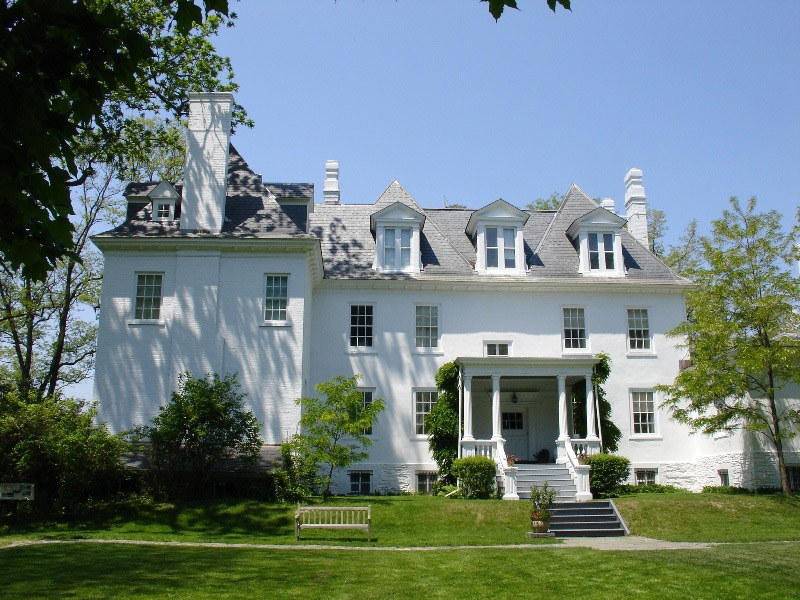 The Gardens at Clermont 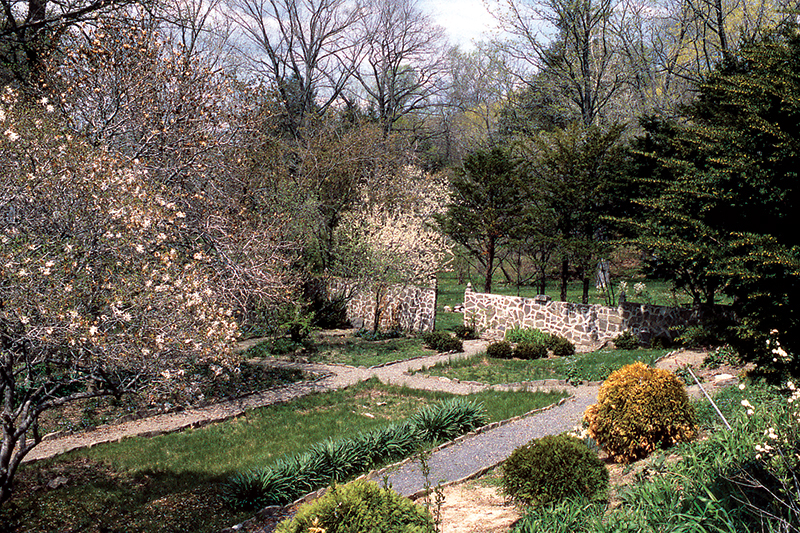 Clermont's Most Notable Resident, Robert R. Livingston (1746 - 1813), One of the Draftees of the Declaration of Independence 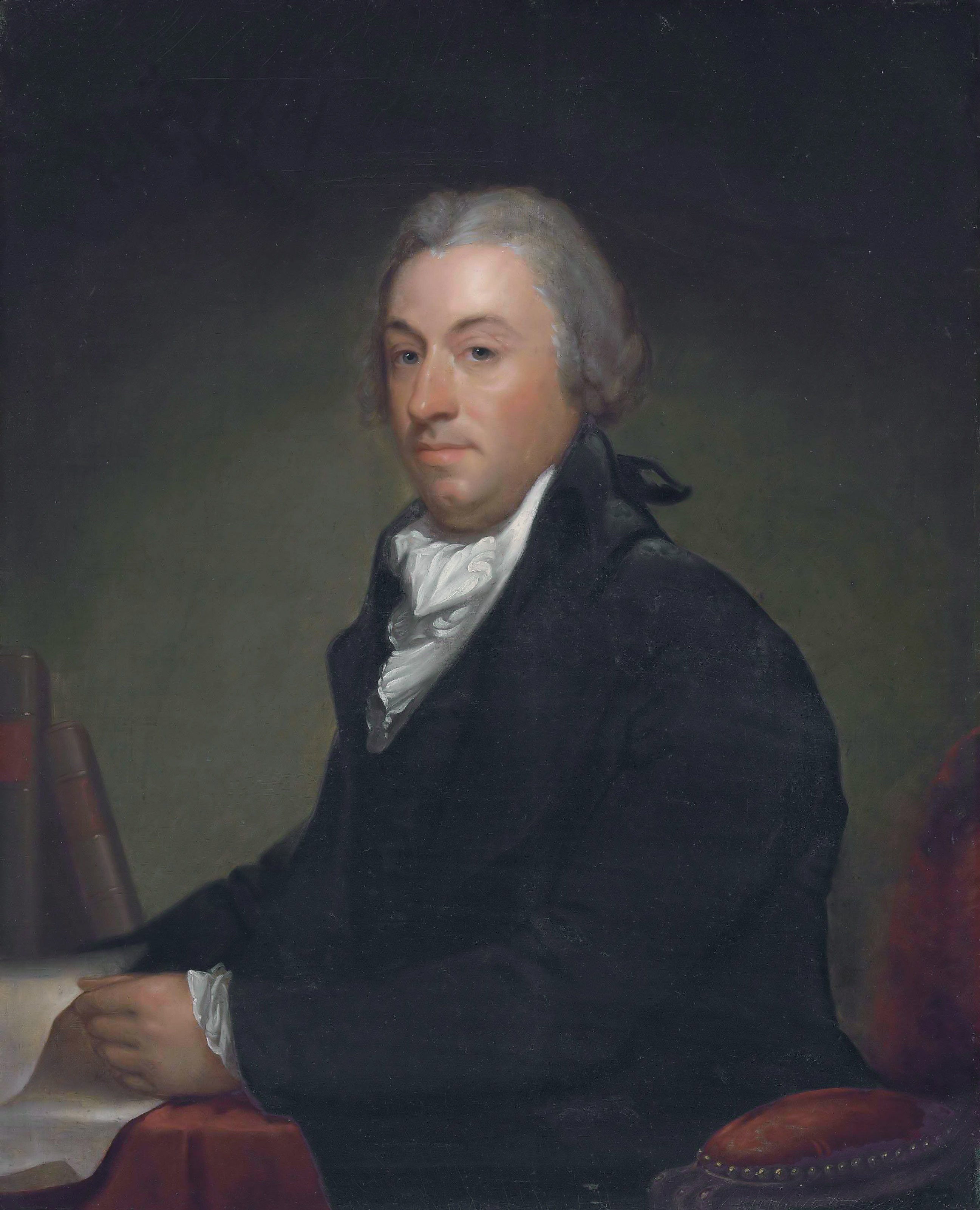 Clermont State Historic Site, seated on the banks of the Hudson River in Germantown, New York, was home to seven generations of the Livingston family, whose roots in America date back to the 17th century. The estate was built by Robert Livingston after the death of his father Robert, the First Lord of Livingston Manor. The majority of his father's land was willed to Robert's brother Philip Livingston, but around 13,000 acres was deeded to Robert. The original house itself was built around the year 1740. When Robert Livingston died in June 1775, he passed the estate to his son, Robert Livingston, Jr., known as "Judge" to distinguish himself from his father.

Robert "Judge" Livingston was a very influential figure in the history of the Revolutionary War, even serving as a delegate to the Stamp Act Congress (or Continental Congress) of 1765. He married Margaret Beekman, who also heralded from a prominent family, and they had a son named Robert R. Livingston, who became known as "The Chancellor" because he was New York's first chancellor. In October of 1777, in the midst of the Revolutionary War, a small force of British soldiers arrived and burned down the estate as well as 24 other buildings on the property in response to the Livingston's support for independence. Margaret Beekman Livingston managed to escape with her daughters and son Robert R. Livingston to a relative's home in Connecticut. After the war, Margaret sent numerous letters to the governor of New York and secured enough militia exemptions for Clermont to be rebuilt.

In addition to being the highest judge in New York State, Robert R. Livingston "The Chancellor" served on the Committee of Five that drafted the Declaration of Independence, and he went on to draft the State of New York's Constitution. His illustrious career did not end after the Revolutionary War; he administered the oath of office to George Washington in 1789, served as the first Secretary for Foreign Affairs, and was the chief negotiator for the Louisiana Purchase with Napoleon Bonaparte. Also a brilliant inventor, The Chancellor was a co-inventor of the first commercially used steam boat.

Clermont remained in the family and the final Livingstons to reside at Clermont were John Henry and his wife Alice. In 1909, their other home, the historic Arryl House, burned to the ground. Visitors are still able to see the ruins of Arryl House at the south end of the parking lot at Clermont. Alice was respectful of Clermont's rich history and she created the beautiful gardens that are still apart of the property. In 1962, a widowed Alice turned Clermont, which still appeared as it did in the 1930s, over to the State of New York.

The Friends of Clermont , a private, non-profit, supports the preservation and conservation of Clermont and offers tours and special events year round. Clermont State Historic Site covers 500 acres total, including the house that Margaret Beekman Livingston built that future generations of Livingstons added onto, as well as lush gardens, meadows, and woodlands. Not only does Clermont feature some of the best views of the Hudson River, it possesses a rich history that is matched by few of the many historic residences in the Hudson Valley.

The Livingstons and their Riverfront House, Friends of Clermont. Accessed April 16th 2020. https://www.friendsofclermont.org/the-livingstons.