Built in 1821, this stately home and National Historic Landmark was the former residence of powerful US Senator Nelson W. Aldrich who served in the United States Senate from 1881 to 1911. Today it is the headquarters and one of two historic house museums of the Rhode Island Historical Society (RIHS), which is the fourth oldest state historical society in the country. Winthrop Aldrich, Nelson Aldrich's son, eventually deeded it to the Society. Its exhibits explore Rhode Island's statehood history. The RIHS also uses the House for administrative services and a variety of public programs. It holds a large collection that includes 5,000 manuscripts, 100,000 books, 400,000 maps and photos, and over 9 million feet of film. The other house museum it operates is the John Brown House, which was built in 1788 and is also a National Historic Landmark (it also has its own Clio entry). RIHS also operates the Museum of Work and Culture located in Woonsocket.

The Aldrich House was built in 1821 and is today the home of the Rhode Island Historical Society. 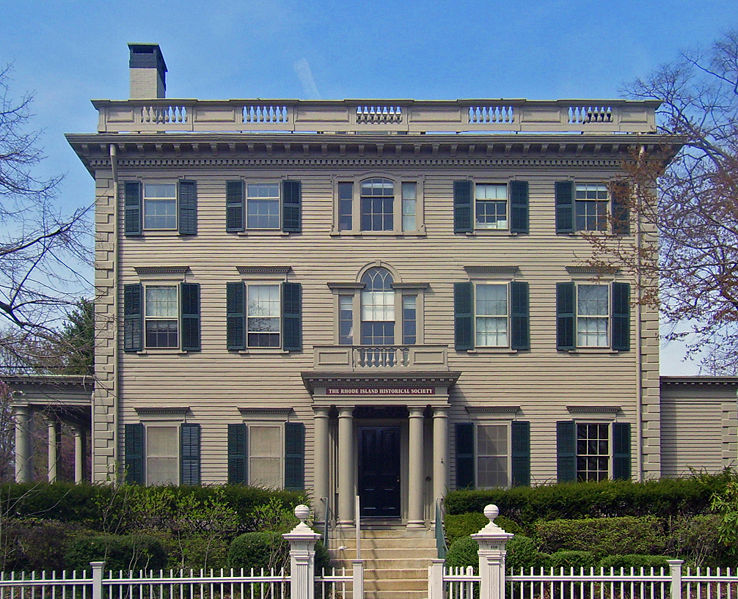 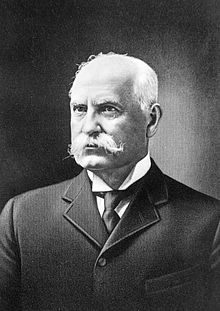 The house, built in the 1820s, owes most of its historical value to its chief resident, Nelson W Aldrich (1841 - 1915). A Union soldier during the Civil War, and local politician, he went on to wield immense influence and power during his tenure as conservative U.S. Senator from 1881 -1911, deemed "America's General Manager" because he seemingly exercised full control over all potential legislation, especially financial measures. His command (often considered corrupt by many historians) led to numerous tariffs and banking bills, as well as changed the way the Senate operated; even President Theodore Roosevelt is known to have had to capitulate to Aldrich. His house stands as a monument to the Gilded Age, and the marriage between business and government during that era. The home also exists as a reminder of the nexus of two powerful families, which strongly influenced the United States because his daughter Abigail married John D. Rockefeller, Jr., which resulted in a line of descendants including Nelson A. Rockefeller.
Aldrich is known for passing numerous tariffs; pushing for the 1898 Treaty of Paris that ended the Spanish-American War; the reformation of the financial regulatory system after the "Panic of the 1907" through the Aldrich–Vreeland Act (which led to the 1913 creation of the Federal Reserve System); and establishing a direct federal income tax by sponsoring the Sixteenth Amendment.

On tariff he reduced, partially due to increasing pressure from progressives and his declining power, arrived when he co-sponsored the 1909 Payne-Aldrich Tariff Act, which removed restrictive import duties on fine art, which allowed Americans -- including museums -- to import expensive European art.
His political decline also speaks to changes within the American cultural and political landscape. Americans increasingly populated western lands and the country grew more progressive (a.k.a. "The Progressive Era"), which meant his big-business views came under pressure from voters, activists, and even muckraking journalists. As a result, his ipso facto control of the U.S. Senate subsided dramatically.
Upon his death, his lavish Rhode Island house passed to various family members. When Winthrop (Aldrich’s son) died in 1974, he left it to the Rhode Island Historical Society.

Phillips, David Graham. "The Treason of the Senate: Aldrich, The Head of It All."  Cosmopolitan. March 1906. Accessed October 2, 2018 at https://www.starkman.com/hippo/history/aldrich/phillips.html.