Blue Goose Vinyards are operated by Mark and Beverly Griffith in the shadow of the Great Smokies Mountains in Maryville, Tennessee. There's a tasting room and gift shop located right in the middle of the vineyards in a remodeled barn. They have 13 labels, and tastings are free. They have traditional Southern muscadine wines in both red and white.

Blue Goose Farm and Vineyards is a family-run winery in Maryville, Tennessee in the valley of the Great Smoky Mountains. 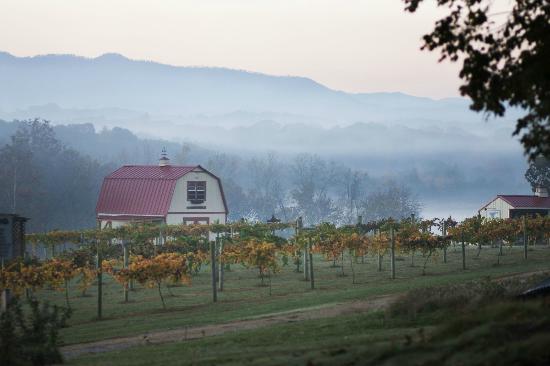 The award-winning winery grows muscadine grapes, which are sweet and hardy. The winery also hosts weddings and other small-scale events.

Mark Griffith started the winery when health issues forced him out of his job as security director at a nearby hospital. The first vineyard was planted in 2005 and the first harvest was in 2007-08. State legislation in 2012 allowed his dream of having a winery to become a reality.