Portland isn't called the City of Roses for nothing. It is home to the International Rose Test Garden in Washington Park. It boasts more than 7,000 rose plants of about 550 varieties. The roses bloom from April through October with the peak typically coming in June. New rose cultivars are continually sent to the garden from many parts of the world and are tested for color, fragrance, disease resistance and other attributes. It is the oldest continuously operating public rose test garden in the United States. 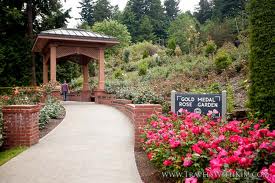 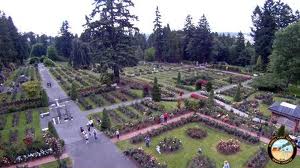 The primary purpose of this garden is to serve as a testing ground for new rose varieties. The City of Portland Gold Medal Awards are issued annually to the best introductions. The first "Gold Medal" rose award was given in 1919, making it the oldest rose testing program of its kind in the United States. Portland is the only North American city to issue such awards. These award winning varieties are planted in the Gold Medal Garden.