Washington Park is a public urban park in Portland, Oregon. It includes a zoo, forestry museum, arboretum, children's museum, rose garden, Japanese garden, amphitheater, memorials, archery range, tennis courts, soccer field, picnic areas, playgrounds, public art and many acres of wild forest with miles of trails. Washington Park covers more than 410 acres on mostly steep, wooded hillsides which range in elevation from 200 feet at 24th & W Burnside to 870 feet at SW Fairview Blvd. It comprises 159.7 acres of city parkland that has been officially designated as "Washington Park" by the City of Portland, as well as the adjacent 64-acre Oregon Zoo and the 187-acre Hoyt Arboretum, which together make up the area described as "Washington Park" on signs and maps.

Washington Park is one of the oldest parks in the city, with its history dating back to 1871 when the city purchased the property. 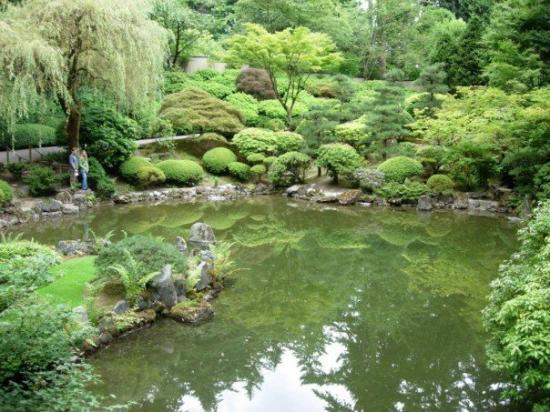 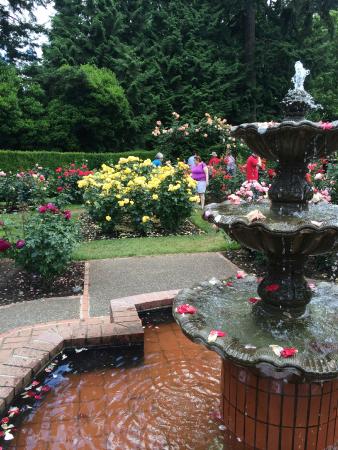 Washington Park is one of the oldest and most widely used parks in Portland. The city purchased the original 40.78 acres in 1871 from Amos N. King for $32,624. Portland’s population at the time was 8,000, and many people questioned the purchase, since cougars roamed the hills and the site was thick with brush and timber. It wasn’t until years later that logging and the installation of a cable car made the park more accessible. The city hired Charles M. Meyers, a seaman and a native of Germany, as its first park keeper in the 1880s.  Meyers, who had no formal training, began to develop the park using his memories of European parks as a guide.

In the early 1900s, sentiment began to change. City Park, as it was then called, had developed from a wilderness to a place of drives, walkways, formal plantings, lawns, clipped hedges, ornamental flower displays, and a zoo. In 1903, John C. Olmsted proposed changing its name, moving the main entrance to Park Place, separating vehicular traffic from foot traffic and restoring some of the formally planted areas with native shrubs and ground cover. In 1909, the park's name was changed to Washington Park.

The last major addition to Washington Park was made in 1922, when the entire 160-acre County Poor Farm was transferred to the Park Bureau. The southern half of the property was developed into the nine-hole West Hills Golf Course, and the remainder was designated as a municipal arboretum in 1928.

Washington Park is also the site of Portland’s first zoo, which Dr. Richard B. Knight began as an animal attraction in the mid-1880s. Dr. Knight was an English-born seaman who became a pharmacist upon moving to Portland. He purchased two bears (a grizzly named Grace and a brown bear named Brownie) along with other animals from his seafaring friends and exhibited them on a vacant lot next to his downtown pharmacy. By 1887, the popular collection had outgrown its quarters, so Dr. Knight donated the animals to the city for a zoo.

The animals were moved to the area near the current reservoirs. The collection grew rapidly. By 1894, there were about 300 specimens, mostly North American species plus some monkeys, a kangaroo, and some foreign birds. The city park keeper, Charles Meyers, became the zookeeper as well. He constructed the bear pit, believed to have been the first sunken, barless enclosure in the world. In 1925, the zoo moved to a higher location, the present site of the Japanese Garden. The zoo opened at its present location in 1959 and in 1971 its management was given to Metro, under which it has continued to thrive.