The Hamilton Richardson Residence was constructed in 1873 and is an elegant cream city brick Italianate style house. The home has had little remodeling since it was built.

The style of the house is Italianate with a few Greek Revival flourishes thrown in, such as the triangular pediment on the facade. 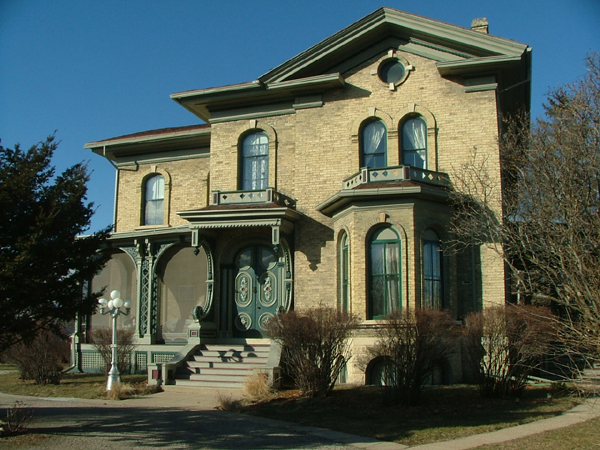 Hamilton Richardson was a businessman originally from New York. He moved from New York to Milwaukee, and then to Racine. He eventually ended up in Janesville where he worked as a hardware dealer. Once he was settled here, he ran and won a seat in the Wisconsin State Legislature in 1864. He briefly left public service to work at the Doty Manufacturing Company, but Richardson turned to government once again and he was elected as a State Senator from 1876 to 1882. The Richardson Residence was built on one square city block. Today, the Richardson Residence is a Bed and Breakfast known as The Guardian Angel.