With its “Go By Train” neon sign perched atop the tall clock tower, Union Station is one of Portland's iconic landmarks. It’s located in Old Town Chinatown at the base of the Broadway Bridge or the Williamette River. Union Station is served by Amtrak passenger trains and multiple daily departures. Added to the National Register of Historic Places in June of 1975, Union Station was completed in 1894. It has been in continuous operation since it was completed. It was designed by the architectural firm of Van Burnt and Howe of Kansas City. The building is in Queen Anne style and features Romanesque details. The exterior consists of stone, brick and terra cotta. The building has three floors. Its clock tower rises to a height of 150-feet high and features a four-sided Seth Thomas clock.

Union Station was built in 1894 and is still a passenger train station today. 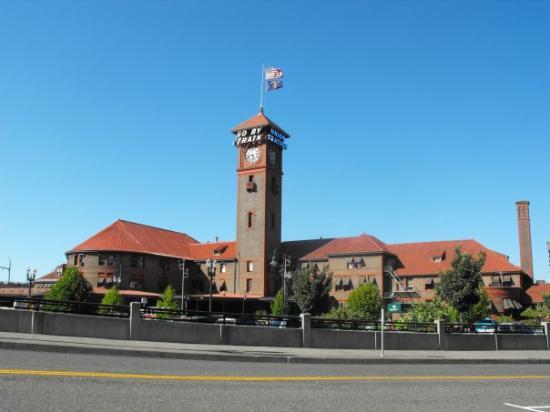 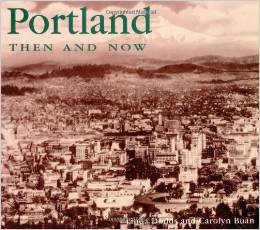 Union Station- Taken from "Portland Then and Now" 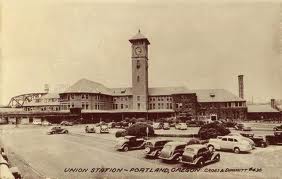 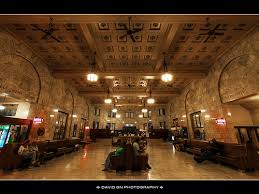 When it was initially built, Union Station featured a number of rooms and offices that catered to its many passing travelers. The Station underwent a renovation in 1930 that was done by architect Pietro Belluschi. The remodel stayed sensitive to the original styling but the interior especially received a more modern facelift. A tall ceiling, columnns and a marble floor were key changes.

Union Station was purchased by the Portland Development Commission in 1987 and received some updates shortly after. The facility has received a handful of improvements and upgrades since that time, notably to modernize it and make regular repairs such as roofing.