The Kronk Gym is a boxing gym located in Detroit, once led by legendary trainer Emanuel Steward. It was run out of the basement of the oldest recreation center of the City of Detroit, and became a household word in the sport of boxing. 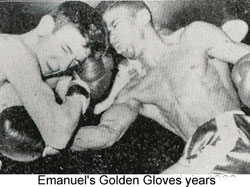 Entrance to the Kronk Gym 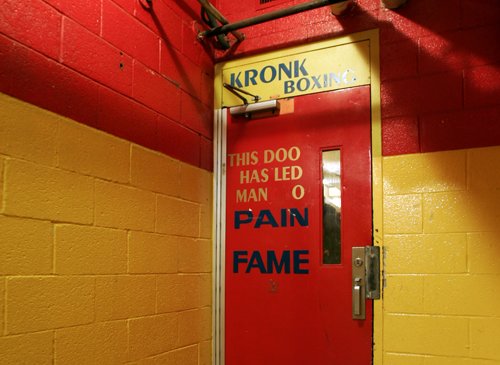 Emanuel Steward who was born in Bottom Creek, West Virginia moved to Detroit, Michigan when he was 11 years old with his mother. After being in trouble over fighting numerous times his mother sent him to the Catholic Youth Organization where he pursued a boxing career. He was the youngest boxer there and found his long term nickname, “Sonny.” After the closing of the C.Y.O. Emanuel found himself in trouble once again, but this time the authorities gave him the ultimatum, join the Lasky Recreation Center or spend time in juvenile custody. After that his boxing career took off, he was began his “golden years.”


In 1962 Steward won the National Golden Gloves Tournament of Champions title in the bantamweight division and received his diamond-studded gloves pendant. Although, he was the only boxer to win an individual title in Detroit, the team won its first team title in 24 years through its teams performance. Steward soon got married and took a break from boxing to focus on his career at Detroit Edison Company. His half brother, James Steward left West Virginia to come to Detroit and live with him. James wanted Steward to train him in boxing and the two headed out to Kronk Recreational Center. The center was used for general recreation, but the two story building whom housed children playing and elders playing bingo, the two used the basement and the boxing equipment there to train.

James Steward won the 1970 Detroit Golden Gloves Championship. And that same year, Emanuel Steward took a coaching position at Kronk Gym that paid $35 a week. Eventually, Steward left Detroit Edison and put his full attention on his mentors and spent a lot of time with the younger ones, for instance, Bernard Mays. The Gym dominated the 80's with many wins and championships. The price to pay was devotion, hard work, sweat and tears.

On March 2, 1980, exactly eight years after Emanuel quit his job at the Detroit Edison company, Kronk had it's first champion in Hilmer Kenty. Although a big underdog, Kenty shocked the world by winning the lightweight championship of the world, knocking out Ernesto Espana in the 9th round. The fight took place at the sold out Joe Louis Arena in Detroit. That night, history was made with Joe Louis himself in attendance. On the same card, Thomas Hearns won the USBA welterweight title by knocking out Angel Espada in four rounds. Hilmer Kenty had a great amateur career. In 1974, he became the National AAU lightweight champion and brought home the National AAU lightweight champion title in 1975.

After the passing of Emanuel Steward there was no real plan in place for the business, the gym closed down but re-opened years later at a new location in 2015.