This statue at Edwards AFB honors General Charles "Chuck" Yeager, the test pilot who became the first human to break the sound barrier while piloting an experimental jet at this base in 1947. Yeager's craft was a derivative of the Bell-XP59A the first experimental jet aircraft built in the United States. The military ordered only a few of the production model Bell P-59 aircraft (one is on display on base), although this early jet helped the American military enter the age of jet-powered flight. 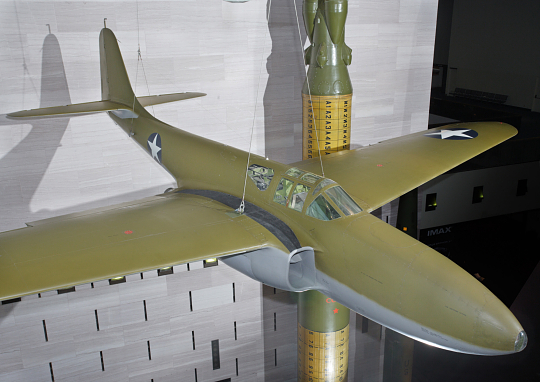 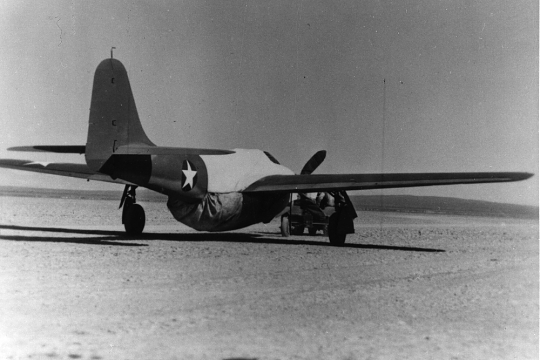 The statue stands Edwards AFB's "Sound Barrier Park," on the corner of Yeager and Rosamond. 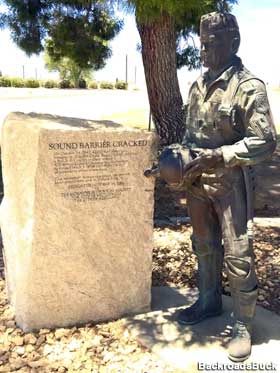 The groundwork for the XP-59A began in September 1941, when the Army`s Air Corps. The American jet program was put into action with the arrival of the British Whittle engine. The company General Electric examined and evaluated the engine, while simultaneously making their own version dubbed the 1-A engine. The project was held on a level of secrecy equal with the Manhattan Project. To keep the project a secret when moving from place to place while fully assembled, they attached a fake wooden prop to it. This was made easier by the fact that airplane profile matched another Bell propeller aircraft.

On October 3, 1941, Bell was contracted to build three of the experimental jet aircraft. The first was completed and shipped to California for testing.  In keeping with the task of keeping the program secret the plans were designated with name XP-59A. Which was a similar name of propeller plane program bell was working on. During the design process of the plane, the engineers` only limitation in design was to accommodate the twin 1-A engines. The XP-59A made its first flight October 1, 1942, however, since there was no military official present it did not count. The first official flight took place the next day.

The plane itself was able to reach a top speed of 413 mph at 30,000 feet and could go as high as 46,000 feet at cruising speed. Although the planes propulsion systems were revolutionary, it had control problems that made it unsuitable for use in a dog fight. It was, for this reason, the plane never made into battle. The planes were used instead as flight trainers for preparing pilots for the next generation of aircraft. Bell`s test pilot and on-site manager for the plane was Robert M. Stanley.