The Bass Harbor Memorial Library is a small Colonial Revival style brick building located in the village of Bernard in the town of Tremont, Maine. The Bass Harbor Library is one of the most visually distinctive building in town and is the only extant building with formal Colonial Revival style features. The Library currently serves as a vital and vibrant community center for the people of Tremont and Mount Desert Island. The Library strives to enrich the lives of Tremont community members and visitors alike by providing access to books, media, and information; promoting a love of reading; and offering programs that celebrate the resources of our community. The Bass Harbor Memorial Library offers a variety of programming such as author readings and signings, children's programming and summer camps, art and writing workshops and an annual celebration of local author Ruth Moore. 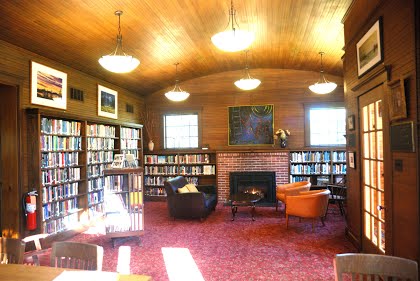 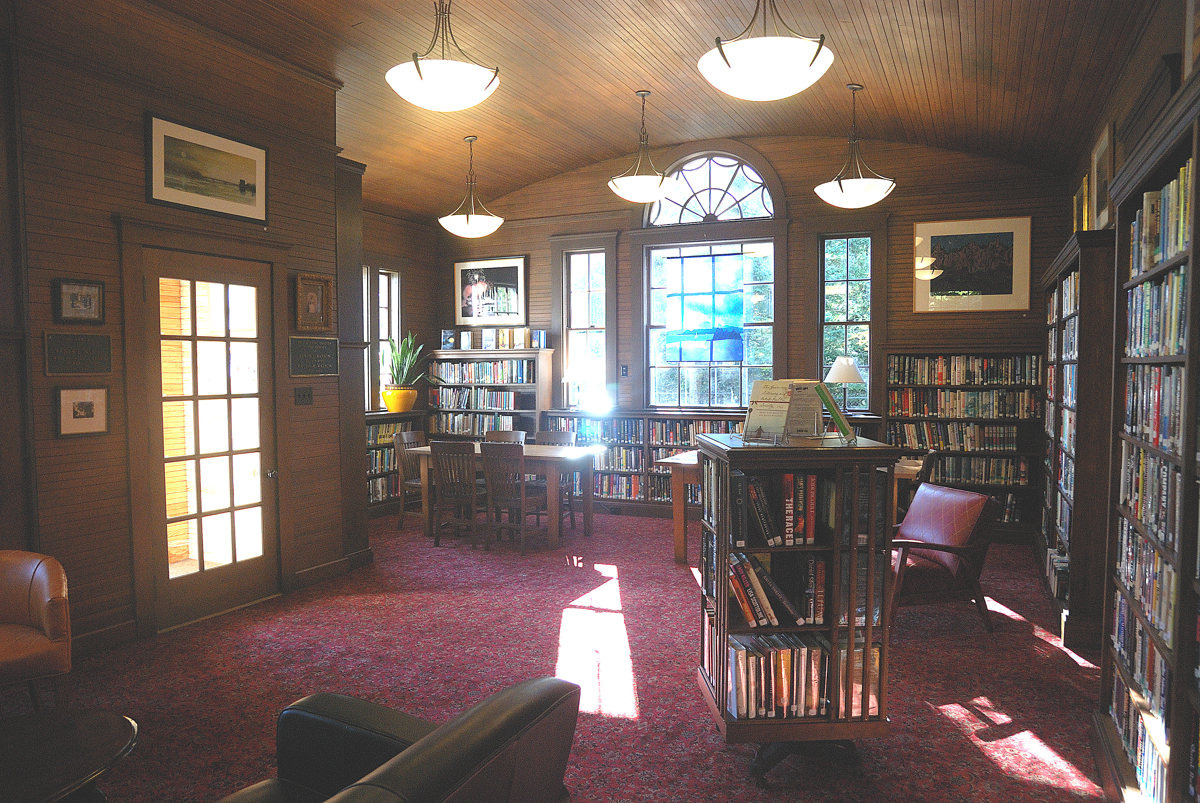 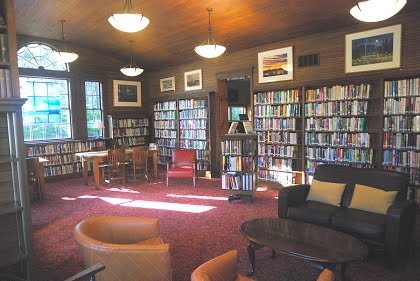 Tremont was settled in 1762 and in 1848 was set off from Mount Desert under the name Mansel, which was then quickly changed to Tremont, for three prominent mountain peaks within the town's boundary. Along with the villages of Seal Cove, Gott's Island, West Tremont, Bass Harbor and Bernard the Town of Tremont also included the populous village of Southwest Harbor, near the southern end of Somes Sound, until 1905. A library had been established in Southwest Harbor in 1884. Perhaps anticipating the succession of Southwest Harbor from the town of Tremont Vesta McRea started collecting volumes around the turn of the century for a separate library to be established in Bass Harbor, four miles beyond Southwest Harbor. As recorded for the first time in the 1901-02 Maine Register. McRea had accumulated 200 books for her unamed library. McRae is identified in the 1910 Federal Population Census, as a "librarian" for a "public library", but tradition maintains that the facility was located in her own home, which was said to have been located across the street from the present site.

A photograph in the collection of the Bass Harbor Memorial Library labeled "Library Bass Harbor" depicts the wood frame, three bay gable front Greek Revival domestic structure. Another photograph, also in the library's possession, shows Mrs. McRae seated in a rocking chair positioned in a small room, presumably in her house, with walls lined floor-to-ceiling with books. By 1904-05 the number of volumes had grown to 800, and by 1920, when it was being maintained by her daughter-in-law Stella McCrea, the collection contained 1200 books.

After the Library was constructed in 1922 Rhoda M. Watson established a trust to maintain, manage and control the land and building until such time as the town voted to accept the library and land as a gift. Furthermore, the trustees were to run the building for at least the first five years after the town voted to accept the property, after which the town would be responsible for electing the Board of Trustees. The town accepted the gift in 1923, but the property was not fully conveyed to the town until September 20, 1933.

The man who built the Library, and may have been responsible for its design, was Charles Lawson, Rhoda M. Watson's younger brother. According to census records and information on file at the Library, Rhoda and Charles were raised by their grandmother and uncle in Tremont after first their mother and then their father died. Initially, Lawson "took to the sea" but eventually Lawson and his family settled in Boston, and established his career as a builder in Massachusetts and Maine. Both siblings were summer residents of Maine, with Charles Lawson said to have built a family house and cottage in Bernard, a summer house in Manset for Rhoda Watson, and the West Tremont Church. An article in the Ellsworth, Maine newspaper from 1937 indicates that Lawson was responsible for building houses for over thirty years in Jamaica Plain and Newton, and that in addition to the Library his best known commission was the 1913 Faneuil Congregational Church in Boston, now demolished.1

A major renovation to the Library's Main Reading Room was completed in 2009.