The Governor Duncan Mansion is a Georgian style house that was built in 1835. It was the home of Joseph Duncan, who served as the governor of Illinois for four years from 1834 to 1838. The home is now on the National Register of Historic Places and is available for tours throughout the summer months. 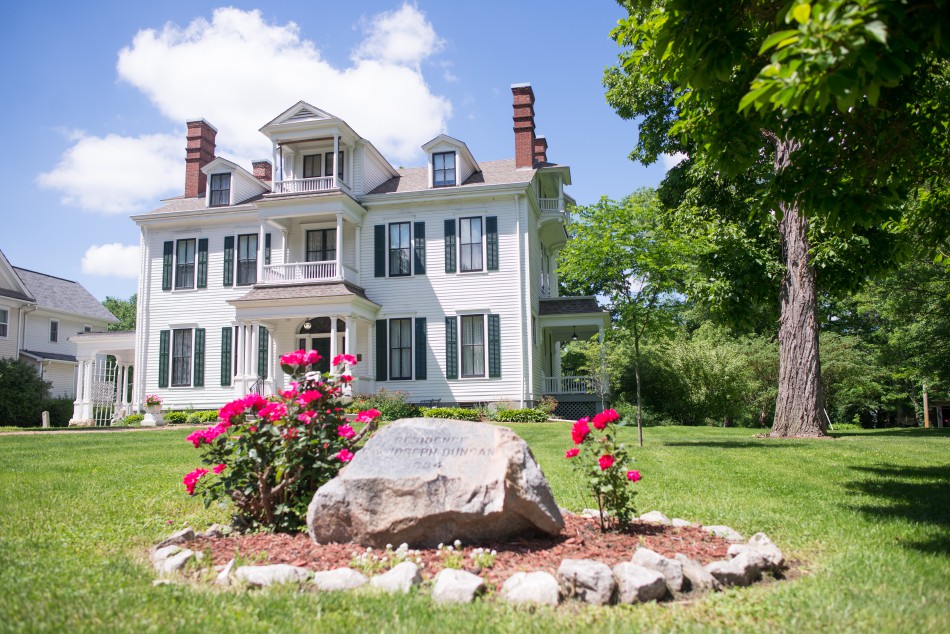 The Duncan Mansion was built specifically for Joseph Duncan and his family.  The home began construction in 1833 but was not completely finished until 1835.  After Duncan became governor in 1834, the house became the governor's mansion, and is still the only home outside of Springfield to be designated as such.  Vandalia and Kaskaskia, the two towns that were the capitol of Illinois prior to Springfield, had never had official governor's mansions.  Duncan lived in the mansion throughout his years in office, which saw the invention of the steel plow and the murder of abolitionist Elijah P. Lovejoy in Alton.  There is also a legend that Abraham Lincoln once visited the home.  There is no proof of this, but it is entirely plausible since Duncan was governor of Illinois while Lincoln was a state representative, and Lincoln had ardently petitioned for the capitol to be in Springfield, which allowed Duncan to live at the home in Jacksonville.

The mansion is a historic tourism site in Jacksonville and is open for guided tours.  The home has preserved to its early 19th century look, and many of the Duncan's original furnishings are on display in the house.  Every August an Ice Cream Social is held on the grounds of the old mansion, allowing visitors to enjoy a truly Victorian era tradition in this historic setting.  The Duncan Mansion is a beautiful reminder of Illinois's political history.