The Virginia State Monument is 1 of 1328 monuments erected on the Gettysburg battlefield. This monument was erected to show where Robert E. Lee watched Picketts Charge on the third day. Pickett’s Charge was the last ditch effort by Lee to push the union off the field of battle and send them running back to Washington at least in his mind. The charge was about a mile long and the land was a constant grade uphill. As soon as the Confederates stepped out from behind the tree line that they had been using to conceal their movement they were being watched by every Union soldier on Cemetery Hill. The Objective of the charge has been debated throughout history and the popular belief as shown in the movie Gettysburg was the copse of trees in the middle of the battle field. In a paper released by the Gettysburg National Military Park they believe that the actual objective was Zeigler’s grove which was more noticeable when on the battlefield. 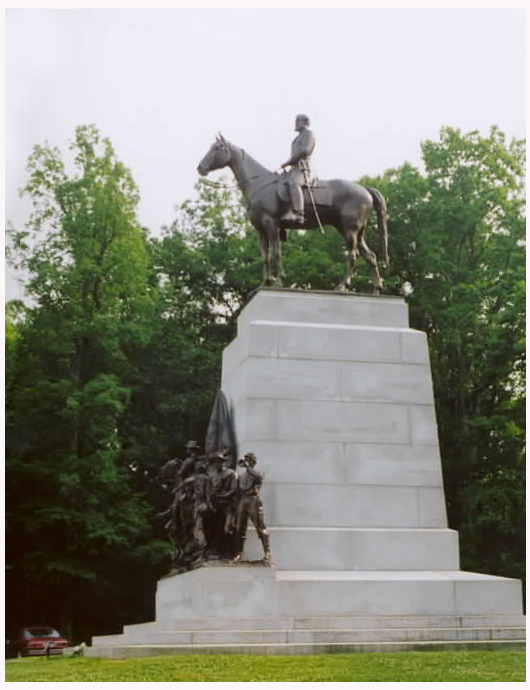 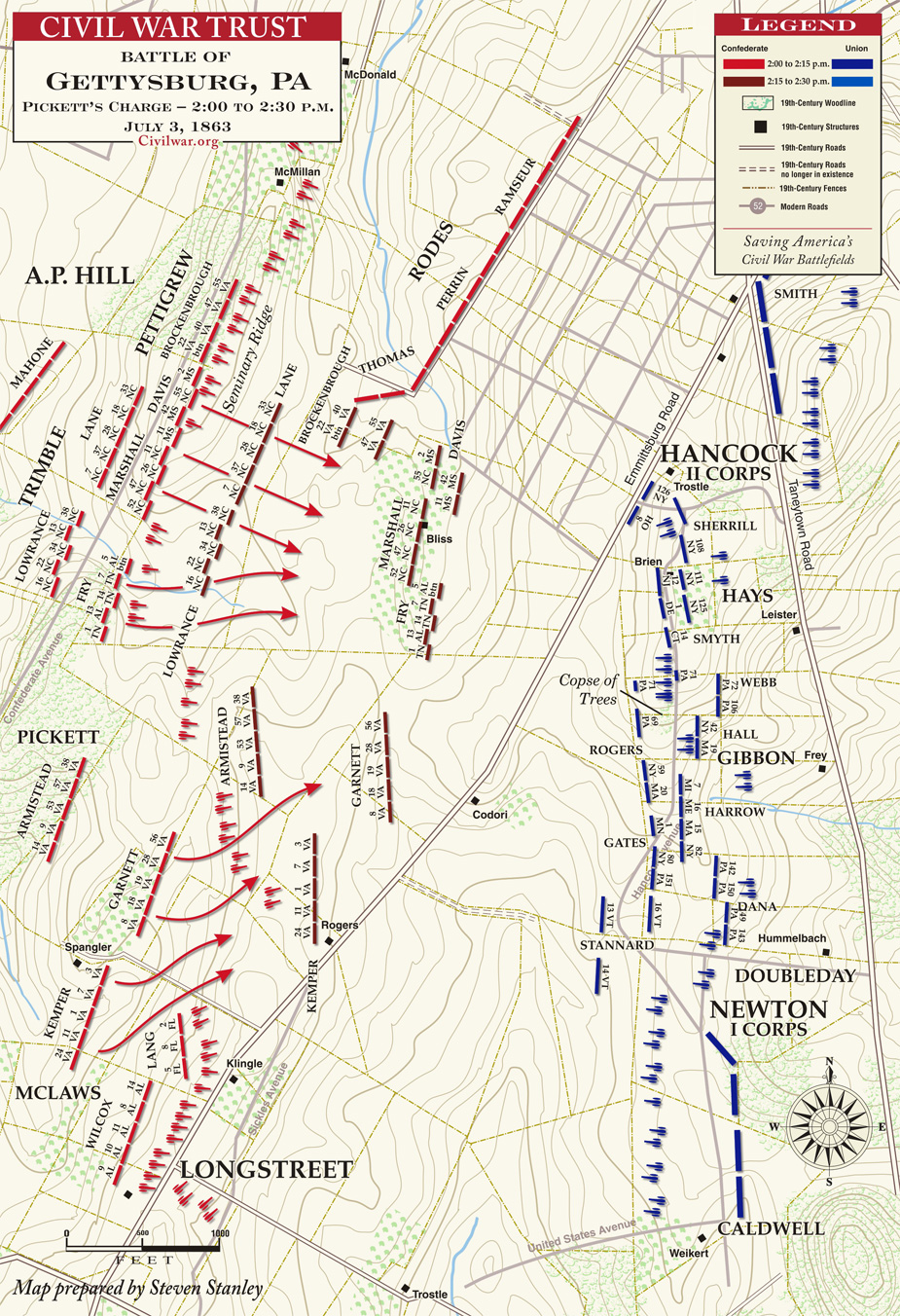 Pickett’s Charge was the last ditch effort by Lee which arguably could have been avoided had some errors not occurred throughout the 2 days of battle that preceded it. The charge had approximately 12,500 soldiers take place or about nine regiments of Infantry that were on both sides of the field. Pickett was used as the main general in the battle due to the fact that his men had not been involved in the fighting in the past two days. His men may not have seen battle, they were forced march once news broke that fighting was taking place at Gettysburg.

The Confederates broke the Union line for a little bit of the battle but were soon repulsed and this point is called the High Water mark. The Charge resulted in Pickett losing over 50% of his men, the total casualty count for his men was 2,655. The monument called the Virginia State Monument which is to represent where Lee watched the Charge unfold and where he rallied his men trying to get them to dig in for a counter offensive. The Monument is him riding on top of his horse Traveler, with seven Confederate soldiers underneath him to represent the different parts of life men gave up to follow Lee into battle.