This Romanesque Revival home was completed in 1894 by lumber baron David Whitney Jr, Detroit's wealthiest man at the time. The 22,000-square-foot mansion cost almost $1 million to build and furnish. It contains 52 rooms, Tiffany glass windows, and plenty of intricate woodwork throughout, befitting the home of a lumber baron. The mansion is now home to The Whitney, a fine dining restaurant. 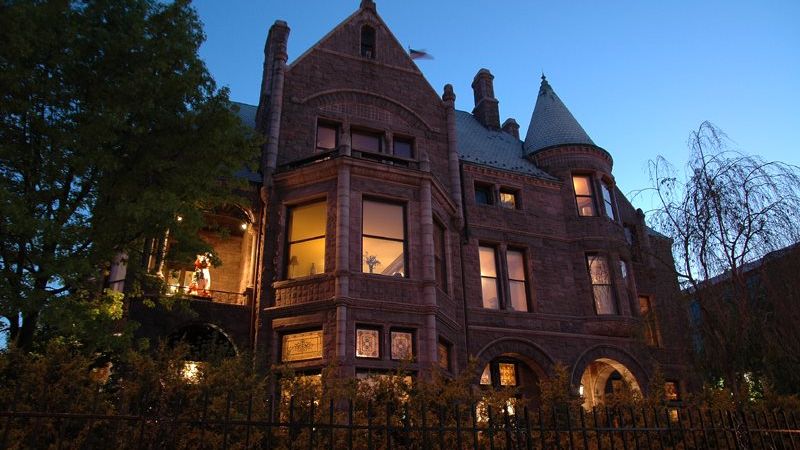 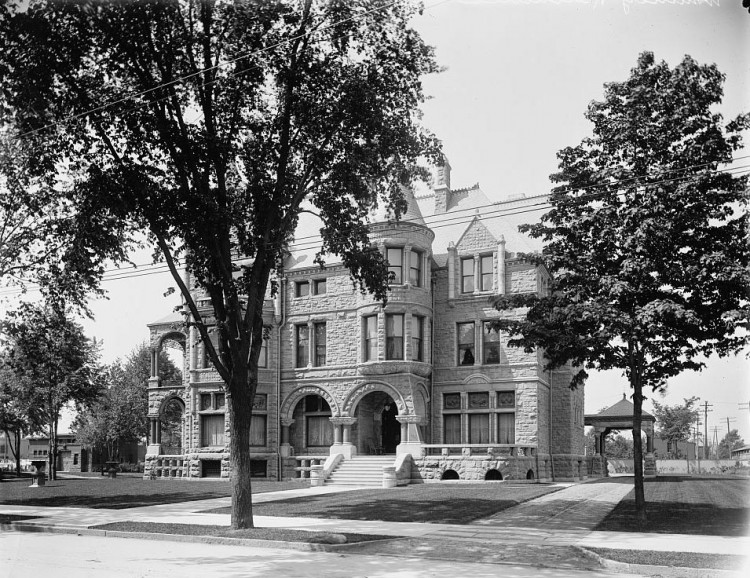 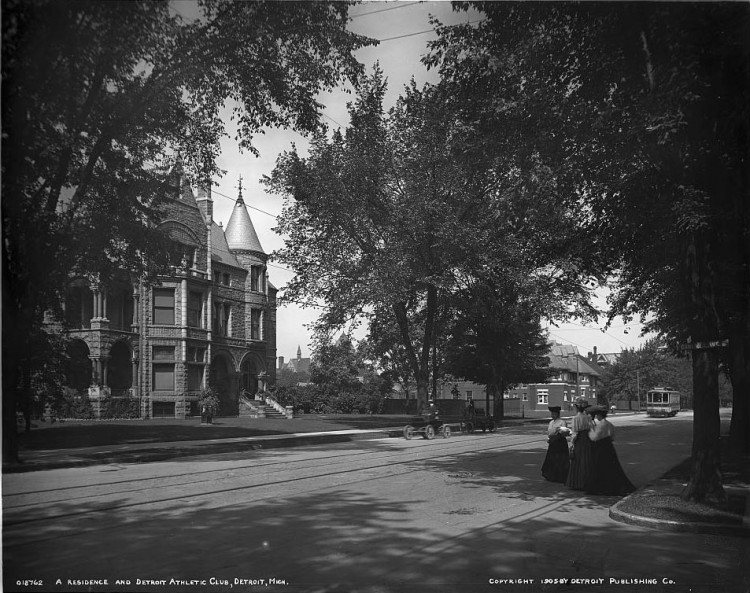 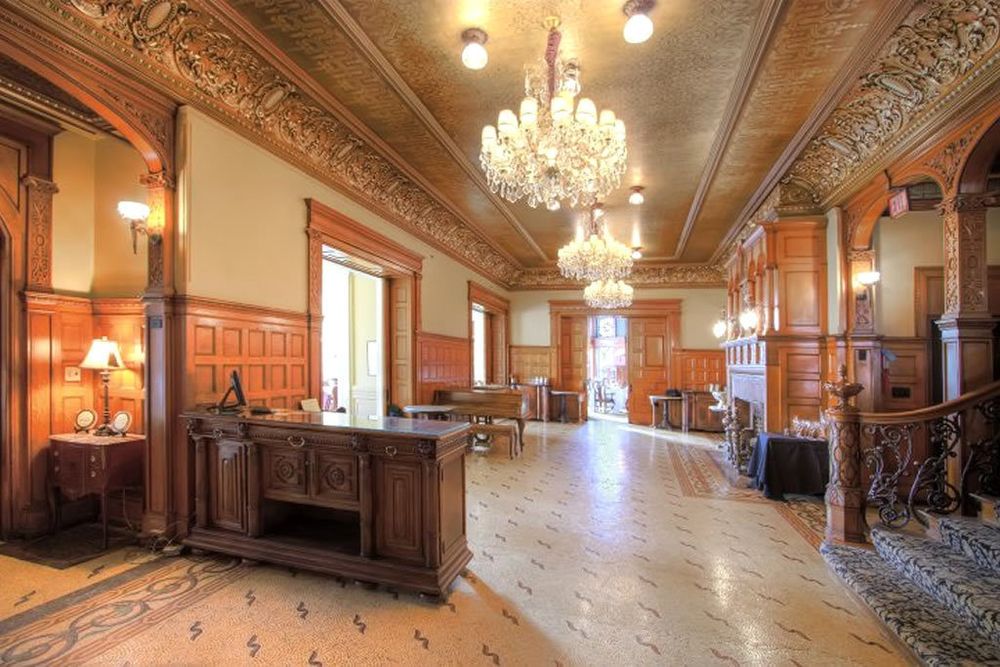 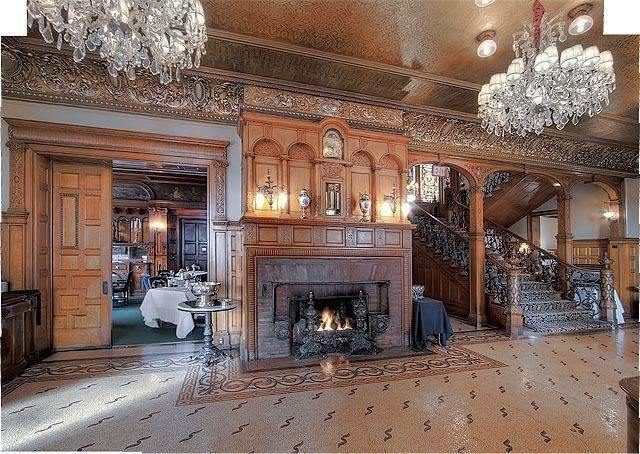 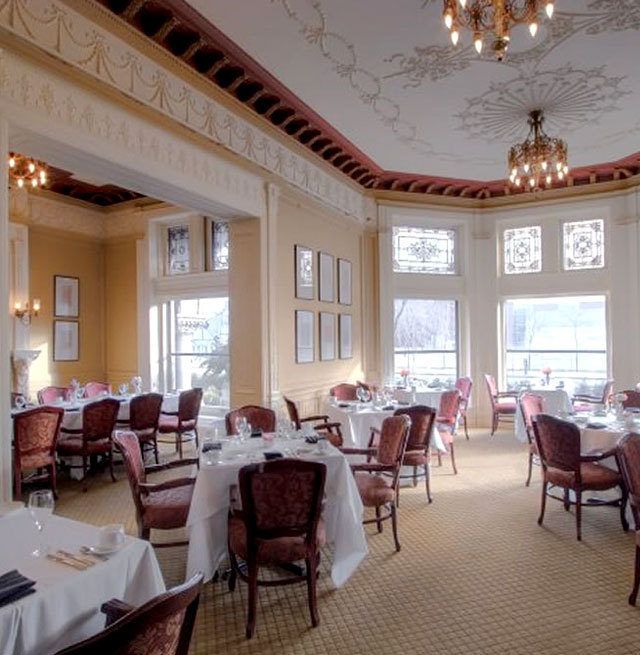 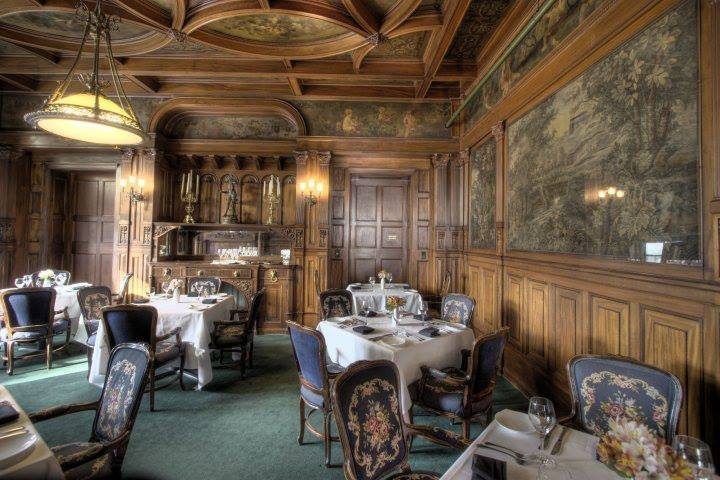 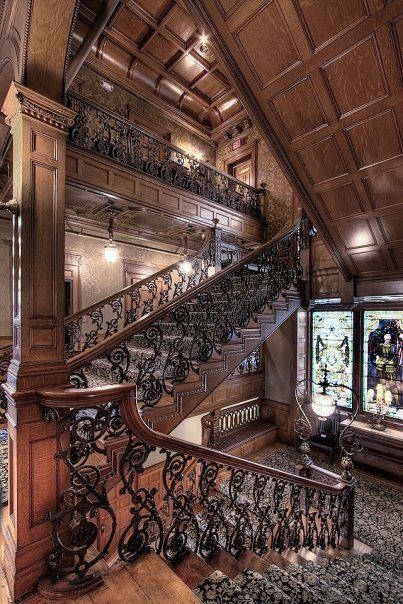 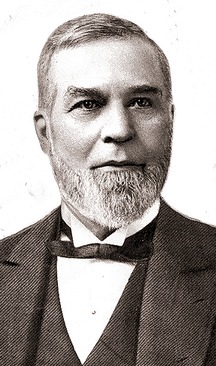 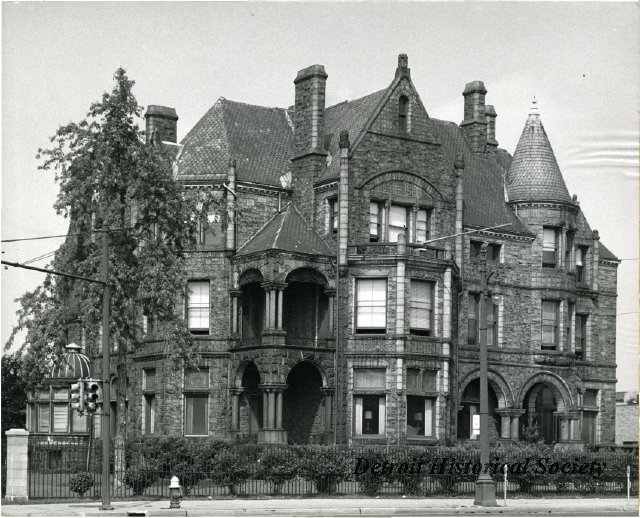 The Whitney mansion is everything you would expect the home of Detroit’s wealthiest man to be. David Whitney Jr was a lumber baron, a real estate speculator, and a banker. At one point, the lumbering company that he owned with his brother Charles was the largest lumber dealer in the US. He also bought property at Grand Circus Park before it was developed and when it was still on the outskirts of downtown. (The David Whitney Building, one of Detroit’s most iconic skyscrapers now stands in the place of an office building he built on his Grand Circus Park property.) At the time of his death in 1900, Whitney was worth about $15 million, or $338 million adjusted for inflation. 1

Architect Gordon W. Lloyd designed the Woodward Avenue home in 1890 in a Romanesque Revival style. Completed four years later, the mansion itself cost about $400,000 (around $10 million today) with an additional $550,000 spent on decorating and furnishing the interior. The home is 22,000 square feet and has 52 rooms, 218 windows, 20 fireplaces, and Detroit’s first residential elevator.2 Its exterior is made up of rose and gray granite shipped from South Dakota. The carriage house to the back of the home was the largest in the state when it was built and featured an elevator large enough to bring carriages to the second floor.

The massive grand hall entrance has an intricate mosaic tile floor, oak paneling, carved archways, a large fireplace, and the spectacular grand staircase. The hall connects the other main rooms on the first floor: the reception, drawing room, library, dining room, and music room. A fake wall in the dining room swings open to reveal a secret vault. The ballroom and bedrooms make up the second floor, with an art gallery, more bedrooms, and servants’ quarters on the third floor. Intricate woodwork, large pocket doors, and stained-glass Tiffany windows are found throughout the entire home. Thomas Edison himself designed the original lighting in the home, which could be switched between new-fangled electric light bulbs and the more reliable gas lanterns.3

David Whitney Jr only lived six years in this extravagant mansion, passing away in 1900. His widow Sarah lived there until her death in 1917, and then it was mostly occupied only by a caretaker. In 1932, the family allowed the Wayne County Medical Society to move in, donating the home to the society completely in 1941. The Medical Society moved out in 1957, but the Visiting Nurses Association operated out of the home until 1979. At that time, in danger of being demolished, Richard Kughn bought the mansion and invested about $3 million into renovating it into a fine dining restaurant. The Whitney opened in 1986 and is known as one of the finest dining establishments in Detroit today.