Bankers Life Fieldhouse opened on November 6, 1999 when the Indiana Pacers started the 1999-2000 season against the Boston Celtics. Prior to the stadium's completion, the Pacers played at Market Square Arena-a stadium that held 17,000 but lacked the luxury suites and expansive concourses of many modern stadiums. The $183-Million-dollar arena was the first in the NBA to feature "retro" designs that hearken back to the early years of professional basketball prior to the merger of the ABA and NBA. Ellerbe Becket designed the stadium, and included many features that pay tribute to high school basketball arenas and the state's unique basketball heritage as depicted in Hollywood films such as "Hoosiers." Despite that heritage, team owners threatened to leave the state until city leaders agreed to a $160 million dollar package in 2014 that included tax incentives and multi-million dollar renovations of the stadium.

Bankers Life Fieldhouse opened in 1999 and became the first stadium designed for a NBA franchise to include "retro" design features. 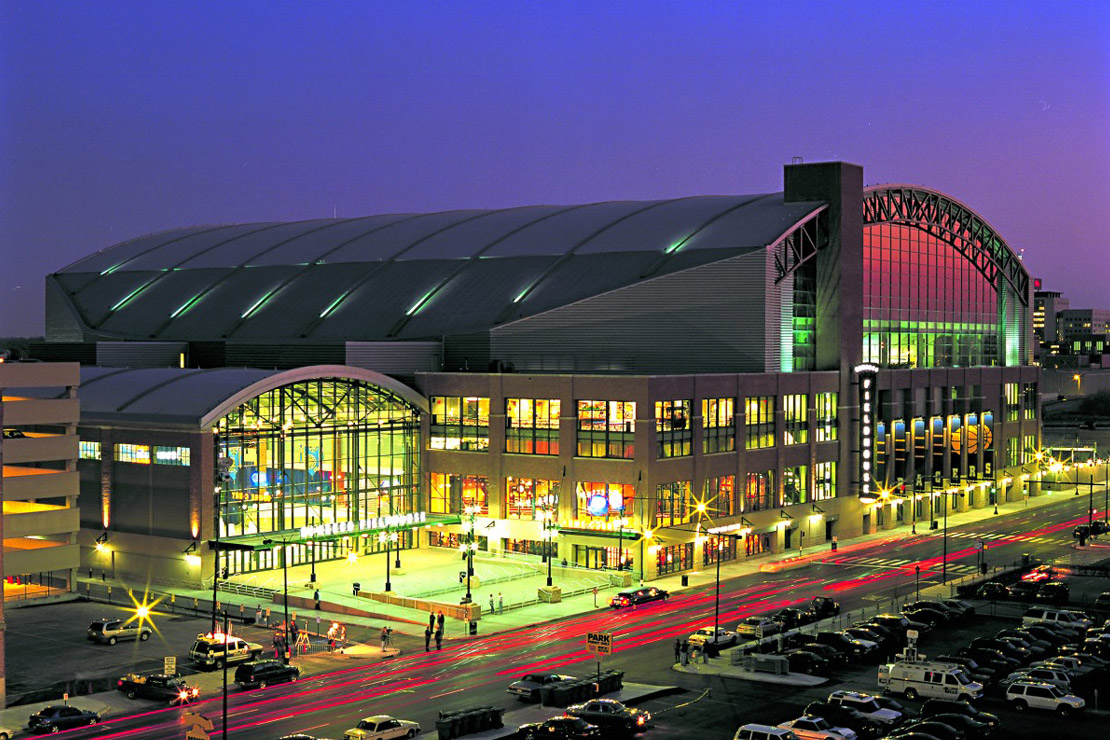 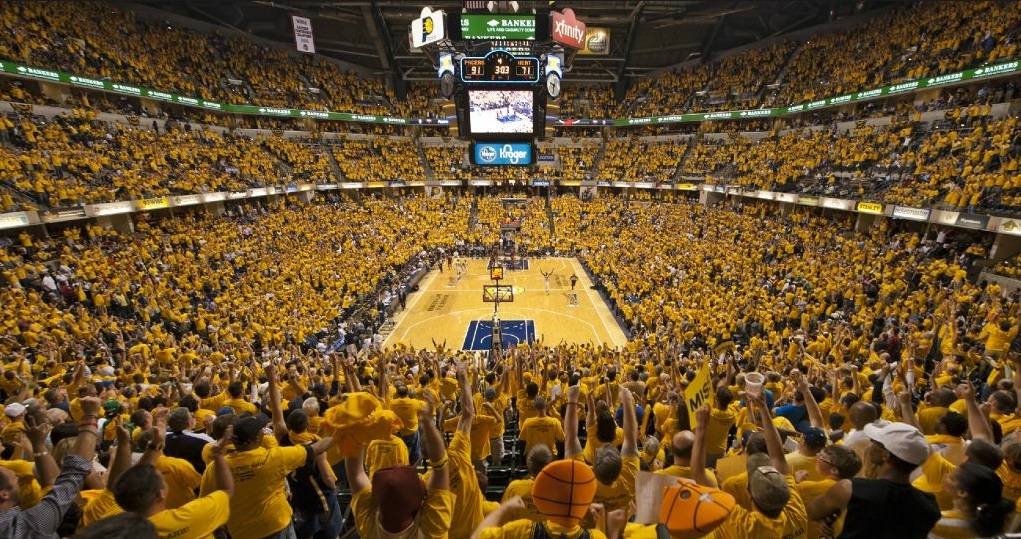 The stadium holds up to 18, 345 people and is also the home of the only women’s professional basketball team in Indiana, the Indiana Fever. 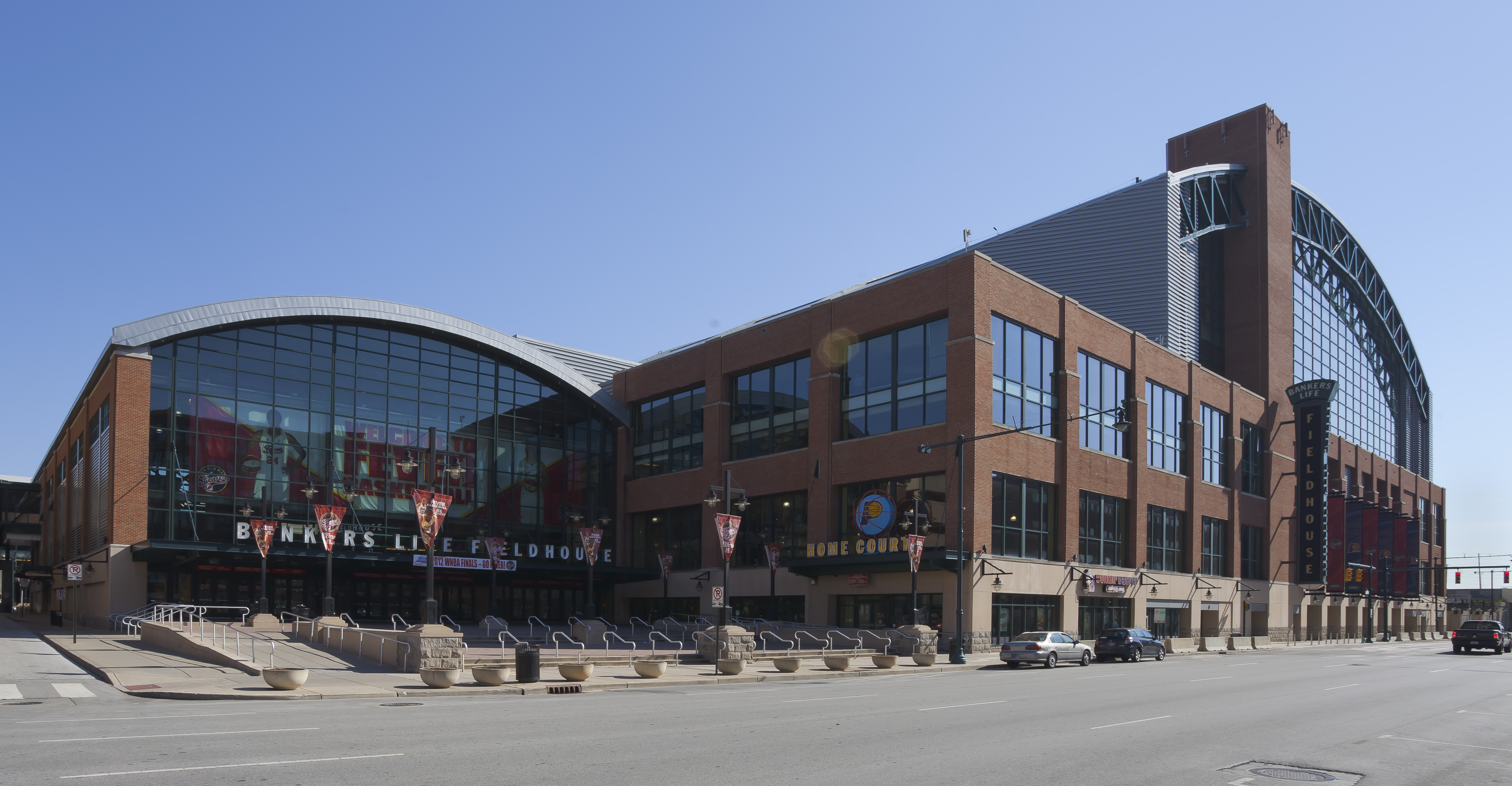 Construction of Bankers Life Fieldhouse began on July 22, 1997 and took over two years to complete. The $183-Million-dollar arena is the first retro-styled facility in the NBA. During the construction of the arena, contractors had to bring in the world’s largest crane in order to install the tresses on top of the building. The crane was so big that it was dissembled to be transported to the construction site and reassembled once on site. The stadium includes 69 luxury suites, special concourses and a grant entry pavillion, special accomodations for those with courtside tickets, and 2,400 club seats.

Although the arena holds several different types of events on its floor such as wrestling, concerts, arena football, the main event is basketball and the Indiana Pacers. The Indiana Pacers are a professional basketball team in the National Basketball Association (NBA). The Indiana Pacers were formed in 1967 and joined the NBA in 1976. The Pacers received their name from a decision of many investors who insisted a name from the Indianapolis origin. Because Indianapolis is famous for the Indy 500, the investors chose the Pacers as the team mascot as a reference to the pace cars used in the historic race.

Inside the Bankers Life Fieldhouse there is a huge 10,000 square foot store, one of the largest stores around in the NBA arenas. The Indiana Pacers also have a practice court attached to the stadium, surrounded by a glassed in area overhead the practice court where fans can walk in and watch the Pacers practice anytime.

The arena was home to the 2016 Women's Final Four. This was the UConn Huskies' fourth straight title, their last title to date, and Breanna Stewart's fourth Most Outstanding Player of the Final Four award. It was also Breanna Stewart's last ever collegiate game.