The Second Presbyterian Church is one of the most well-known in the city of Chicago. The building exhibits a remarkable fusion of styles, between the Gothic-style trefoils and gargoyles of the original 1874 structure, and the Arts & Crafts and Pre-Raphaelite redecoration that occurred in 1900-1901. Some particularly notable features include its stained glass windows by Louis Comfort Tiffany and his studio, as well as large mural of the Tree of Life by Frederic Clay Bartlett above the altar. The church became a Chicago landmark in 1977, and was added to the List of National Historic Landmarks in Illinois in 2013. 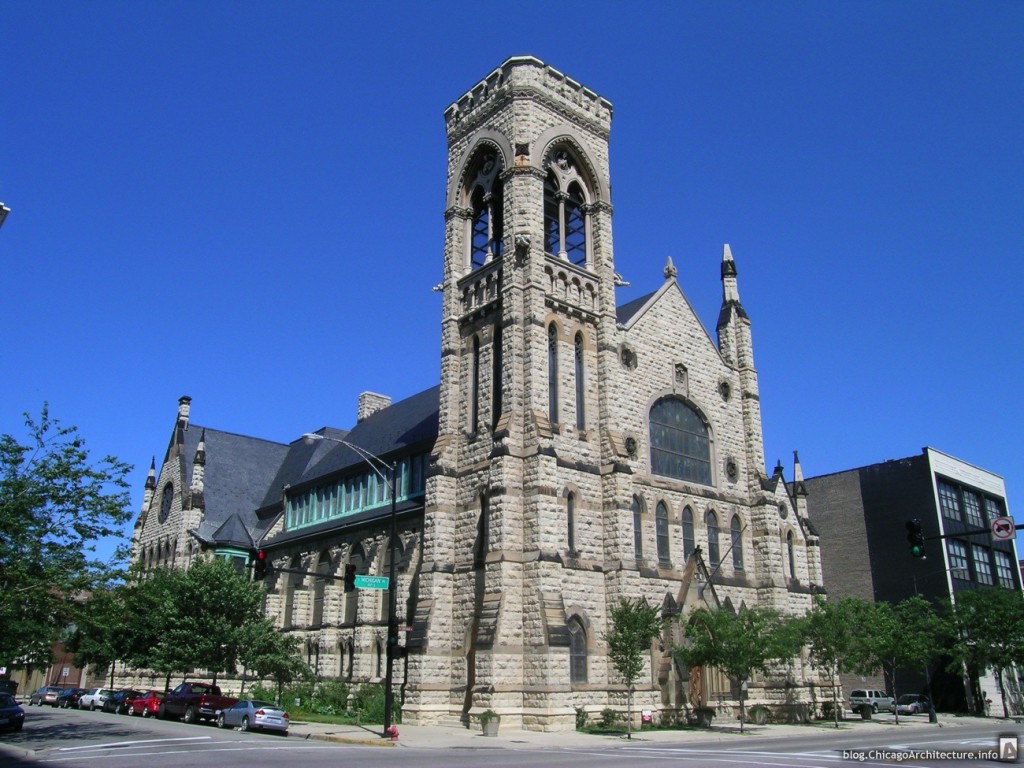 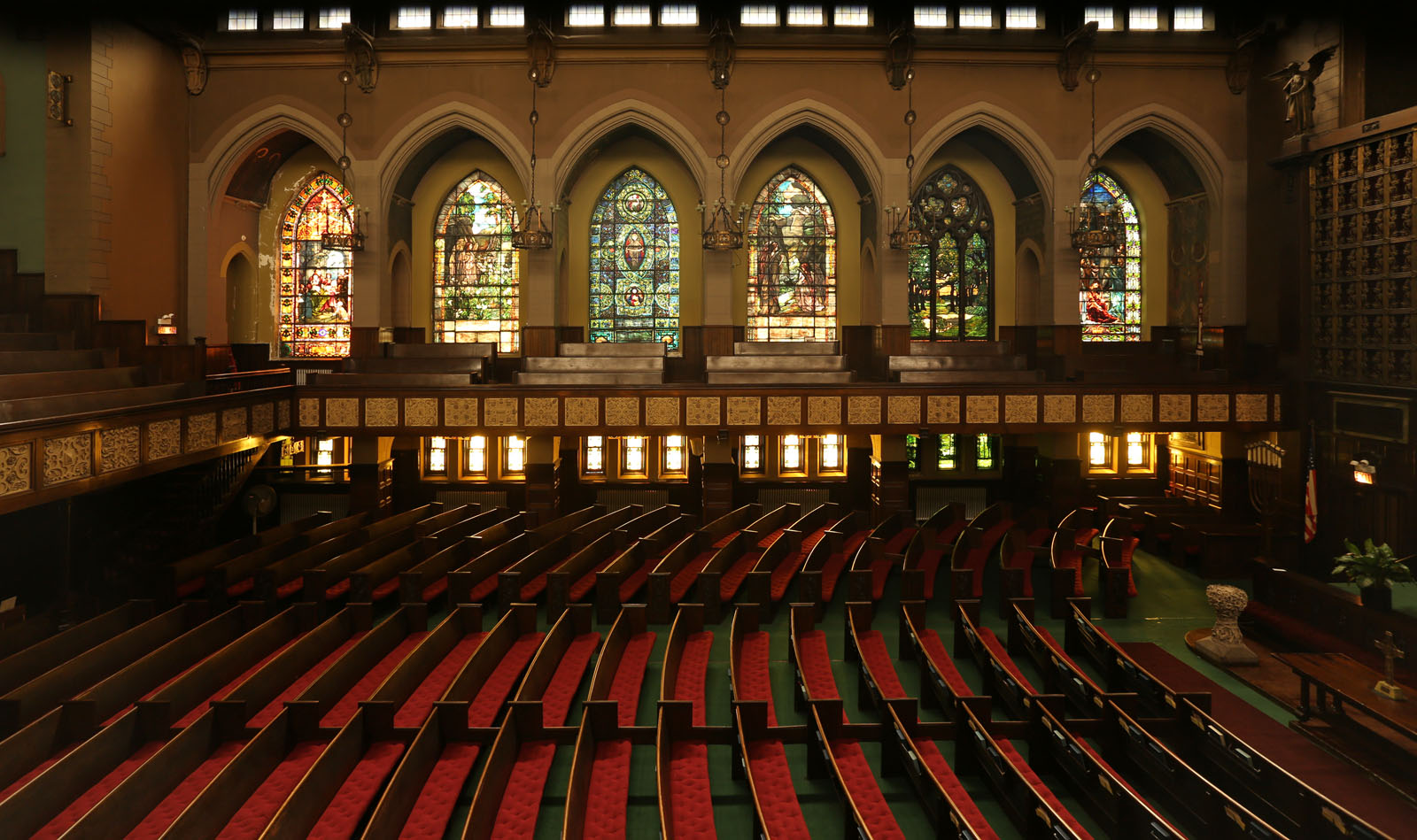 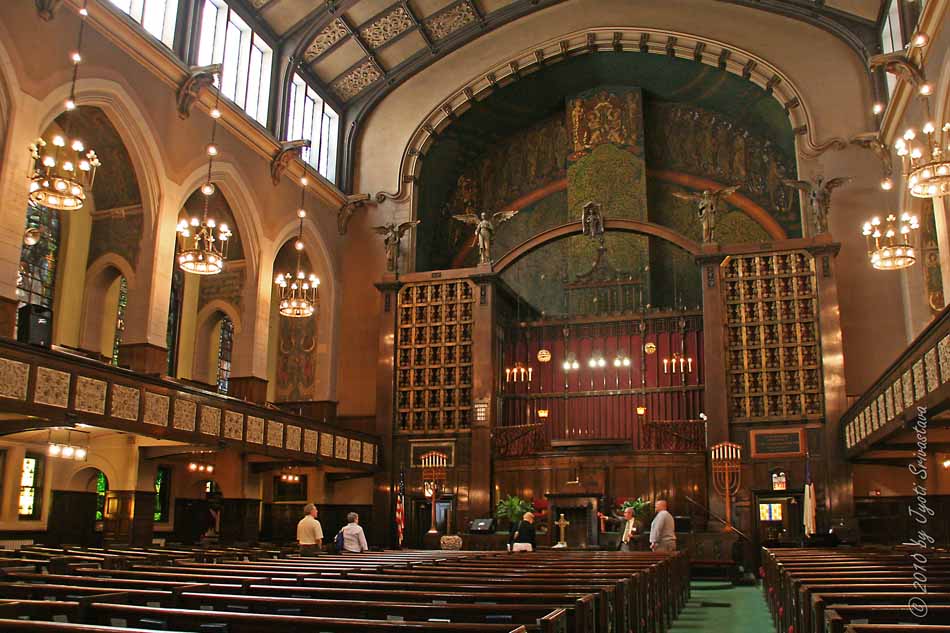 The congregation was founded in 1842. They held their first services in a simple frame structure at the junction of Randolph and Clark the following year. A new building was made in 1851: the "Spotted Church", so-called for the bituminous tar-encrusted limestone used in its walls.This church was designed in a Gothic Revival style by the prominent New York architect James Renwick, Jr. (whose other designs include St. Patrick's Cathedral in New York City, the Cathedral of St. Augustine in St. Augustine, Florida, and the Smithsonian Institution Building in Washington, D.C.).

In 1871, after having merged with Olivet Presbyterian, the congregation of Second Presbyterian decided to construct a new and larger church. In October that year, the "Spotted Church" burned down during the Great Chicago Fire. James Renwick, Jr. was once again commissioned to draw up the designs of the replacement church. Construction started in 1872, and it took two years to complete. In 1884 a tower was added, in which a bell weighing 4,101 lb. made by the Clinton H. Meneely Bell Company was fitted.

The church was located in one of the historically wealthiest parts of the city. Amongst the regular attendees in the congregation - which in 1872 had grown to nearly 2,400 members - were the farm-supplies industrialist John Glessner and his family, the railroad car engineer and manufacturer George Mortimer Pullman and his family, and Mary Ann Todd Lincoln, First Lady of the United States between 1861 to 1865 and widow of President Abraham Lincoln.

Between 1892 and 1918 a series of nine windows made by Tiffany Glass and Decorating Company and Tiffany Studios were installed in the church (additional ornamental windows were later designed and installed by Edward Burne-Jones, Louis J. Millet, McCully & Miles, and William Fair Kline). However, in 1900 the church was heavily damaged by fire. It was subsequently restored by architect Howard Van Doren Shaw according to the styles of the American Craftsman movement. Following these restorations an organ made by Hutchins-Votey was installed in the church.

The congregation shrank during the 20th century, as the surrounding area declined through social and economic changes. By the late 1960s the congregation was as low as seventy members, but after it became a designate Chicago landmark in the 1970s there has been much attention given towards preserving the art and architecture of the building. Services continue to be held on Sundays, and it serves as a hub for community identity-formation amongst Presbyterians in the South Loop. Visitors can admire many of the original features of the church, including  magnificent Pre-Raphaelite style murals designed by Frederic Clay Bartlett.