The Red Stockings Ball Park that was located at Compton Avenue and Gratiot Street, existed from 1867 to 1898 when it was razed. It was also known as Compton Avenue Ball Park or Compton Park due to its location. Often times, it would not only be used for baseball but for other events as well, such as: bicycle races, shooting clubs, firework displays, and numerous other events as well. 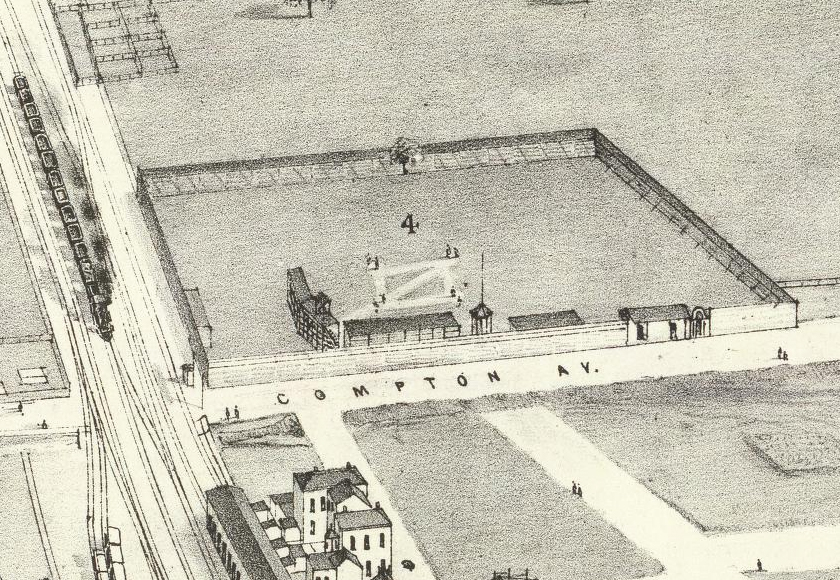 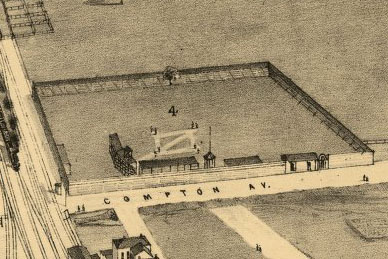 Location of the ballpark 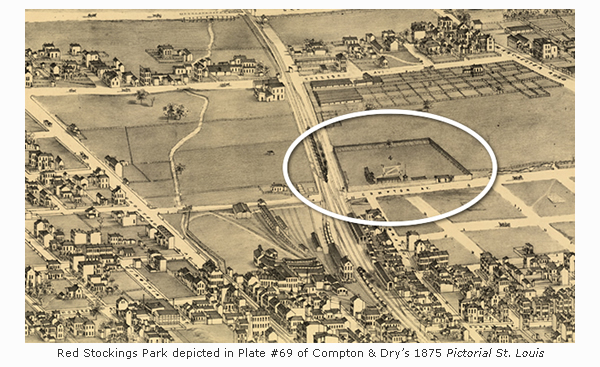 The Red Stockings Ball Park existed from 1867-1898. It was home to the St. Louis Red Stockings that were part of the National Association during the 1875 season. So for anyone who considered the NA as a major league, the ballpark was considered a major league ball park. On May 4, 1875 after joining the National Association, fans witnessed the two St. Louis ball clubs, the Brown Stockings and the Red Stockings, meet at the ballpark and play the first fully professional baseball contest ever played in St. Louis. However, the game ended with a Brown Stockings 15-9 victory.

The St. Louis Daily Globe wrote a story about a contest that had created headlines in the sports world. The writer refers to the “stand made by the plucky little Red Stockings against the veteran Chicago nine.” The end game result ended with a score of 1-0, although the Red Stockings lost, the thousands of spectators concluded that a victory within itself. It was considered the very best score on record for the Red Stockings and their players that were only from St. Louis, up against the Chicago nine who had recruited talented players from across the nation. In the end, the story demonstrates the timelessness of the appreciation for the talent required to achieve such an end.

However, the club dropped out of the league mid-season. They did continue to play at their park for several more years and many other local clubs also used the ball park for baseball.

The Negro League, the St. Louis Black Stockings often played at the ball grounds during the 1880’s. They were often called the Bridgewater’s Champions because of their manager, Henry Bridgewater. A report from June 1, 1883 the St. Louis Globe describes one game as a game that “the scorer’s lost their heads” because there were so many runs that they couldn’t keep up and failed to keep record for either side. At another game for the Black Stockings there were four thousand spectators whom came to the ball park to watch the Amateurs play the Black Stockings.

The Red Stockings Park was torn down sometime around 1898. The city directories do not mention the park after 1898. It is often referred to as the “site of one of the first baseball parks ever operated in St. Louis.” The park was owned by an Irish Immigrant, David J. Ranken, who then went on to be the director of the Missouri Pacific Railroad. Recently, the land where the ballpark once stood is now the Bi-State Development Agency, the city’s public transit company. The Compton Avenue viaduct passes over that spot where the ball park once stood.