Dorchester Heights was one of the first posts for George Washington in a battle in January of 1776. Washington had commanded Henry Knox to lead the mission of delivering fifty nine cannons to Boston from Fort Ticonderoga in New York. Which would have not been possible without the French men Ethan Allen and Benedict Arnold, whom captured the Fort Ticonderoga from the British and American rebels in May of 1775. The sight was utilized by Washington in order to contain the British, and raised interest of the Continental Congress to move forward against the British. Today, it is enclosed in a Historical National Park.

This Photo shows the landmark that was created for Dorchester Heights Historical Site. 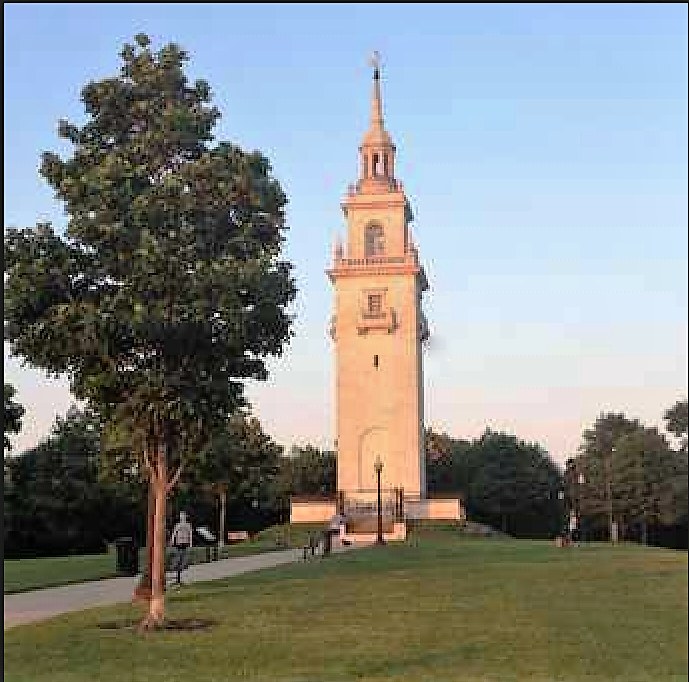 This is a short description at the base of the site. 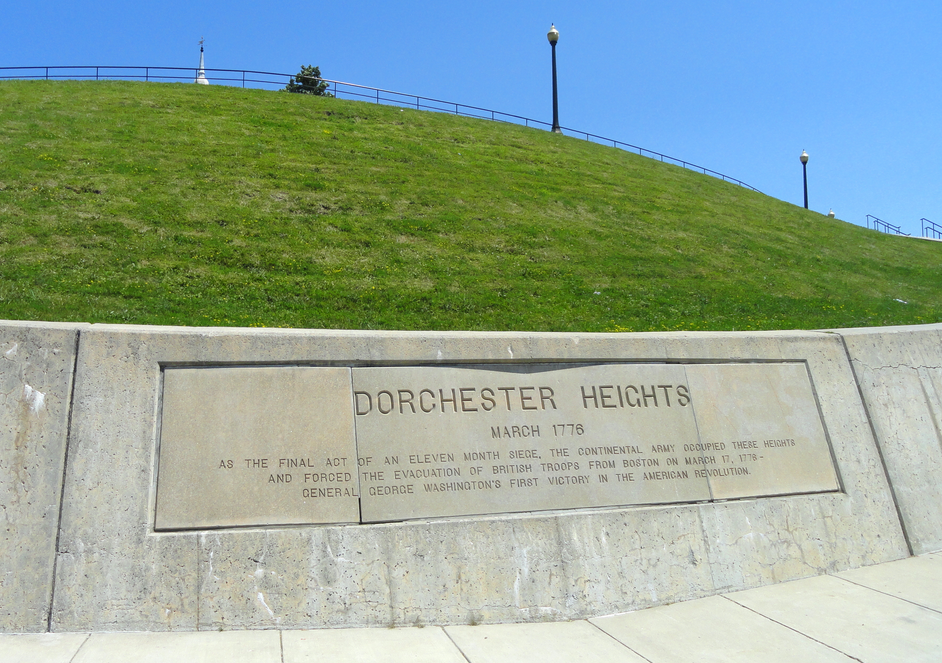 The British had took control of Boston during the Great War for Empire against the French. When the British succeeded they began different taxing Acts that the Parliament imposed on the colonist, to pay the Parliament for the British soldiers to be there and also forcing colonists to house the soldiers. These events was frowned upon by the colonist and aided in opening the eyes of the reason for the Revolutionary War.

In 1775 the Continental Congress was facing a dilemma near Boston Ma, the British was utilizing Boston’s coast as a point of entrance into North America. The Congress also had needed to appoint a new commanding general to lead their militia. Colonists’ was not willing to except such a position. They appointed a new Commanding General for the Continental Army who was a former British negotiator from Virginia, named George Washington. Washington was the same man the British had sent to negotiate with the French to leave Fort Duquesne during the Seven Year War in 1754. Washington was unsuccessful during that time, but would be the one who led North America citizens to independence.

One of his first commanding missions that Washington endured was to go to Boston and contain the British and to try to keep them from bringing in more soldiers. Henry Knox, was commanded by Washington to go to Fort Ticonderoga in Lake Champlain, NY and retrieve the fifty nine cannons and haul them to Boston. The distance the men had to bring the cannons was around three-hundred miles of rough as well as a snowy terrain.

Once the cannons arrived, Washington had fired some of the cannons at different times of the day and night, while quietly arranging the rest of the cannons along the hilltops of Dorchester Heights in two days’ time. He aimed them down toward the camps of the British. The British Commander, Major General William Howe had planned an attack against Washington and his army. Upon awakening one morning Howe had noticed he was surrounded by cannons, as it had seem to him as to have happened overnight, he was compelled by such efforts. Stormy weather, had also prevented him from landing other British ships on the coast of Massachusetts, to perform any retaliation. These actions had convinced Major General Howe to relocate to Nova Scotia, to adjust his attack strategies.

By utilizing the strength of cannons to the highest point of Dorchester Heights, along with stormy weather conditions, Washington had discomforted Howe's decisions on attacking at that time.The removal of the British from Boston had however, raised the morale of the Continental Army, in order to continue fighting for their freedom.