The Avenues New York School is a 10-story concrete building, located at 259-273 Tenth Avenue, between 25th and 26th Streets on the West Side of Manhattan. It was built as the R.C. Williams Warehouse between 1927 and 1928 and designed by nationally prominent architect Cass Gilbert. (R.C. Williams was an international wholesale grocery business, founded originally in 1809.) As stated in the registration form of its application for National Register of Historic Places status, it is “significant under Criterion C for its architectural and engineering design as an example of an intact reinforced-concrete warehouse." It was deliberately constructed next to what is now known as the High Line, and on Aug. 1, 1933, the very first carload of freight to use that line was delivered to the building. Ownership of the building passed to the H. Wolff Book Manufacturing Company, which then leased it to Capital Cities/ABC. In the Fall of 2012, a private educational institution, Avenues New York School, opened its doors to students. In 2005, the building was added to the National Register of Historic Places.

The R.C. Williams Warehouse, ca. 1930s, with fleet of trucks at street level 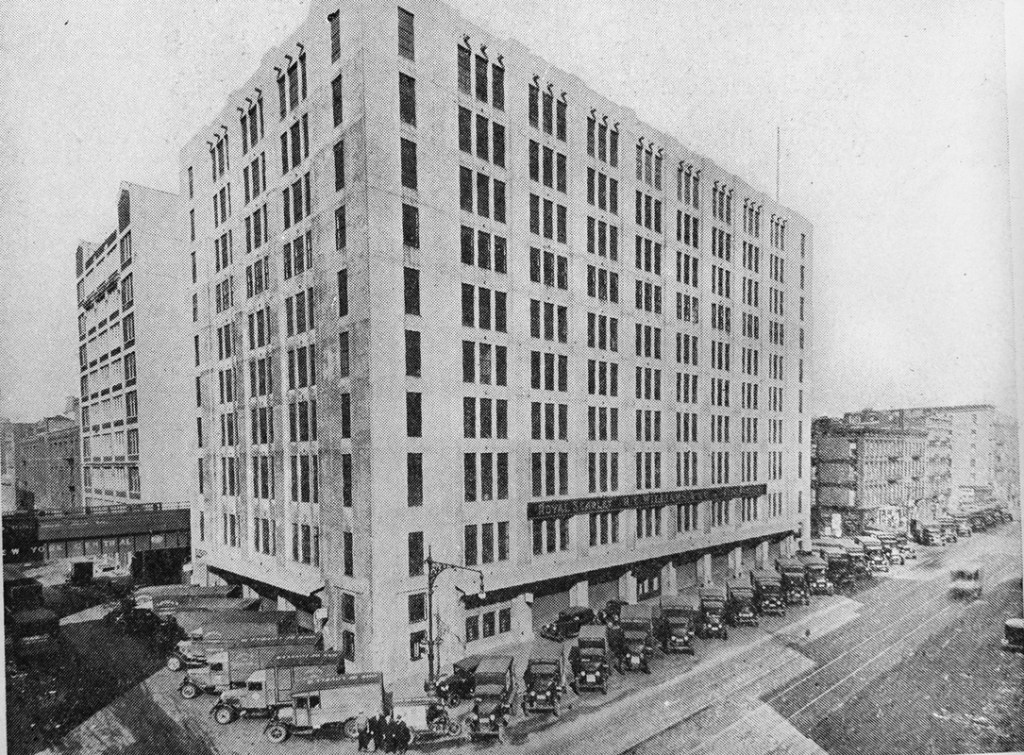 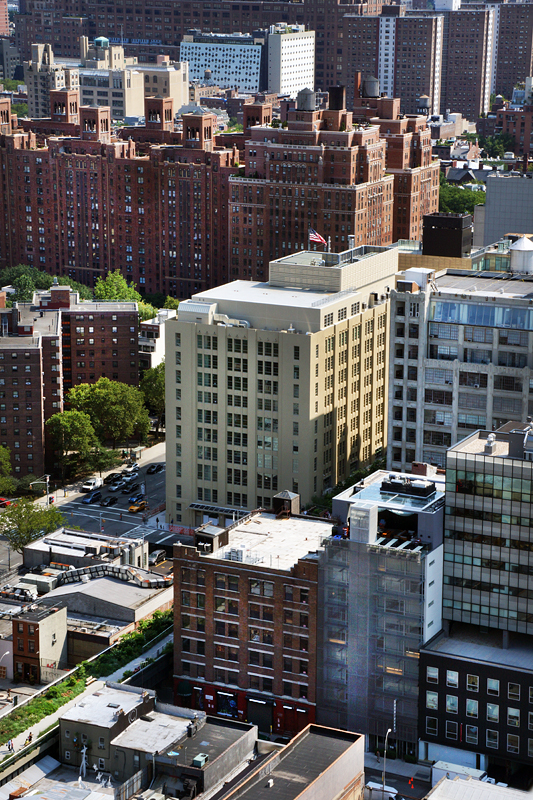 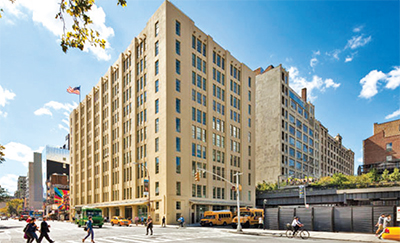 R.C. Williams & Company began as a modest grocery store in the Wall Street area of Manhattan in 1809, and it was founded by Richard S. Williams and his partner John Mott. (The company was eventually named after a cousin of the founder, Roswell C. Williams.) A century later, it had grown to become an international grocery wholesaling business, with branches in the Southern United States and a number of foreign countries. It had also outgrown the downtown New York area, and the company decided to move to a Tenth Avenue location, near the site of a new elevated electric freight train line (now known as the High Line). The building was deliberately built so that the third-floor depot, containing a concrete platform, would allow freight on the High Line to be directed right next to the building, brought inside and delivered to trucks at street level. It took awhile for that to happen, though, as the company moved into the building in 1928, five years before the first carload used the line, with freight consigned to R.C. Williams.

Cass Gilbert, who designed the building, was one of the most significant architects in New York during that era. Among the many other buildings that he designed were the U.S. Customs House and The Woolworth Building. His most famous concrete building was the Brooklyn Army Terminal, which has been called "one of the country's finest Modern monuments." But he also designed smaller concrete buildings in the Modern Movement style, including the R.C. Williams Warehouse. Gilbert believed that in concrete construction "the simpler the form the better the design" -- in marked contrast to the style of his ornate skyscrapers, like The Woolworth Building.

Gilbert employed the Turner system of reinforced concrete slab construction, including its so-called “mushroom” columnns. The building's concrete facades are divided by piers into bays, each of which is comprised of three rectangular windows, for a total of eight bays on the Tenth Avenue side and three bays each on 25th and 26th Streets. Each set of three windows is deeply recessed behind the piers, and all piers are flanked by projecting tower-like corner bays with narrow slit windows, giving the effect of a fortress. As Gilbert once wrote: "There is something very fine about a great gray mass of building, all one color, all one tone, yet modified by the sunlight or shadow to pearly gray of wonderful delicacy."

In 1953, the company relocated to a new warehouse, office and distribution center in the Bronx. In 1957, another local company, the H. Wolff Book Manufacturing Co., purchased the building. In 1993, the building was leased by Capital Cities/ABC, which used it to store props and scenery. Finally, it was purchased by Avenues New York School, headquarters of a “World School” with 20 planned branches in China, India, Latin America, the Middle East, Europe and Africa.

Four separate schools are housed in the building -- an Early Learning Center and Lower, Middle and Upper Schools. Avenues invested $60 million for the conversion of the landmark building into a state-of-the-art educational facility. It engaged the internationally known architectural firm Perkins Eastman and interior designers Bonetti/Kozerski to head the team. Because of the building's 700 ten-foot-high windows, there is abundant natural light and, unlike many urban schools, its 215,000-square-foot campus is spacious. However, as radically transformed as the interior of the building has been, the loading dock that originally served the warehouse is still there, just outside the school cafeteria, and so are the train tracks, as well as tourists now walking over the High Line.