Fort Myer was a military post overlooking the Potomac River and Washington, D.C., that was established during the Civil War. Over the years it has served as a post for the Signal Corps, stables and showgrounds for the army cavalry, the location of the smaller Fort Whipple and the site of Arlington National Cemetery, and the site of the first military aircraft flight, as well as the first military fatality in an aircraft. In 1972 the fort and surrounding historic district was added to the List of National Historic Landmarks in Virginia. 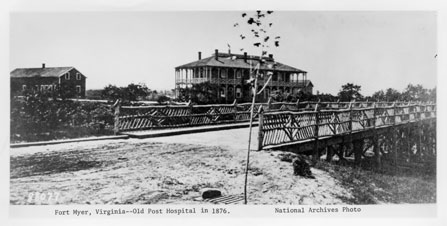 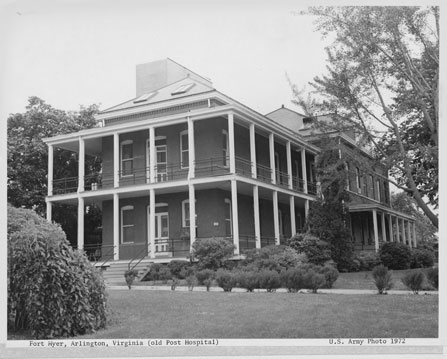 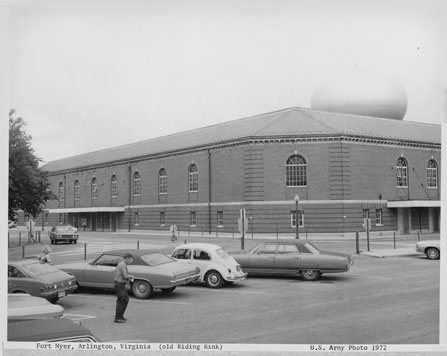 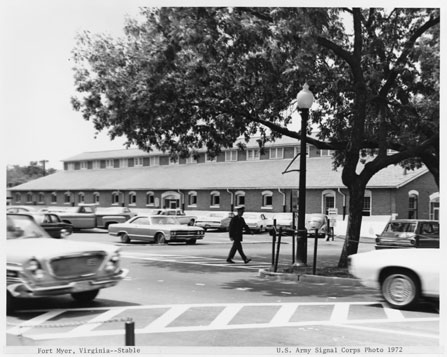 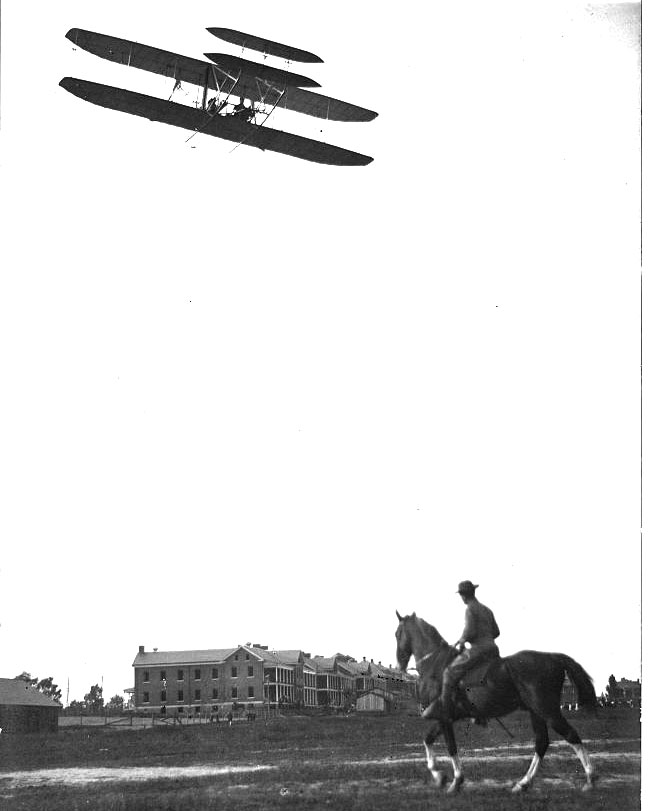 During the 1800s the wealthy landowner Mary Anna Randolph Custis Lee (cousin and wife of Robert E. Lee) owned vast acreage along the rolling hills on the west bank of the Potomac River. Although wealthy through her marriage with Lee, Mary Anna Randolph was not successful with managing the finances of this large estate. He helped keep her from financial disaster during the 1850s, but soon after he left to command the Confederate army in 1861 she declared herself unable to pay taxes on the land. She was forced to relinquish the land to the federal government, who established the Arlington National Cemetery and a fortified post.

The original fort was named after Major General Amiel Weeks Whipple, who had died in Washington, D.C. in 1863 from wounds he received at the Battle of Chancellorsville. Fort Whipple was located on a high elevation to oversee and defend the Union capital from invasion via the Potomac River. The earliest buildings were austere in design and made of simple brick in a simple Victorian style.  In 1866 Brigadier General Albert J. Myer, a surgeon in the U.S. Army, became the commander of Fort Whipple. That year he became the first chief signal officer of the U.S. Army Signal Corps. After his death in 1880 the fort was renamed in his honor. Under his management the fort was expanded, though the original buildings experienced only slight modifications.

In 1887 Fort Myer became the national cavalry parade grounds, under the instructions of the U.S. Army's commanding general, Philip H. Sheridan. The Signal Corps transferred ownership of the fort to the 3rd Cavalry Regiment and the 16th Field Artillery Regiment, and between 1887 and 1949 the fort stabled up to fifteen hundred horses. Cavalry drills took place in the grounds that ran along the south side of Jackson Avenue, which were originally enclosed by the garrison buildings of the fort.

It was during the late 19th century that most of the designated historic structures in the Fort Myer district were constructed, and today more than fifty remain in existence. These include the post commander's house, which became accommodated many well known figures in the 20th century: Generals George C. Marshall, Omar N. Bradley, Douglas MacArthur and Dwight D. Eisenhower. Others include the barracks, post hospital and post exchange, the Caisson Platoon Stables, and the former riding ring (now known as the Comny Hall). Most of these were built of common-bond brickwork and shingle covered roofs, though some of the officer's quarters were built in a fine neo-Federal style and the residences along Grant Avenue are outstanding.

The fort became infamous across the nation in 1908, when Orville Wright flew his aircraft over the parade grounds. However, when he attempted a second flight the aircraft crashed. Wright escaped with his life, though suffered severe injuries, yet his passenger Lt. Thomas Selfridge perished in the crash. Selfridge became the first military fatality in an aircraft. One year later the U.S. Army Signal Corps purchased the Wright Brothers' improved aircraft and successfully flew from the fort to Alexandria, Virginia, and back again - a significant stage in the nation's military aviation history. Plaques commemorating these events can be found on the western edge of the parade grounds.

During the Second World War the Fort was used as a station where soldiers were prepared for entering - and leaving - the U.S. Army. In 1942 the Fort was occupied by the U.S. Army Band, U.S. Army School of Music, and U.S. Army Chorus. In 1948 the oldest infantry unit of the U.S. Army - the 3rd U.S. Infantry, also known as the "Old Guard" - were jointly assigned to Fort Myer and the nearby Fort Lesley J. McNair, where they have since served as the capital's security and ceremonial force. In 1984 the U.S. Army Community and Family Support Center was established in the Fort Myer historical district. Its mandate is to support the "community of people who serve and stand ready to defend the nation, to enhance the lives of Soldiers, their families, civilian employees, and military retirees.” Today they offer a range of entertainment and leisure opportunities. The original parade grounds and buildings along "Generals' Row" remain in excellent condition for visitors to get a sense of the fort's 19th century appearance.