The Army Medical Museum and Library was one of the earliest federally appointed research institutes combining medical and military science. Founded in 1888, the building served as the Army Medical School and library of the Surgeon General of the Army (which would later become the National Library of Medicine) until the 1960s, when different locations were chosen for its services. Despite becoming a National Historic Landmark in 1965 and being added to the National Register of Historic Places in 1966, the building was demolished in 1969. The Hirshhorn Museum and Sculpture Garden can now be found on the site. The museum's collections are now held by a variety of institutions, including the National Museum of Health and Medicine in Maryland.

Exterior view of the building 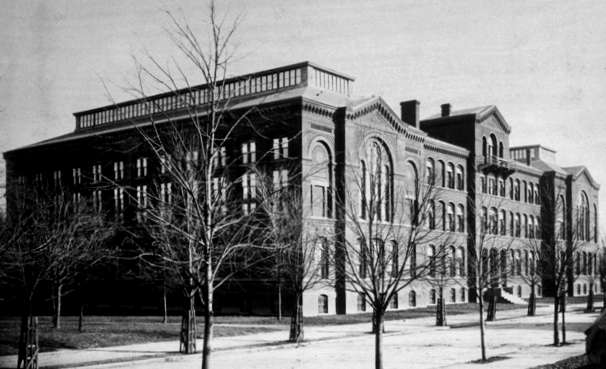 Exterior view of the building 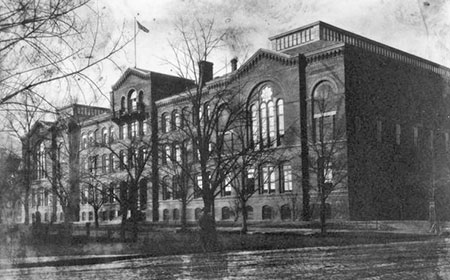 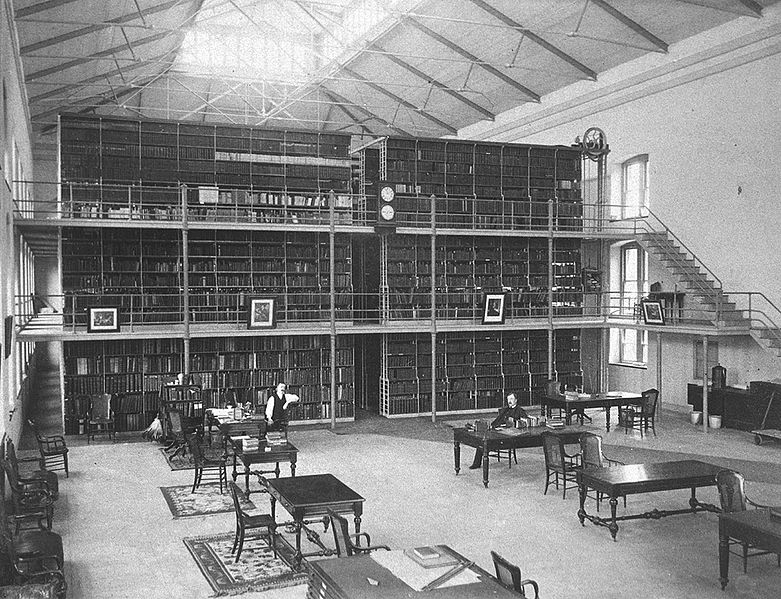 When the Civil War began, the medical corps of the Union Army was relatively inexperienced and without access to professional training and research opportunities. In 1862 the Surgeon General of the Union Army commissioned Brigade Surgeon John Hill Brinton to " "collect and properly arrange in the Military Medical Museum all specimens of morbid anatomy, both medical and surgical, which may have accumulated since the commencement of the Rebellion in the various U.S. hospitals or which may have been retained by any of the medical officers of the Army."  The museum was originally located in the Ford's Theatre following renovation by the federal government after President Lincoln was assassinated there in 1865, and moved three times until in 1887 a permanent structure was built at the site on Independence Avenue, where the museum was housed until 1969.

In 1883 Billings was in charge of the newly merged Army Medical Museum and Surgeon General's Library, and he commissioned the architectural firm Cluss and Schulze to design a building that could accommodate both. The location was chosen by the secretary of war, the architect of the Capitol and the secretary of the Smithsonian Institute in 1885, and $200,000 was allocated by Congress for its construction. The four-story, H-shaped building was made of red brick. It had separate wings for the museum and library, and was in an excellent location to attract the public. The center of the building contained the Records and Pension Division, a dark room for processing photographs, rooms for dissection and anatomy research, and a secure room to house the museum's collection of genitals, then considered too unsavory to display to the public. Natural light was used in the exhibit halls, where wood-panelled vitrines contained an enormous collection devoted to the human anatomy and embryology, pathology, numismatics, ethnography and physical anthropology, specimen preparation, and the history of the microscope. The building was heated by gas heaters and fireplaces.

Through the efforts of Brigade Surgeon John Hill Brinton, and those of his successors, the museum amassed an enormous collection of medical artefacts from all over the world, including many that were recovered from famous theatres of war by the Surgeon General of the Army. This was no cabinet of curiosities; by using this collection army medical researchers took great steps towards the study of cells, gunshot wounds, bone injuries, and diseased organs. In addition, it became a kind of impromptu national memorial following the end of the Civil War, as its collection also held specimens of maimed soldiers from both sides of the conflict.The glass cases where these specimens were held also contained flags and standards of both Union and Confederate ambulance corps, as well as swords and sabers. In 1888 the museum was opened to civilian medical professionals by Lieutenant Colonel John S. Billings, then museum curator. In 1922 the American Registry of Pathology was founded as a focus for the interchange of knowledge between military and civilian medicine and science.

The Museum was renamed as the Army Institute of Pathology in 1946, and from that point served as the U.S. Army's laboratory for pathological research (six years later this extended to the Department of Defense and other federal agencies). However, the building became largely redundant in 1955, when the laboratory and researchers were moved to the Walter Reed Army Medical Center in Bethesda.  The building was demolished in 1969, and the extensive collection was split between different institutions, with the library collection discarded.