This site is testament to the long history behind military education in the country.The National War College is where students learn about the leadership, military, statecraft, and specialized skills required to manage America as part of the modern world. It is currently located in the Theodore Roosevelt Hall, a Beaux Arts–style building on Fort Lesley J. McNair, Southwest Washington, DC. The building is part of the wider campus of the National Defense University. In June 1974 the hall was added to the List of National Historic Landmarks in Washington, D.C. 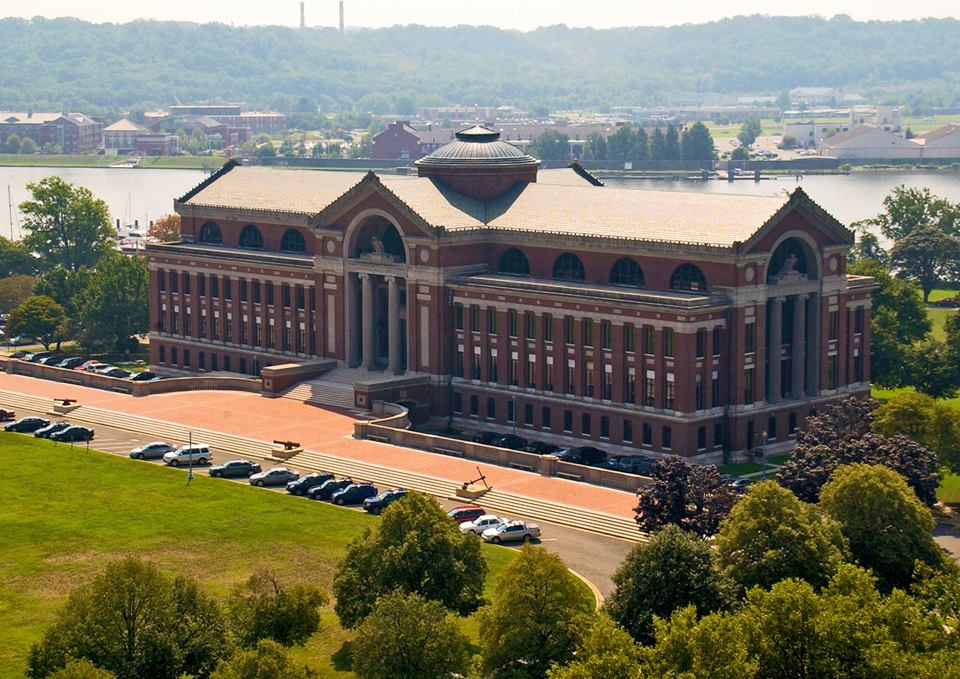 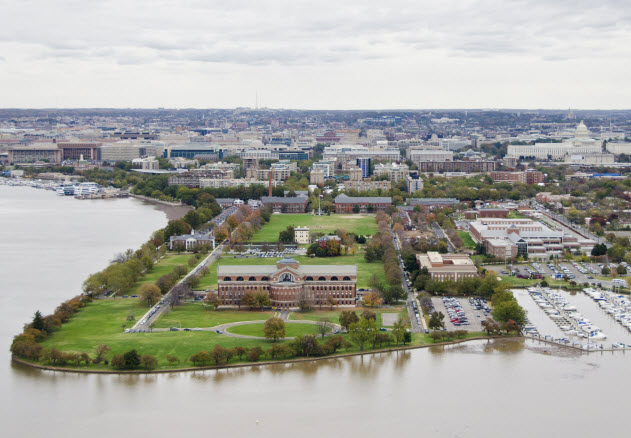 Detail of the entrance (http://buffalosoldiers-washington.com/) 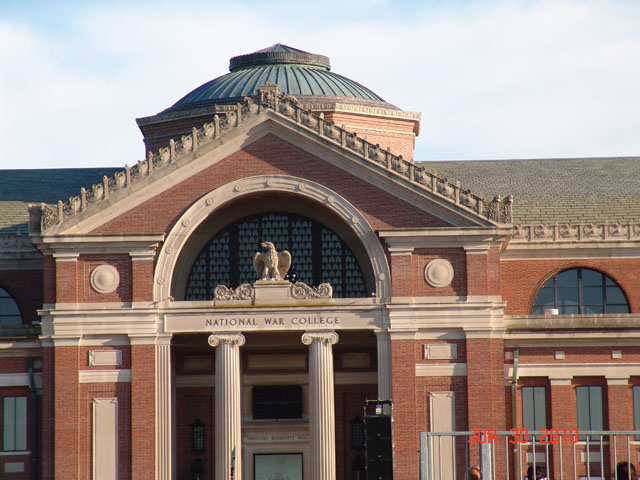 The Theodore Roosevelt Hall is owned and managed by the U.S. Army, based in Fort Lesley J. McNair - one of the oldest active Army Posts in the country. The fort was  built in 1794 to protect the city from potential invasions by the British from the river. However, in 1814 around forty seven British soldiers attacked the fort, stealing arms and ammunition and destroying many of the fort's buildings. In 1865 four co-conspirators of the assassination of President Lincoln were convicted and hanged in the fort, including Mary Surratt, the first woman ever executed under a federal conviction. Originally known as the Washington Arsenal, in 1948 the fort was renamed in honor of General Lesley James McNair, who was an accomplished officer serving in the Second World War and killed in Operation Cobra during the Battle of Normandy.

Following the Spanish-American War in 1898, it was decided that the American military forces required coordination and a centralised training program. The Army War College was founded in 1901 as the primary institute where the nation's senior officers could be educated and trained. On 21 February 1903, President Theodore Roosevelt laid the cornerstone to the hall, and four years later the first Army War College classes were held there. The building was constructed in a neo-Classical,  Beaux Arts style. Designed by the New York architectural firm McKim, Mead and White, it features a central domed pavilion flanked by three-story wings oriented to the east and west and a roof  made of slate tiles. The entrance is via a tall archway supported by columnns that are topped with a carved eagle. Inside, the floor of the rotunda is paved in white marble, and there is a large memorial plaque dedicated to the Secretary of War Elihu Root, who established the Army War College. There are also fine portraits of Theodore Roosevelt, Secretary of War Henry Stimson, and other famous American military figures. Hanging from the centre of the brick dome is a splendid chandelier.
The building accommodated the Army War College from 1907-1917 and 1919-1940. During the World Wars it housed the War Plans Division, War Department General Staff, Selective Service System Headquarters, and the Headquarters for the U.S. Army Ground Forces. It 1946 it became the National War College. The first classes were provided to one hundred U.S. students. The west wing contains the library of the War College, and the east wing contains classrooms, offices, and lecture spaces.