This football stadium was constructed by volunteers, students, community members, and alumni of Fairland High School under the leadership of Jim Mayo, an industrial arts teacher who coached the school's football team from 1965 to 1977. Recognizing that the team had no home stadium, Mayo used his skills as a teacher of industrial arts to recruit students and recent graduates with various building skills. He also raised funds and secured donations of materials to construct the stadium. On October 9, 2009 the stadium was named in honor of Mayo, the coach with the most wins in school history and the inspiration behind the construction of the stadium.

The stadium was named in honor of the former coach and the stadium's chief architect, Jim Mayo, in 2009. 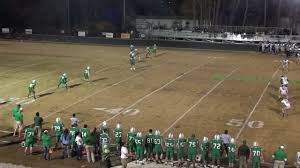 Jim Mayo Stadium has more wins than any other football coach in Fairland High School's history, retiring with a record of 83-53-3. He was also known as a model citizen and a mentor for young men. During an interview with the Herald Dispatch, Bob Mayo said of his cousin and former coach, "If you need a role model, he is a good one. He was a big believer in discipline. I got a lot out of just being on the team."

When Mayo began his tenure as coach for Fairland, the team had no home stadium. Mayo recruited 200 local volunteers to help him build this stadium and a track. He helped raise funds and worked to involve community members, alumni, and former students. Thanks to the efforts of former players, the stadium was named in Mayo's honor in 2009. Tragically, the coach lost his battle with cancer, but the stadium and memories of his service and leadership remain. For current and former Fairland players, Mayo's life and legacy are a part of every game played at this field.