Located in Collingdale, Pennsylvania, Eden Cemetery was created by five leading African American residents who petitioned the city and overcame protests to create a space where Black Philadelphians could be buried with dignity. The city approved the purchase of the land but hesitated to allow the creation of a "colored cemetery" after white residents protested. The city approved the creation of the cemetery in 1902, but the leaders of the community had to endure one final act of indignity. During the funeral and burial of Celestine Cromwell, the wife of one of the five men who created the cemetery, white residents of Collingdale attempted to physically block the funeral party's access to the cemetery. Mourners refused to abandon their plans, and Cromwell became the first person buried at Eden Cemetery. The cemetery serves the final resting place for many Black leaders, including women and men who were active in the Underground Railroad. In 1902, William Still was buried at the cemetery. Still helped hundreds of slaves escape. 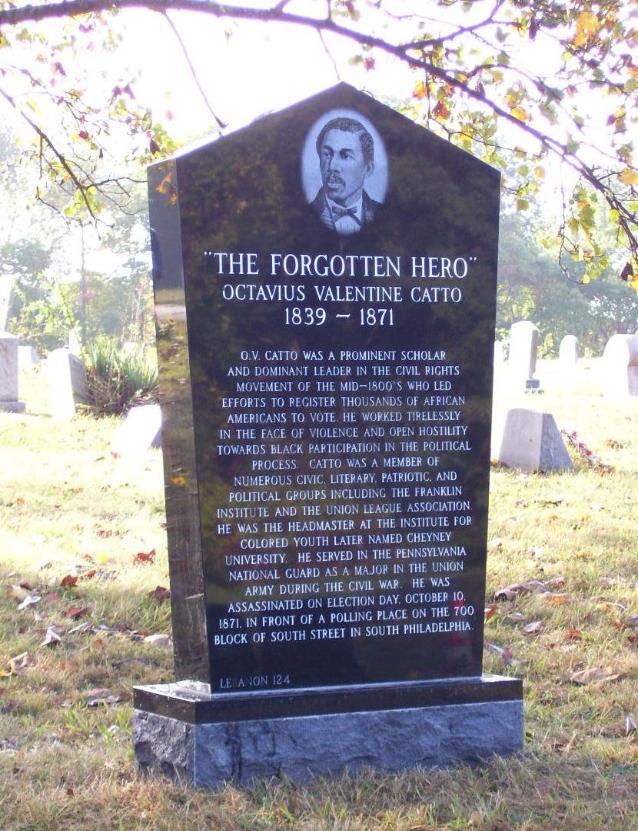 Map of the 53-acre cemetery

Created in 1902, Eden Cemetery is the final resting place of many of Philadelphia's Black leaders. 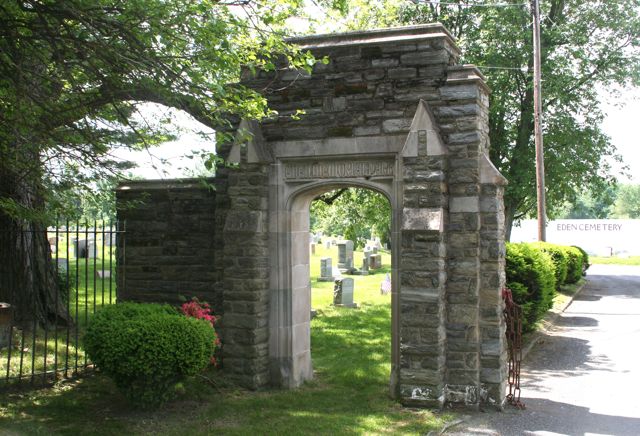 Eden Cemetery or Eden Memorial park is located at the old Bartram Farm on Springfield Road in Collingdale, Delaware County, Pennsylvania. The 114-year-old cemetery is the burial site of over 90,000 people. The cemetery was created to provide a burial site where African Americans could be buried with dignity and respect.

Eden Cemetery is also the burial sites of Lebanon Cemetery, the Stephen Smith Home for the Aged and Infirm Colored Person's Burial Ground, Olive Cemetery and the First African Baptist Church Burial Grounds, all Philadelphia cemeteries disrupted by construction in the city in the earlier years.

The first person to be buried at Eden Cemetery was Celestine Mosley Cromwell, wife of William Cromwell who was a member of the Advisory board in 1902. Like everything else in it times the Eden Cemetery had its battle with protesters of different race. On August 11, 1902 protesters blocked the entrance of the cemetery protesting “the colored burial ground.” The protests ultimately delayed the funeral for Mrs. Cromwell for hours. A local paper called the Chester County Times stating “Collingdale Has More Race Troubles, Town Council Has No Use for a Colored Funeral, No African Need Apply.”

The cemetery has had its fights against protesters, vandalism, and hatred even up until 2008. In July of 2008 some 200 headstones, one being of Octavius Catto, were vandalized. It is said that this incident was racially motivated as the Collingdale Police arrested three white teenagers in connection with this 2008 incident. These racially-motivated protests, like those that marred the opening of Eden Cemetery, are emblematic of the challenges faced by African Americans and their response to live and celebrate lives of dignity.