In 1957, civic leaders and dedicated this memorial and garden in honor of Richmond, Chesterfield, and Henrico residents who served in the military during World War II.

Central piece of the Roll of Honor. 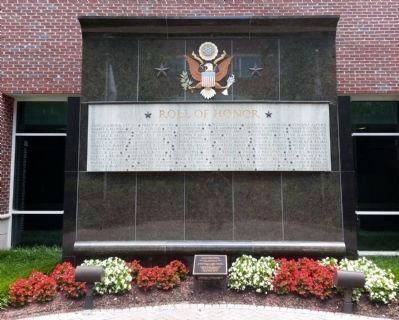 The Memorial Wall was created in 1957 and was originally located in the chapel, but was moved to the newly-created Memorial Gardens in 1987. 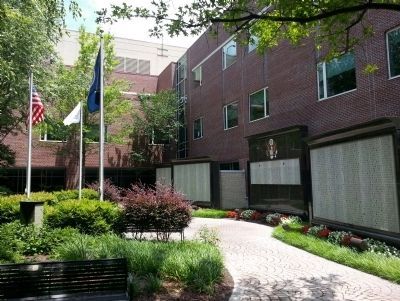 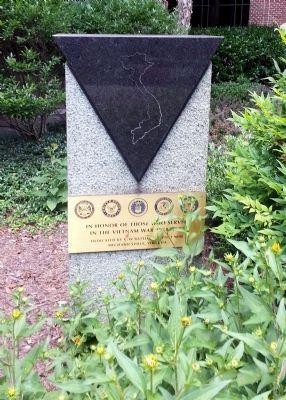 The Richmond Memorial Hospital, opened in 1957, had a marble Roll of Honor with the names of the deceased in the chapel. However, in 1987, as the hospital relocated and changed its name—it is currently known as Bon Secours Memorial Regional Medical Center—the Memorial Gardens were created, and the Roll of Honor was placed there.

The inscription on the memorial’s marker reads:

Made possible by a grant from the
Richmond Memorial Hospital Foundation
May 16, 1988

Dedicated to the Glory of God
and in loving memory of
our sons and daughter
who gave their lives
in the cause of freedom
during World War II.

The memorial does not only celebrate the fallen in battle in World War II, but also two smaller memorials were placed in the garden to commemorate the those who gave their lives in the Korean War (1950-1953) and the Vietnam War (1955-1975).

Over 400,000 American soldiers were killed and other 670,000 received non-fatal injuries in the battlefield during World War II. In response, Richmond leaders believed it a fitting tribute to dedicate this hospital to their memory.