Pebble Hill, also known as the Scott-Yarbrough House, is an 1847 antebellum cottage listed on the National Register of Historic Places. It currently serves as the home of the Caroline Marshall Draughon Center for the Arts & Humanities in the College of Liberal Arts at Auburn University.

Designed in the Greek Revival style, Pebble Hill was built in 1847. 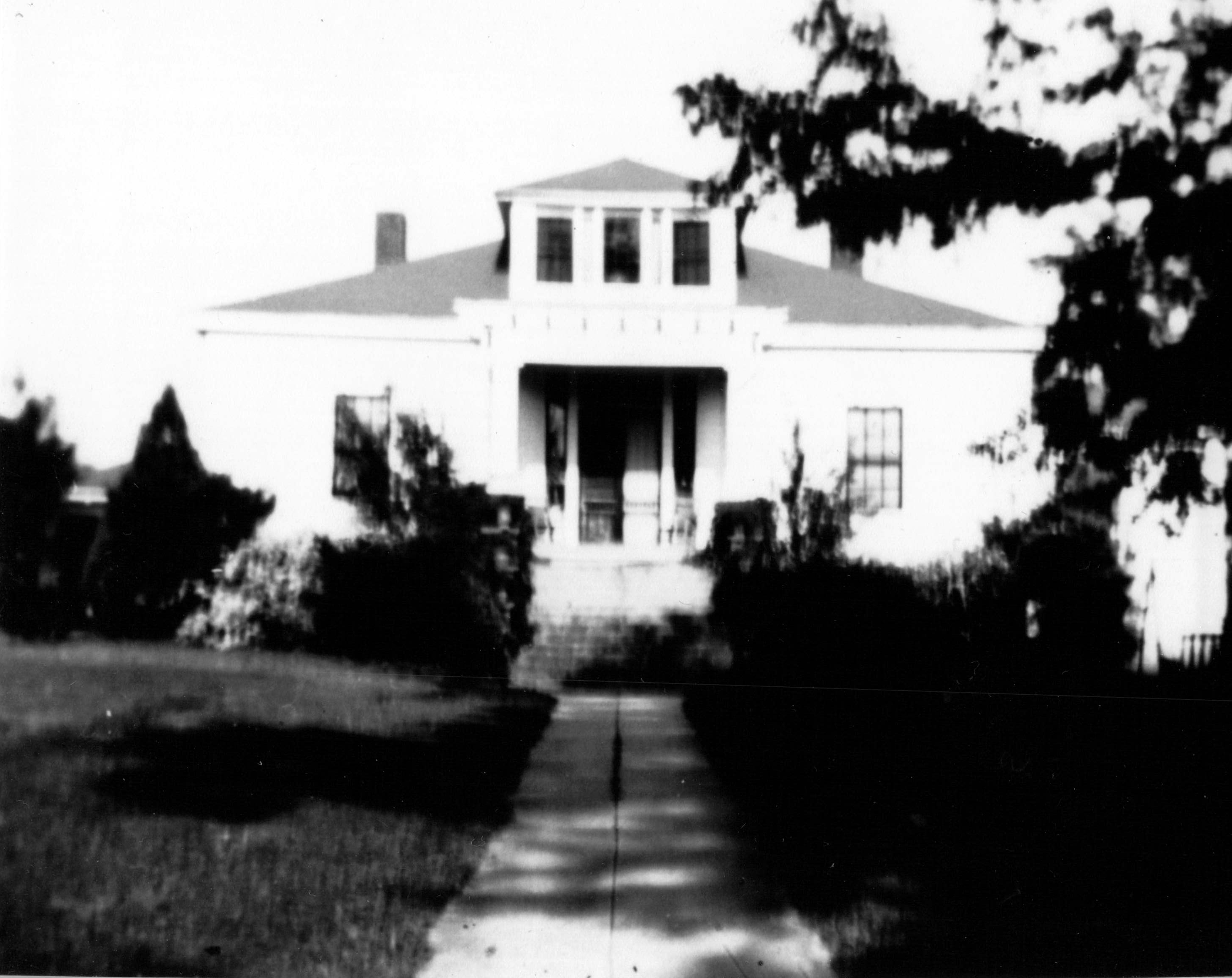 In 1832, the Creek Nation signed the Treaty of Washington (sometimes called the Treaty of Cusseta), whereby they officially extinguished tribal claim to their land. Under the terms of the treaty, individual Creek heads of household were awarded 320 acres (with 640 acres for chiefs).  Individuals could sell this property or remain on it as long as they wished. Many Creeks, such as Paddy Carr, acted as agents for speculators and land agents. There is no record of the exact manner that Carr obtained the allotment of Nelocco Harjo, which includes the land where Pebble Hill sits. Nelocco Harjo may have sold it willingly or, like so many other parcels, it may have been obtained by subterfuge or outright fraud.

Nathaniel J. and Mary K. Scott came to east Alabama in the 1830s, part of the wave of settlers who poured into the area after the United States acquired the territory from the Creek Indians. The Scotts helped build the town of Auburn, which was founded by Nathaniel Scott’s half-brother, John J. Harper. In 1846, the Scotts purchased approximately 100 acres of land just east of Auburn and likely constructed Pebble Hill there soon after buying the property. While living at Pebble Hill, they actively supported the development of schools in the growing town. In 1847, Nathaniel J. Scott helped organize the Auburn Female College, which was later renamed the Auburn Masonic Female College. In 1850, fourteen students who were attending schools in Auburn lived with the Scotts at Pebble Hill. In 1856, Nathaniel Scott and other Auburn Methodists established the East Alabama Male College, which many years later became Auburn University. He served as a member of the college’s Board of Trustees from 1856 until 1863.

After the Civil War began in 1861, two of Nathaniel and Mary Scott’s sons – Embree and John – joined the Confederate Army.  In 1862, Embree Scott died of illness following the Battle of Seven Pines in Virginia. Nathaniel J. Scott died the following year, leaving Mary Scott and her grown children to manage the family’s plantations. During the tumultuous years that immediately followed the defeat of the Confederacy in 1865 and the emancipation of slaves, Mary Scott sold Pebble Hill.

The Yarbrough family owned Pebble Hill from 1912, when Dr. Cecil S. and Bertha Mae Yarbrough purchased it from Mary Riley’s daughter, until 1982. Cecil Yarbrough was born in Orion, Alabama in 1878, and studied medicine at the University of Tennessee. Born in Auburn in 1881, Bertha Yarbrough was the daughter of Oscar Grout, a farmer who owned land on the outskirts of Auburn. She graduated from Alabama Polytechnic Institute (later Auburn University) in 1900, just eight years after the college first admitted women. They married in 1903 and settled in Auburn, where Dr. Yarbrough established a medical practice.  Cecil and Bertha Yarbrough had five children, three of whom were born after the family moved to Pebble Hill in 1912. In 1927, Bertha Mae Yarbrough died at the age of 45. The following year, Dr. Yarbrough married Mary Strudwick Yarbrough of Demopolis, Alabama.

Dr. Yarbrough served several terms as mayor of Auburn, and a term as representative to the Alabama House of Representatives. He first held the office of mayor from 1916 until 1918, when he joined the U.S. Navy as a medical officer following the United States’ entry into World War I. After returning to Auburn in 1919, he was soon re-elected mayor and served in that post until 1928. In 1922, in cooperation with other local politicians and powerful alumni of Alabama Polytechnic Institute (API), Yarbrough successfully fought an effort to move the university from Auburn to Montgomery, the state capitol. He again served as mayor again from 1936 to 1944. During his terms as mayor, he led efforts to improve the town’s  infrastructure and welcomed President Franklin Delano Roosevelt during his 1939 visit to Auburn.

In the seventy years that the Yarbrough family owned Pebble Hill (1912-1982), API grew from a small land grant college into Auburn University, one of the state’s leading research institutions. The expansion of the university contributed to the transformation of the landscape surrounding Pebble Hill from farm land into part of the town of Auburn.