The area around the current CSU-Long Beach Campus was once home to a large village that remains sacred to the Gabrielino and other Indian people. In the early 1990s, CSULB officials cancelled plans to build buildings and parking lots on this remaining piece of undeveloped land. Students, faculty, and community members responded with several protests and petitions against further development of this section of the campus. In response, CSULB officials decided to cancel their plans. The fate of this section of land remains uncertain, as university officials would like to find a compromise that would allow them to expand the campus.

A picture of The Puvungna Indian Village Site. 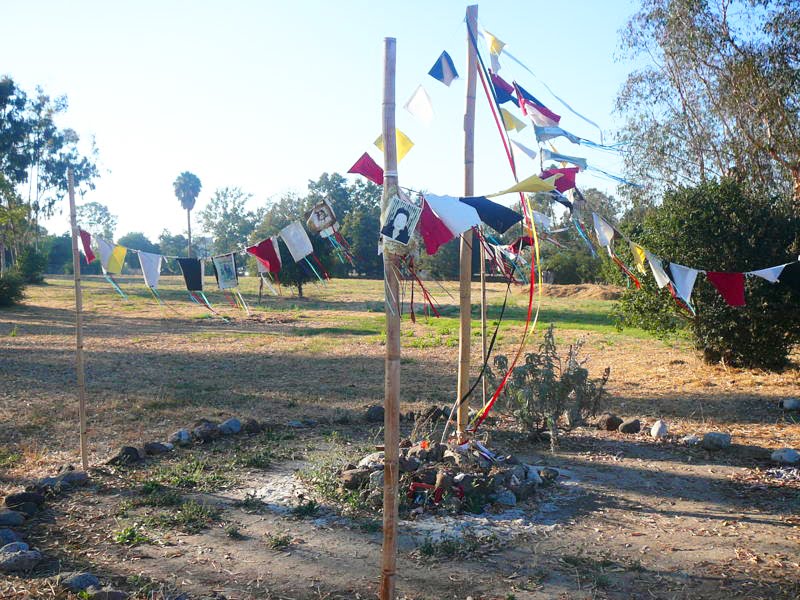 The Puvungna village was discovered in 1972 when construction crews uncovered portions of a Native American body which led to historians and archaeologists confirming the site and placing it on the National Register of Historic Places. The land is sacred because it was home to the prophet Chungichnish during the Spanish Colonial period. In the mid-1970s, several Native Americans reburied portions of ancient relatives whose remains had previously been exhibited in museums at this site. As a result, the area is protected by federal law but might still be used for commercial development given the value placed on the area by real estate developers and the needs of the university.