Fort Michilimackinac was a key French settlement and trading post located at the very northern tip of Michigan's Lower Peninsula. It was built in 1715 and was one of many similar settlements that the French established from the Atlantic coast to the Great Lakes and then down the Mississippi River. The key trading commodity at the time was fur, which became very popular in Europe. The fort today is entirely reconstructed, featuring 16 buildings and a surrounding wall. The buildings are contained period furnishings and themed exhibits. Declared a National Historic Landmark in 1960, the site has been extensively excavated, making it the most archaeologically excavated early French settlement in the country. Visitors will learn a lot about life for French and British soldiers during the 18th century. Staff dress up in period clothing and demonstrating cooking, crafts and other daily tasks from the period; and canon and musket firing demonstrations occur daily. The fort is part of the Colonial Michilimackinac State Park. 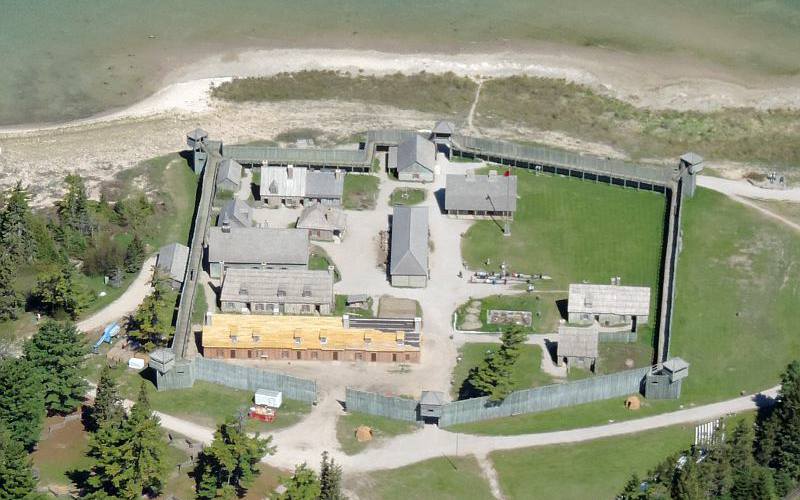 Closer shot inside the fort 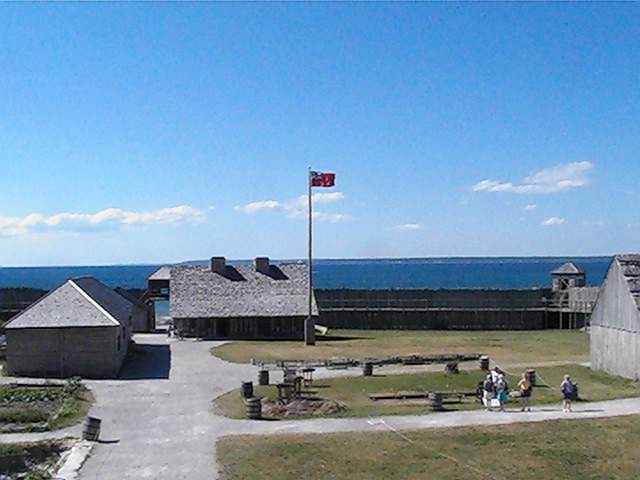 The French first appeared in the area in 1670 when the first French mission was established on Mackinac Island. In 1671, Father Jacques Marquette then founded the St. Ignace mission. A fort was built in 1783 (Fort de Buade), but it was abandoned in 1701. The French reestablished a presence in the area when they built Fort Michilimackinac. They relinquished the fort to the British after the French and Indian. The Native Ojibwa people hated the British rule. As a result, through a trick of playing lacrosse outside the fort, they were let in and proceeded to kill all of the British soldiers (this attack was part of Pontiac's Rebellion). They held it for a year before the British retook it a year later. It was replaced by the bigger and stone-built Fort Mackinac in 1781.

May-October 9-5pm (and until 7pm in the summer months)