On October 8, 1871, the deadliest fire in American history swept across areas on either side of the Green Bay, with most of it on the western side. The exact number of deaths is not known but the it is estimated that 800-2,500 people perished. Interestingly, the fired occurred on the same day as the Great Chicago Fire and as a result has been largely overshadowed by that devastating fire. The Peshtigo Fire Museum preserves the history of the fire and commemorates all those who died. The museum features artifacts on display as well as first-person accounts. Notable items include a church tabernacle saved by Father Peter Pernin, who plunged himself into the Peshtigo River. Other artifacts include a bible and a melted glass dish. The general history of the town and area are covered, as well. The museum is housed in the first church built after the fire. Next to the church is a graveyard in which 350 people are buried; none could be identified as their family members died and the condition of the remains themselves were too severely burned. 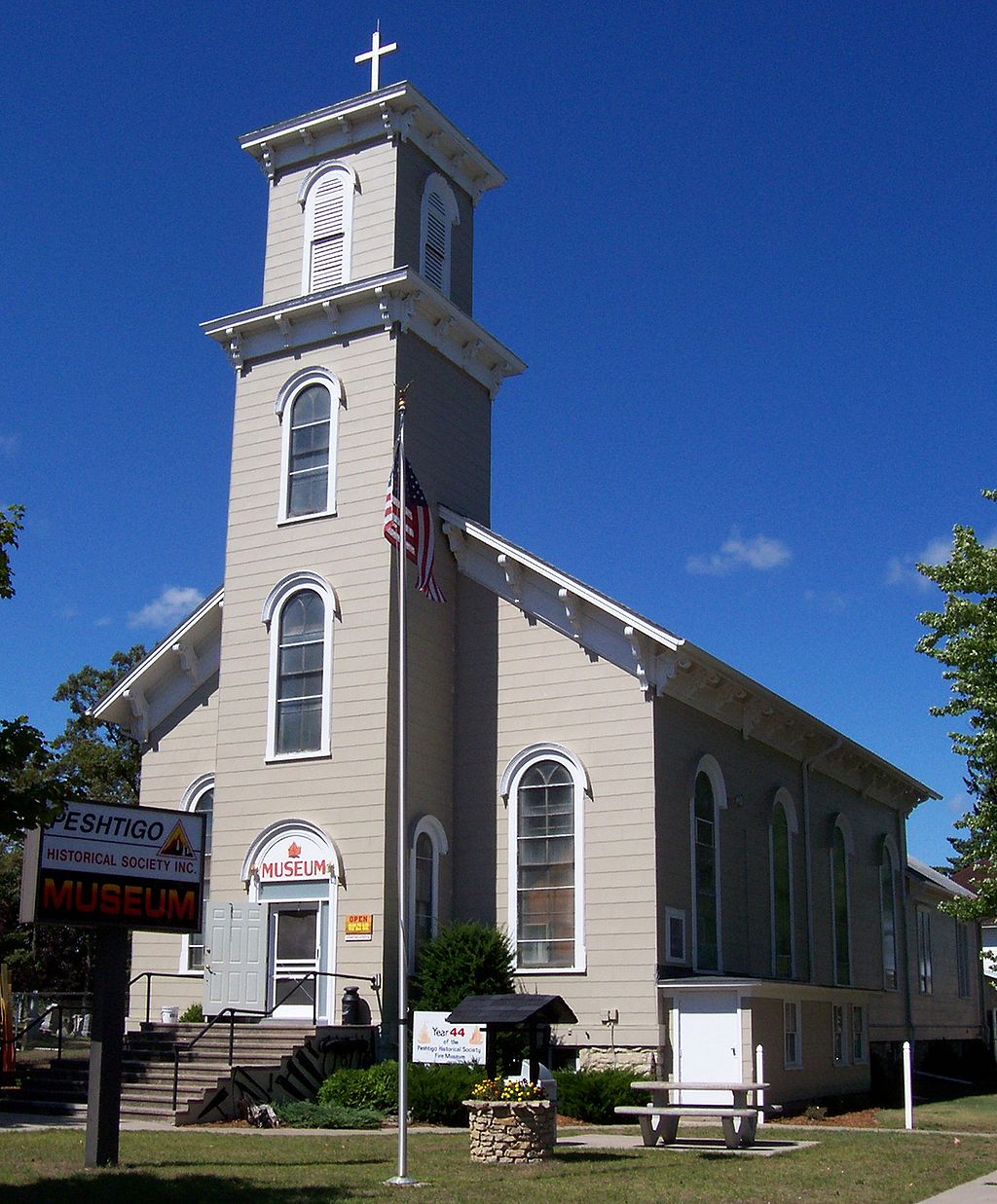 Controlled burning was a common practice in those days, but the primary cause for the fire was the weather. A cold front moved in which brought along very strong winds, reaching 100 miles per hour. As a result the fire spread extremely fast and wide. In all, 1,875 square miles burned - an area twice the size of Rhode Island, and 12 communities were destroyed. Some accounts state the fire was so powerful, it created fire tornadoes that picked up houses and trains like a regular tornado.

Memorial Day through October 8 from 10am-4pm.