Throughout the Civil War, enslaved Americans fled to Union-controlled areas and many found work as servants assisting the war effort in places like Alexandria. Prior to the Emancipation Proclamation which declared that all slaves in rebel-held territory were free, escaping slaves were commonly referred to as "contrabands." Although this reference likened people to property, the term derives from supportive Union Generals who took the initiative to exploit the unclear legal status of escaping Black men and women in the same way they might treat a rifle or mule that could assist the rebellion if returned to the South. As more "contraband" humans entered Alexandria, some of them succumbed to disease. In response, local officials set aside this land for the Contrabands and Freedmen Cemetery.

Contrabands and Freedmen Cemetery Memorial by City of Alexandria (reproduced under fair use). 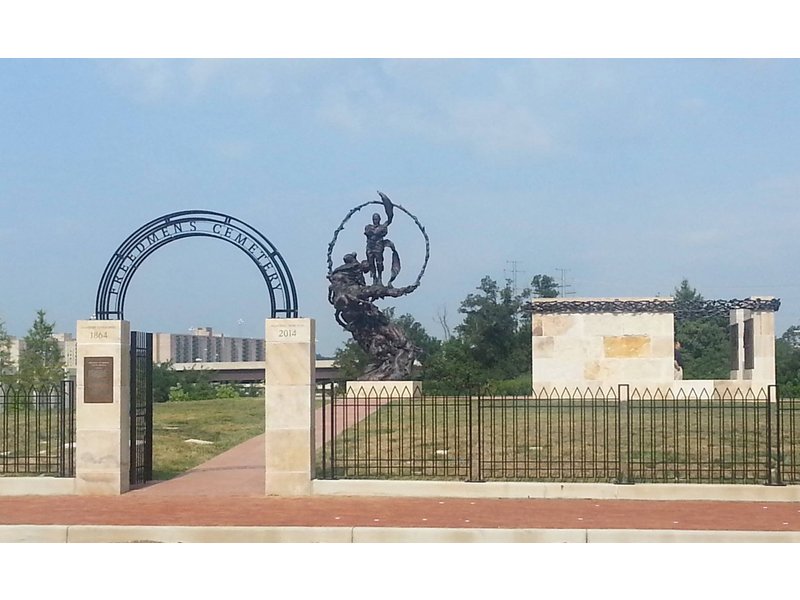 Area schools and community created these markers-one for each of the children and adults who were buried here. By City of Alexandria (reproduced under fair use). 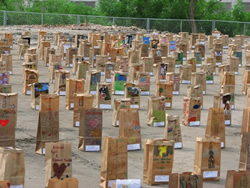 The escaped slaves who worked for the Union Army in 1861 and 1862 posed a legal quandary for the government, as the law suggested that they were the property of rebelling slaveholders as the Union refused to acknowledge the legality of secession. In the early days of the war, some slaves were returned to the Confederacy. Recognizing the way slave labor helped the Confederate economy, Union military officials declared that escaped slaves were ‘contraband.' As a result, they declared that Union leaders were under no obligation to return slaves to their masters. For this reason, the African American population of Alexandria doubled in the first year of the war.

Many of the escaped slaves arrived in poor health. While working for the army or searching for work around Alexandria, they also became malnourished. The already high mortality rate was exacerbated by unsanitary housing as many were placed in overcrowded barracks of left to create their own shantytowns from any materials they could find.

The land used to develop the Contrabands and Freedmen Cemetery was seized from a pro-Confederate owner in 1864 and used as a burial (or re-burial) ground for African Americans in Alexandria. Black soldiers were laid to rest at this site instead of the Soldier’s Cemetery (now Alexandria National Cemetery) where white troops were buried. When African American troops demanded that Black servicemen buried in the Contrabands and Freedmen Cemetery be given the honor of having the Soldier’s Cemetery, their bodies were disinterred and taken to receive a soldier's burial in a separate section of that cemetery.

The Contrabands and Freedmen Cemetery was only in use for five years, with the last recorded burial in 1869. Unofficial burials continued to take place at the cemetery. A gas station and an office building existed on the property at various points in history. As a result, the graves of many African Americans were disturbed in the past century. Around 1800 people are buried here, with about one-third of those graves intact.

In 1987, local historians and concerned citizens demonstrated a need to preserve the area after historical research rediscovered the cemetery during the planning of the Woodrow Wilson Bridge construction. In 1997, residents held a memorial service for those buried in the cemetery. The City of Alexandria created memorial park in 2014. This park contains markers that tell the history of the area and honor the African Americans who escaped slavery and aided the Union war effort. At the center of the park stands a statue entitled "The Path of Thorns and Roses" by Mario Chiodo, and bronze plaques give the known names of those buried in the cemetery.