This striking tower is the former Manistique Pumping Station, which was built in 1922 to better serve the town's water needs, particularly for fire fighting. It stands at 137 feet and 6 inches high, and is 38 feet wide. The tower could hold 200,000 gallons of water. The city built a new water station in 1954 and the tower was then used for various city administrative purposes. It was also used as a public restroom. Eventually, the Schoolcraft County Historical Society acquired the property in 1973 and opened it and the grounds as a museum and historical park, which it remains today. Interestingly, the outside of the tower is in an octagonal shape, while the inside has 16 sides; this was to provide for better strength and stability to hold the water. It was placed on the National Register of Historic Places in 1981. 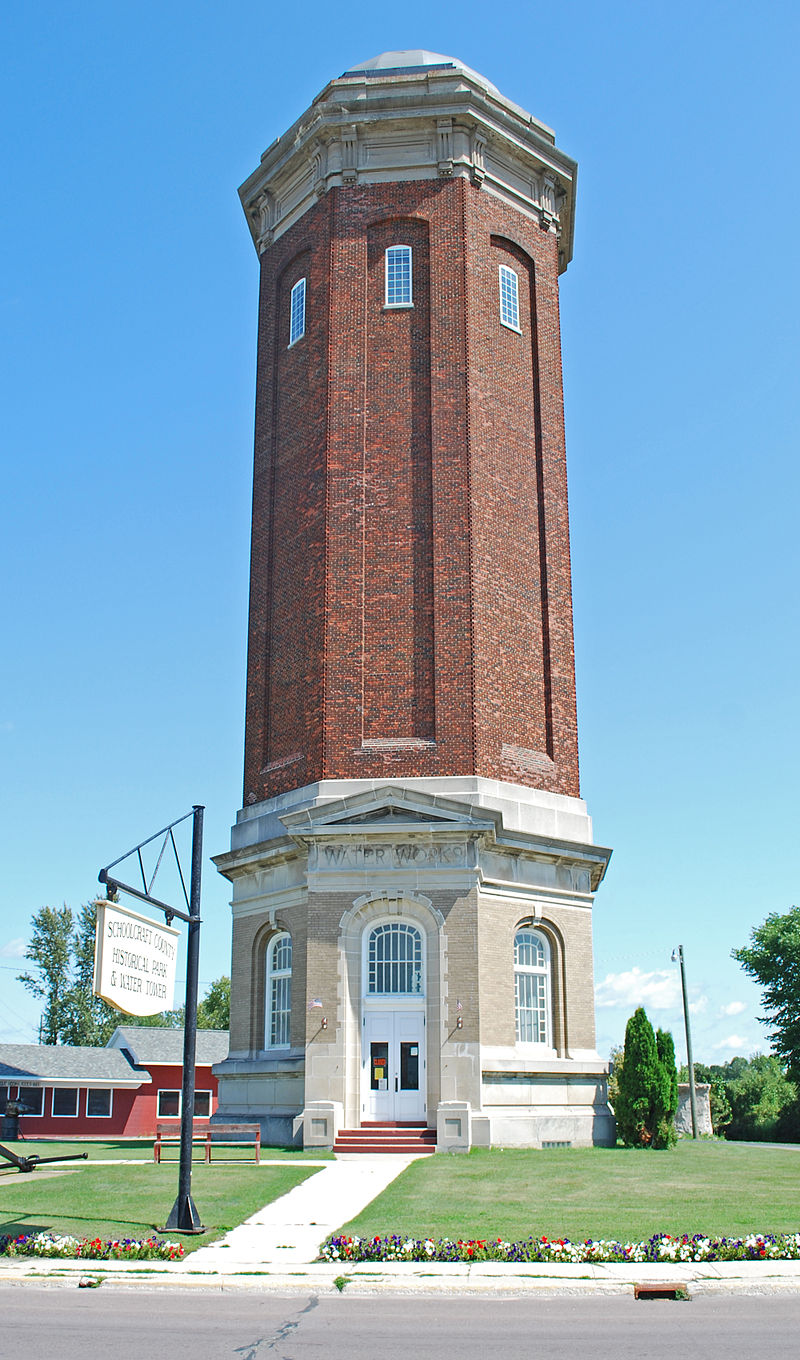 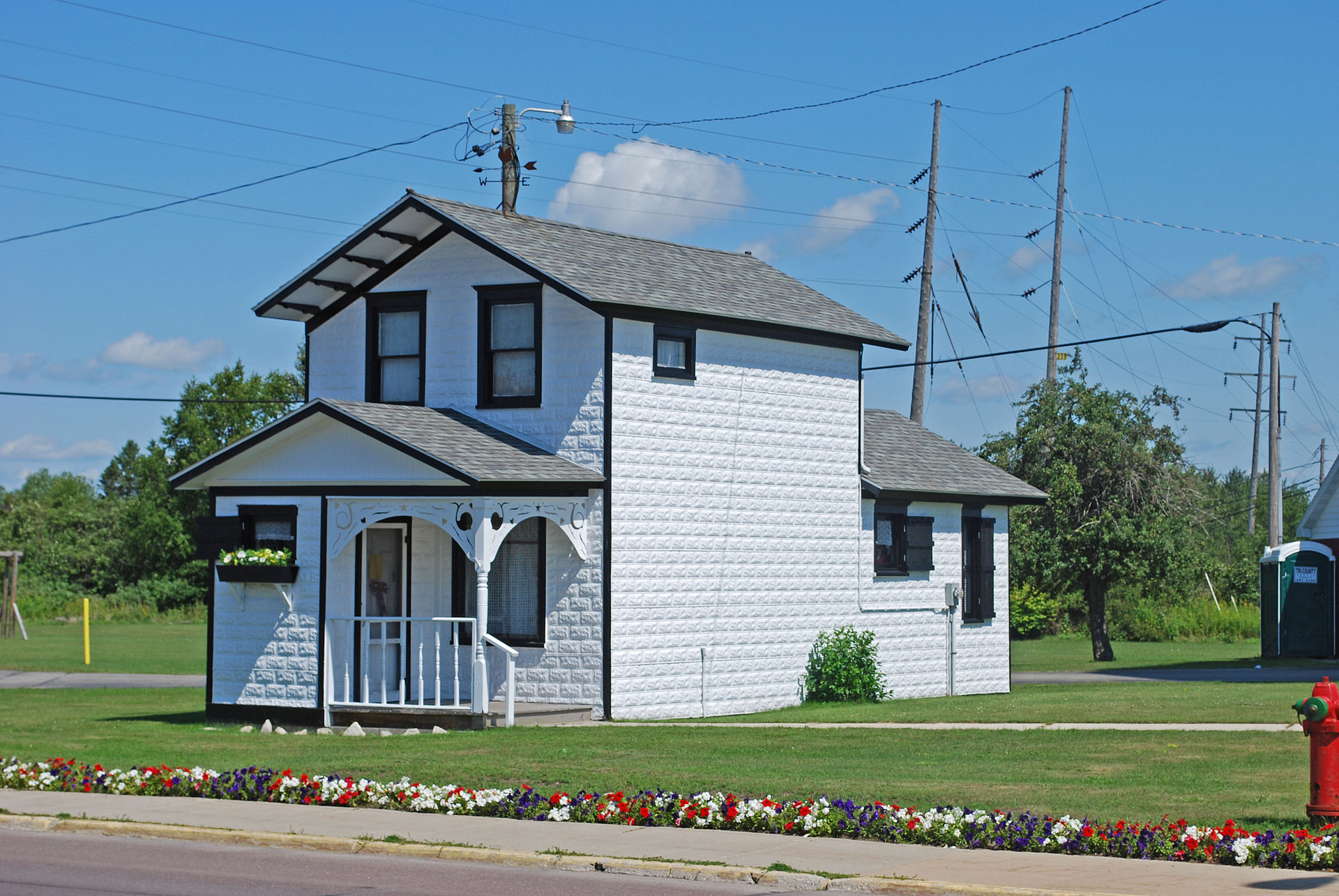