Located just north of Newberry, the Tahquamenon Logging Museum takes visitors back to the time when logging was a big industry in the Upper Peninsula. The museum features original buildings, including a Civilian Conservation Corps "cook shack" (where the men ate). Vintage equipment and tools are on display, as well as old photographs and memorabilia. Highlights include a truck used between 1930-1960 and a large cooking pot made in 1941. There is also statue of a CCC lumberjack, installed in 2002, that commemorates all of the men who worked for the organization. It was cast in France and is the only one of its kind on the peninsula.

The cook shack and the 1941 cooking pot 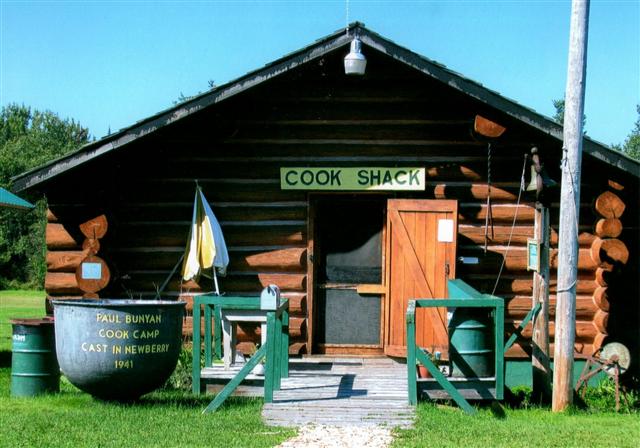