Round Island Light is located on the northwestern tip of the island after which it was named. It was built in 1895 to complement the Old Mackinac Light which was built in 1892. The two lights helped ships sail safely between the two islands. A keeper and two assistants lived and worked at the Round Island Light until 1924 when it was automated. It was finally deactivated in 1947 when the new automated Round Island Passage Light was built just to the north. Afterwards, the island became part of the Hiawatha National Forest but it fell into disrepair and vandalism. Wind from a major storm in 1972 blew off part of a corner of the house portion of the light. This prompted the start of restoration efforts and the placement of light on the National Register of Historic Places in 1974. Though difficult to reach, the light can be visited. It was depicted in the movie, Somewhere In Time, starring Christopher Reeve. 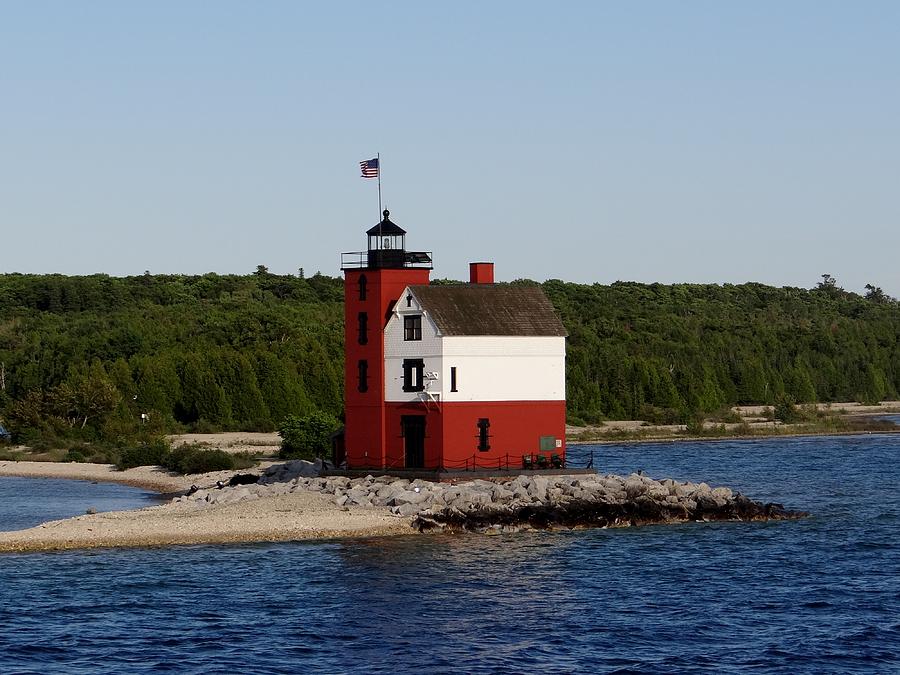 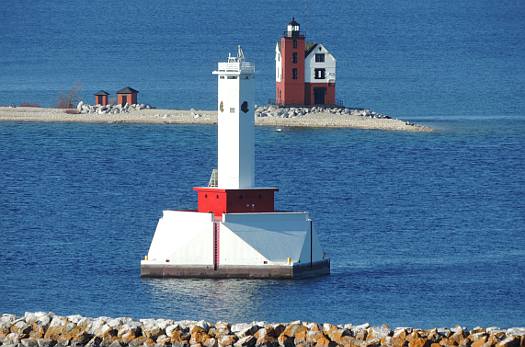