The Father Marquette National Memorial commemorates the life and explorations of French Jesuit priest and explorer, Father Jacques Marquette. Born in 1637, he became a priest in 1650 and made his way to the New World shortly thereafter. He and another explorer, Louis Joliet, led an expedition exploring what was then the deep interior of "New France". They discovered a way to the Mississippi River by way of the Fox River, which begins at Green Bay, Wisconsin and traverses the state (there was a two mile stretch over which they needed to portage their belongings and canoe; the town of Portage, WI is named for this juncture). Father Marquette's notes he made along the journey detail the land and the people's they encountered proved to be invaluable for future explorers as well as modern-day historians (Joliet's were mostly damaged). The memorial is open wooden structure with kiosks inside. A trail with 15 interpretive signs describing Marquette's life and explorations is also at the site. 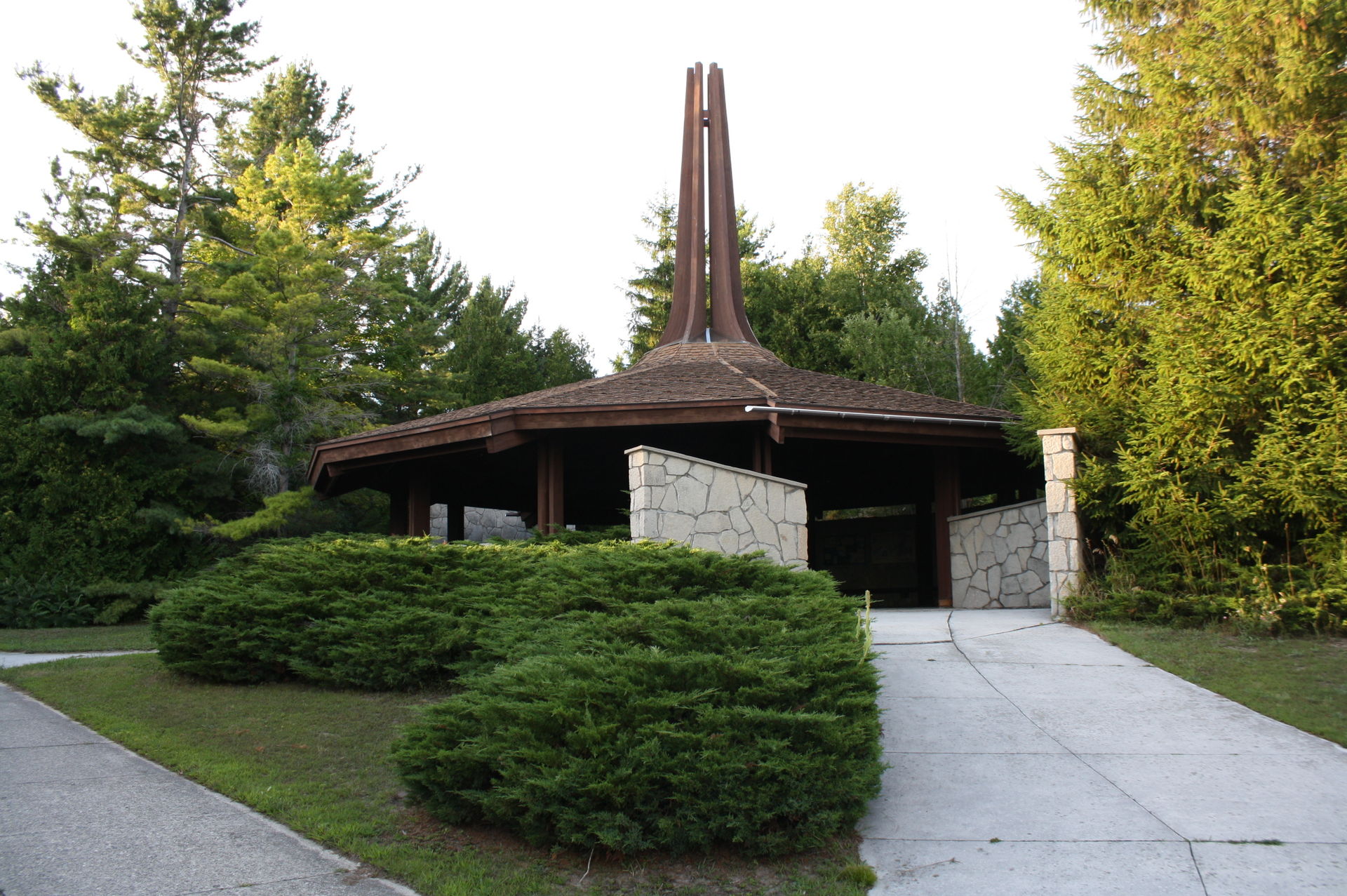