The Michigan State Capitol was built over seven years and features an interior filled with hand-painted murals and Victorian-era furnishings. 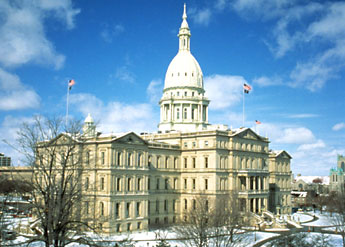 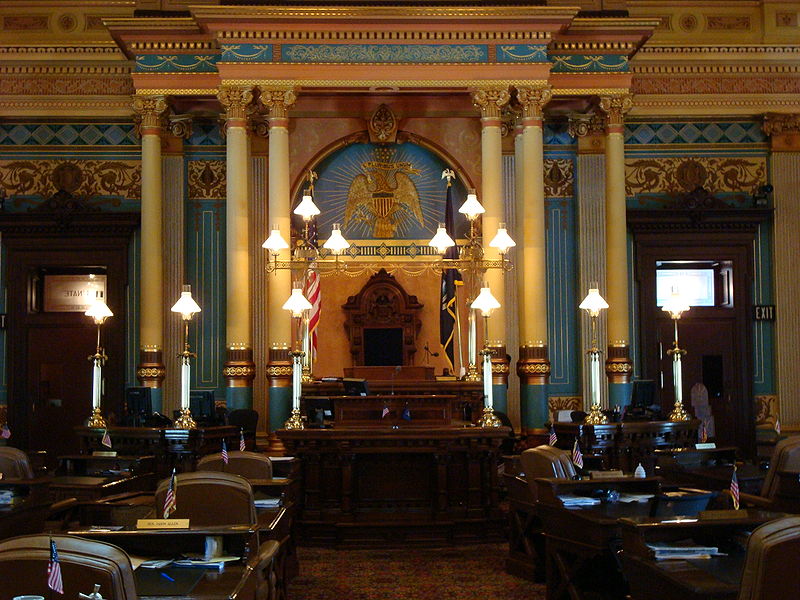 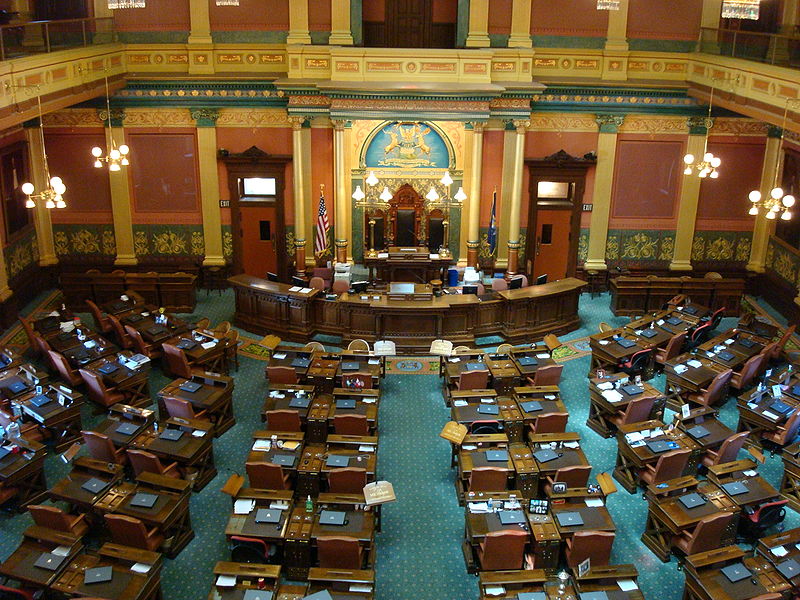 Michigan’s third state capitol was dedicated on January 1, 1879. This magnificent building was built to replace a simpler wooden structure that served as the first capitol building in Lansing after the state capital was moved from Detroit. Designed by architect Elijah E. Myers, the final cost totaled $1,427,738.78.1

The capitol is 267 feet tall, to the top of its cast iron dome. It was originally lit by gas chandeliers, with hand-painted interiors and Victorian-era furnishings. It was extensively restored and rededicated in 1992.

Originally, the Capitol housed all branches of the state government, including the Supreme Court, the legislature, the governor, and various state administrators. The ground floor was originally intended for store rooms and an armory, but the main entrance was later relocated here. The first floor features a rotunda, with astounding views of the inner part of the Capitol's dome, made up of 976 pieces of glass, as well as checkerboard tile floors of marble and limestone. The second floor holds the Governor's Office and the Governor's Gallery, which showcases a portrait of each of Michigan's past governors. The House and Senate Chambers, with public viewing galleries, are on the third floor.2

1. "Your State Capitol." Presented by the Michigan Legislature. http://www.michigan.gov/documents/hal_lm_capinfo_54904_7.pdf 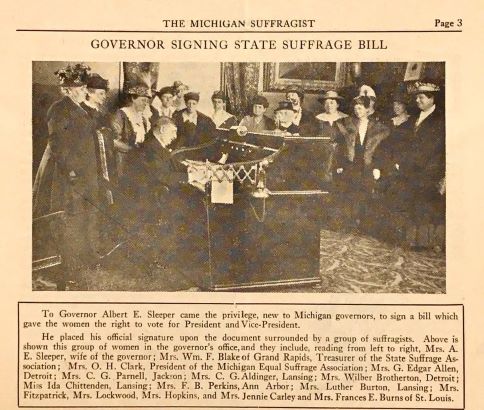 Michigan women were petitioning for the right to vote even before the Civil War and in the 1870s reformers founded the Michigan State Woman Suffrage Association (MSWSA) to campaign for the vote. Like many other states, Michigan women won some limited voting rights in school board elections and education matters. The MSWSA and Michigan Equal Suffrage Association campaigned for state suffrage for the next few decades until in 1912 Governor Chase Osborne actively called on the state legislature to consider granting women the vote. In 1918 Michigan women were granted the vote and in 1919 Michigan was the third state to ratify the 19th Amendment.

Guided tours are offered from 9:00am - 4:00pm Monday through Friday

Explore the government of Michigan, from statehood in 1837 to the present day by visiting three sites that combine tours and exhibits.