Michigan's second capitol and the first capitol in Lansing, completed in 1848. 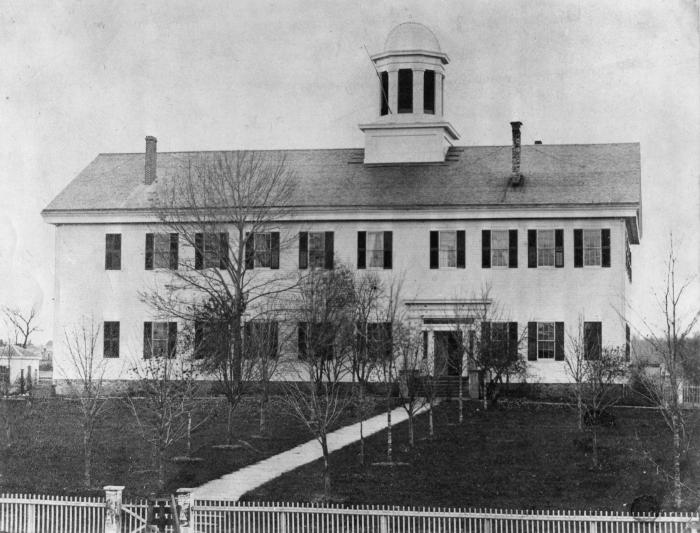 When Michigan became a state in 1837, the first state capital was established temporarily in Detroit. However, the Michigan Constitution required that a permanent location be designated by 1847, as Detroit was not an ideal location for the state capital. Four primary arguments were given for moving the capital inland: A heated debate rose up around which city should be named the new capital. Finally, the Michigan legislature chose the Township of Lansing, little more than a wooded clearing settled by a few dozen people, for its central location. The legislature named the chosen capital "Michigan, Michigan" but this obviously caused confusion. Within a year, it was renamed to Lansing, after various other names were considered, including Huron, Pewanogowink, Kinderhook, El Dorado, Washington, and Swedenborg. Lansing would not actually be incorporated as a city for another twelve years, in 1859.