Washburn Island is currently a state protected nature reserve in Falmouth Massachusetts. The island has been home to a private estate, a military base during World War II, and now is owned and protected by the Massachusetts Department of Conservation and Recreation. The island is home to a diverse coastal ecosystem surrounded by Vineyard Sound, Eel River, Seapit River and Waquoit Bay. All of these bodies of water used for recreational and business purposes. Recreationally the bay serves as a great place to boat, water ski, fish and shellfish while the banks of Seapit River are used as an aquaculture site for Washburn Island Oyster Co.

1893 depiction of Waquoit Bay, Washburn Island, the peninsulas and most of Falmouth. 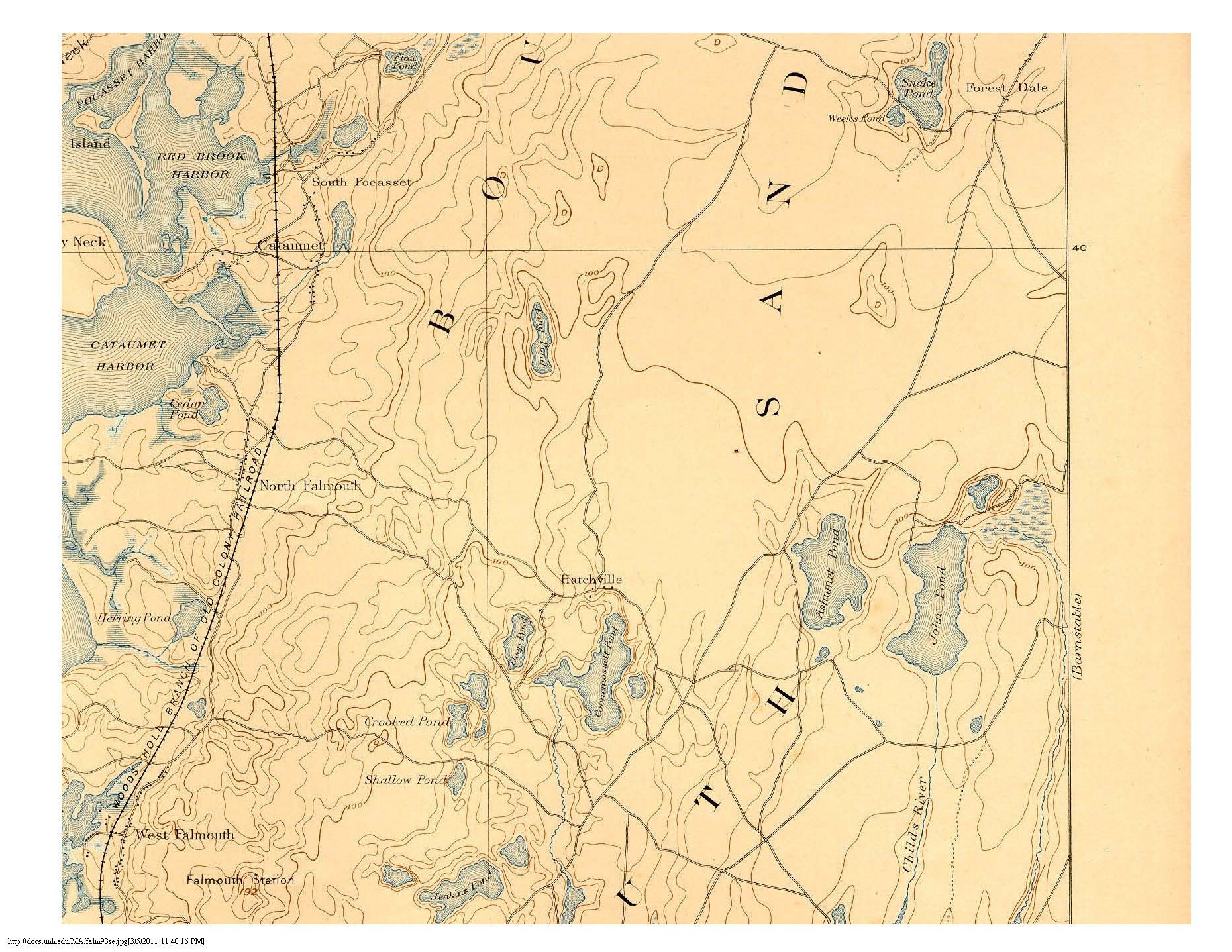 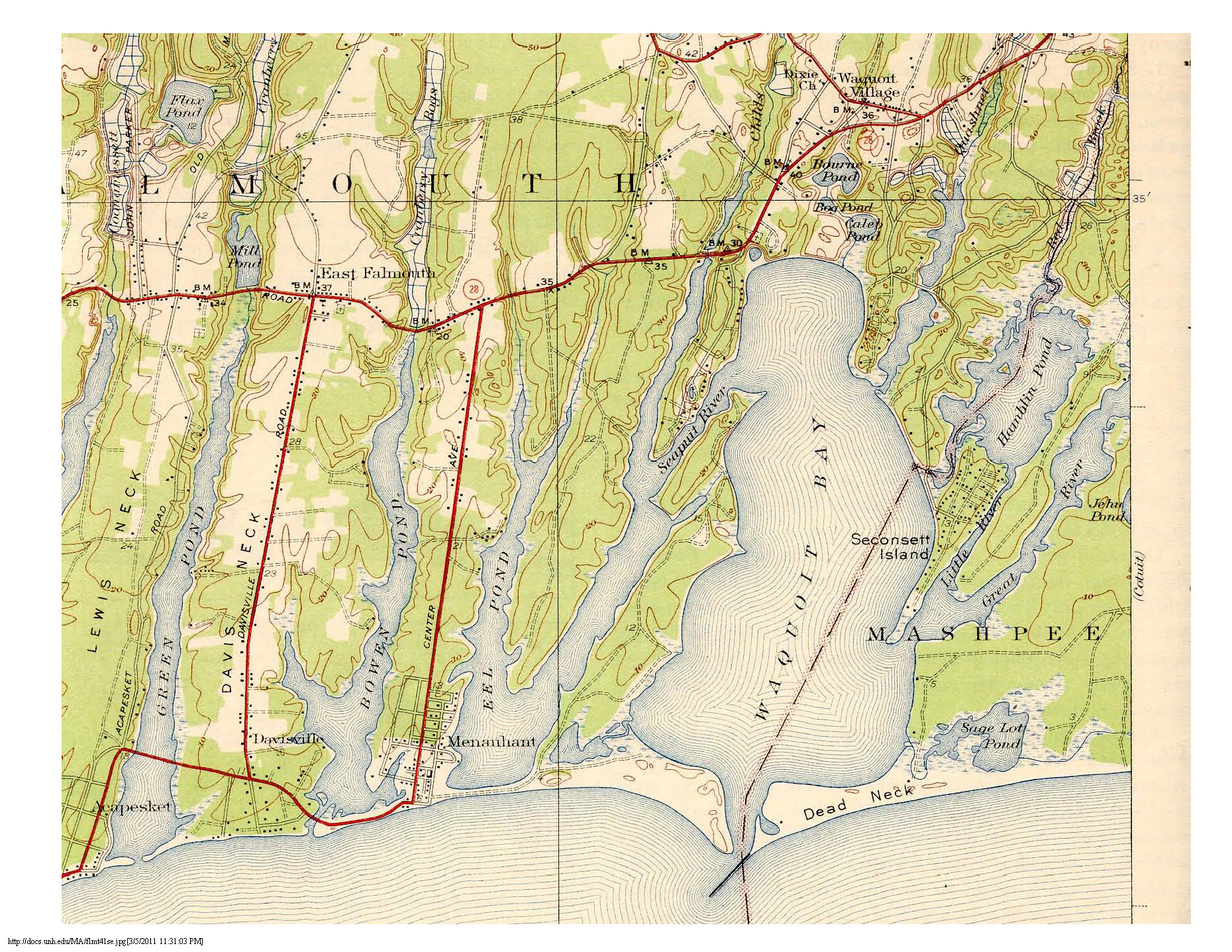 Map from 1941 depicting Waquoit Bay, Washburn Island and the peninsulas while the area was used as a military base called Camp Washburn. At this time you can see a bridge connecting what is now Seacoast Shores to Washburn Island. 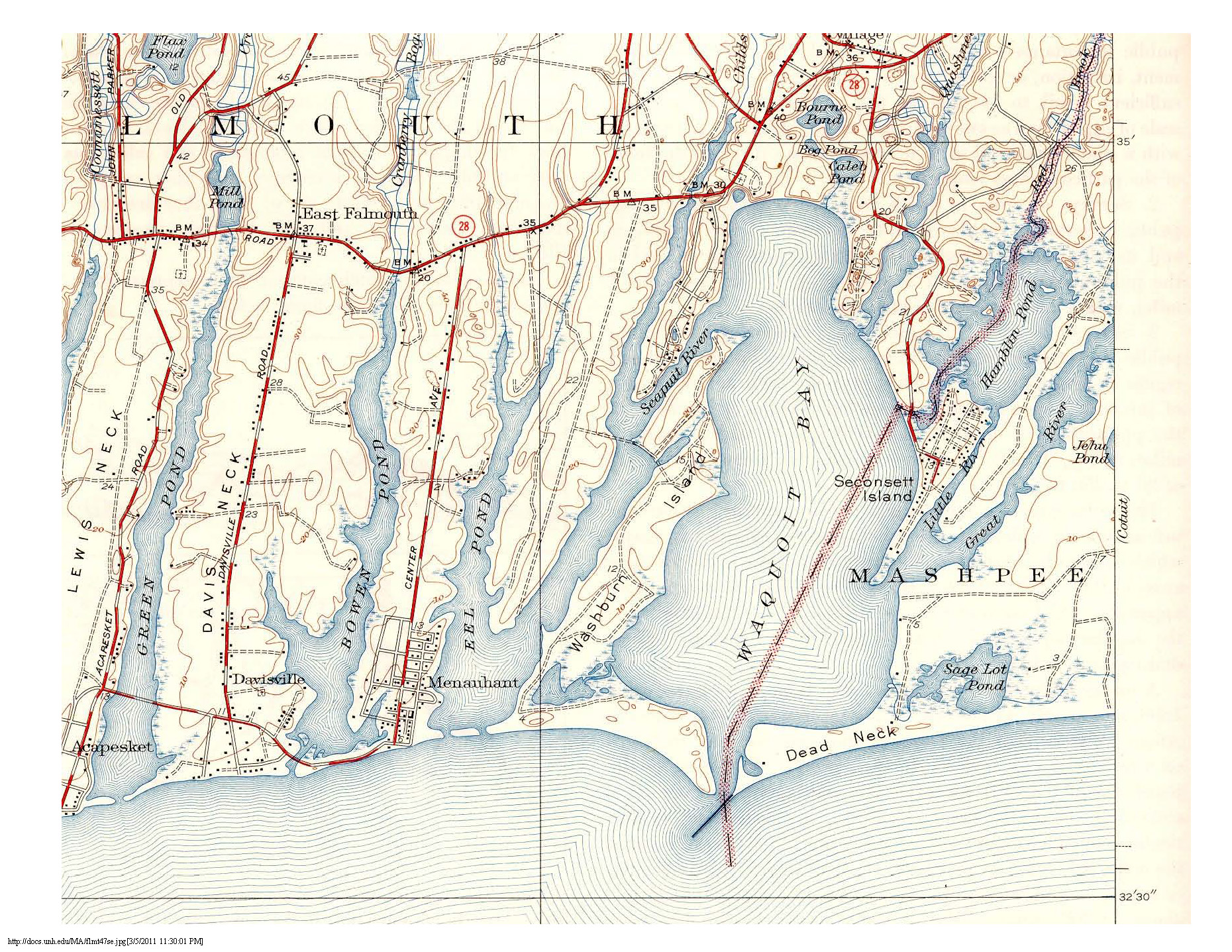 1979 depiction of Waquoit Bay, Washburn Island and the peninsulas. At this time Washburn was officially a state conservation area protected by the Massachusetts Department of Conservation and Recreation and the Areas of Critical Environmental Concern 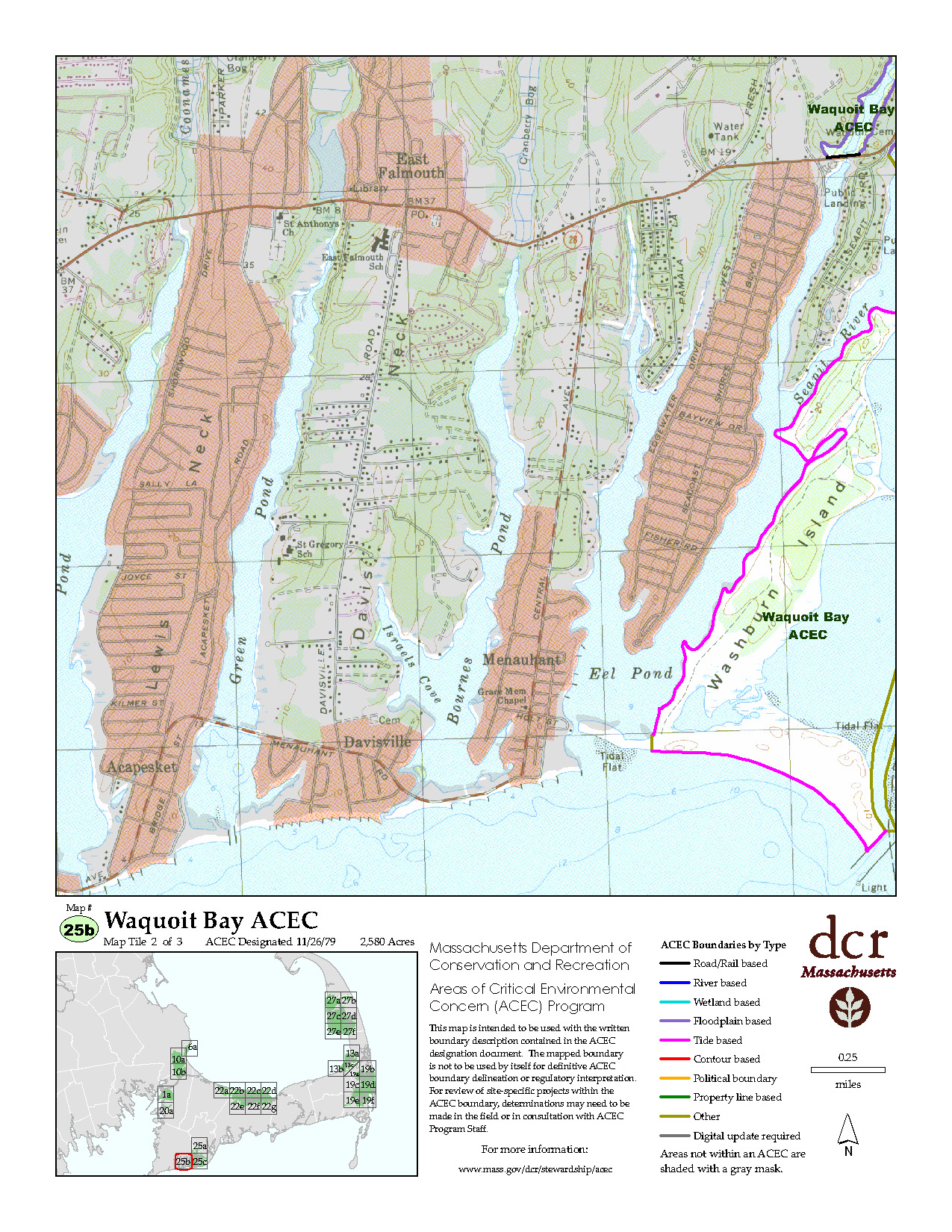 During the summer months, Waquoit Bay is one of the busiest places on the water in Falmouth. Boating, waterskiing, wake boarding, tubing, wind surfing, kitesurfing, fishing, shellfishing and many other  water activities can be seen in the bay. The bay is surrounded by both Falmouth and Masphee, with beaches on both sides. On the Falmouth side the most populated beach is on Washburn Island, this unsettled Island is only accessible by boat. The beaches are usually lined with boats taking advantage of the calm water and sunny days. The Department of Conservation and Recreation also has a camp site on the island for visitors who'd like to stay overnight on the island. Since this is a protected piece of land, there is nobody living on the island and there are no permanent structures, so the island ecosystem is thriving with life, all species on the island are protected by law.


The Island was originally named Menauhant when it was bought along with other land surrounding Waquoit Bay by Richard Bourne. Menauhant was then bought by a former sea captain named Henry Bryant who built a large house on the island overlooking Vineyard Sound. After Bryant, Henry and Florence Washburn bought a large piece of the Island and moved into the home already there. During their time living there the island was renamed Washburn's Island. On October 26, 1926 the house caught fire and was destroyed, this would be the last time any single family would live on the island. For the next 15 years or so the island was used as a place for people to go to hangout and enjoy the water, beach parties were held and the island became vandalized over time.

During WWII the Army and Navy were looking for places to use as base for training and soldier boarding. Washburn and the rest of the Waquoit Bay area became the largest military camp on Cape Cod. The base specialized in training for amphibious warfare, mainly beach landings where boats would travel over Vineyard Sound to unload soldiers, trucks, tanks and equipment onto the shores of Washburn. Soldiers stationed here were called "Cape Cod Commandos" and the island itself was named by locals as the "Cradle of Invasions" for the amount of amphibious invasion training going on there. After being used for training, Washburn was then renovated to become a recovery center for soldiers at the end of the war. About 800 soldiers lived on the Island during the summer of 1945.

After the war the island was abandoned by the military and all structures left were demolished. The island was given back to its original owners who allowed visitors to use the island as they pleased. In 1976 the island was finally put up for sale, Massachusetts ended up being the buyer and the Island was turned into a state park which it remains today.