The Spencer State Hospital, also known as the Second Hospital for the Insane, opened its doors on July 18, 1893 and closed in June of 1989. Located in Spencer, West Virgina, the hospital was built to relieve overcrowding at Weston State Hospital, now commonly known as the Trans-Alleghany Lunatic Asylum. The Spencer State Hospital was intended to treat the mentally ill but patients with other ailments such as pneumonia, tuberculosis, and typhoid fever were commonly accepted to the institution throughout its almost 100 year history. The hospital was an important part of the community of Spencer, West Virginia during its existence. 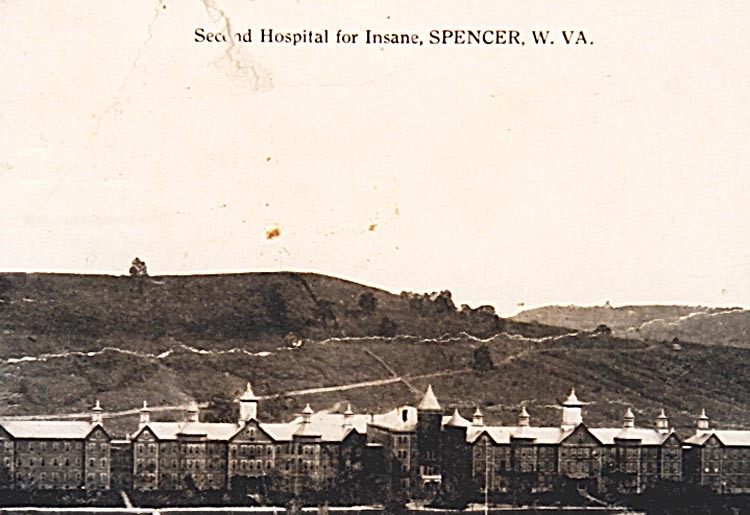 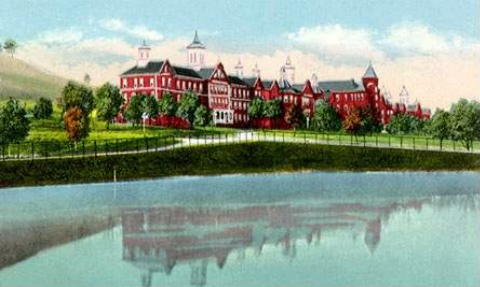 Main entrance to the hospital 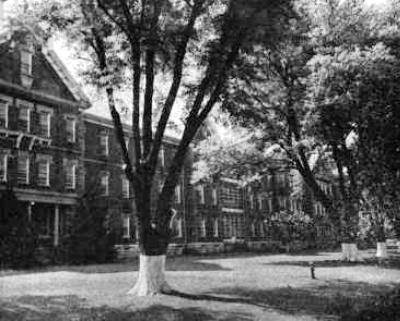 Photo of Chritmas dinner preparation at the hospital 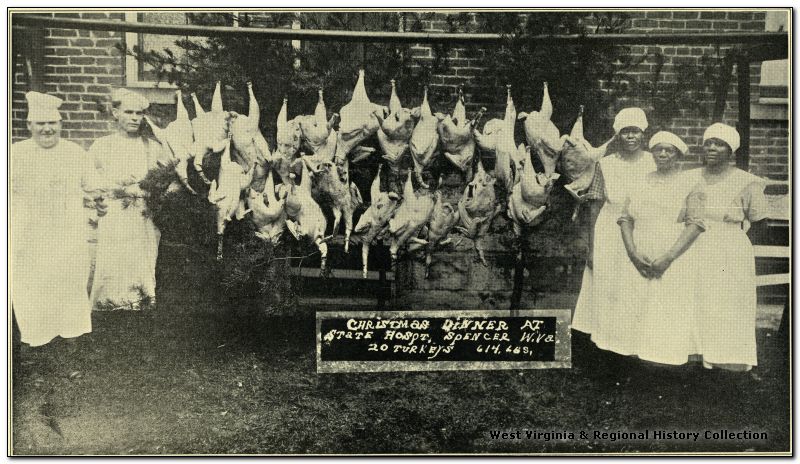 In 1888, the Roane County Court purchased 184 acres of land from Spencer resident William R. Goff in order to begin construction on the hospital. Goff would go on to form the first Bank of Spencer with the money he recieved from the sale of his land. The gothic hospital structure was formed of connected brick buildings, nearly a quarter-mile long, and was sometimes referred to as the longest continuous brick building in America. A self-sustaining institution, farms on site provided food for patients and the hospital also had its own power and water supplies. Throughout its existence, the hospital provided employment for the residents of Roane County.

When the doors opened in 1893, the hospital had 54 patients and by 1914 it was recorded that 9,165 patients had gone through the facility. Those who died in the hospital and whose families did not claim the bodies were either buried in unmarked graves on the hospital grounds, or their bodies were donated to the medical school at West Virginia University in Morgantown. The hospital practiced an “open door” policy, allowing patients to roam the grounds freely. A fence was built to keep patients from going into the town of Spencer.

Dr. James C. Freeman, known as the father of lobotomies, performed frontal lobotomies on patients at the hospital during the 1950s. It is now known that this surgery did not actually cure a patient, but instead would turn them into “apathetic zombies” 1. Dr. Thomas C. Knapp, superintendent of the hospital during Dr. Freeman’s visits, recalled that Freeman once forgot the surgical hammer needed in the operation and used a wooden mallet found in the kitchen. Dr. Freeman also practiced lobotomies at other mental institutions in West Virginia.

Changing ideas of mental health services and the popularity of the concept of deinstitutionalization would lead to the closure of the hospital. Over the years the hospital became more of a care-giving center than a treatment facility as it was originally intended. During its final years, overpopulation of the facility, understaffing, and reduction of medication levels led to many injuries to the staff from violent patients.

Despite efforts from the community to save it, the hospital closure in 1989 brought an end to the prosperity it provided to the town of Spencer. At the time of its closure, 366 workers were employed by the hospital which funneled around 3 million dollars a year into the economy of Roane County and surrounding areas. In 1993 an auction was held that sold the majority of the equipment of the hospital. The old hospital buildings have since been torn down and a Walmart now exists on the old hospital grounds.