One of three museum operated by the Menominee Range Historical Association, this museum features over 100 exhibits covering the late part of the 1800s through the early 1900s. Native American artifacts, items and tools early settlers used, and late Victorian furnishings are on display. Highlights include a canoe dating from 1650-1756 (and another one made in the early 1900s), and several antique guns. Early town life is also depicted with recreations of doctor and dentists offices, and a pharmacy. The museum is housed in the former Carnegie Library, which was built in 1902. It is part of the Iron Mountain Central Historic District, which is on the National Register of Historic Places. 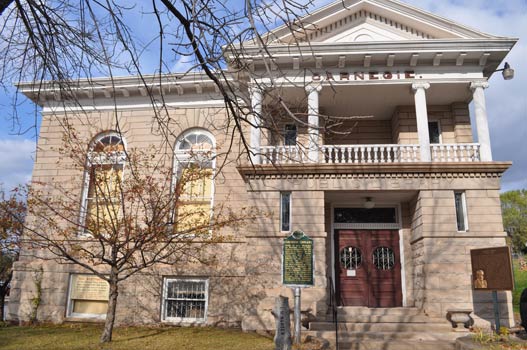