The South Side Bridge in Charleston, WV, was established as a result of the city becoming the state capital, and a sign of growth throughout the South Side. The bridge was completed in 1891, and allowed community members to cross the Kanawha River to the C&O Railway station without having to board a ferry. In 1936 the original bridge was condemned and another was built in its place by the WPA in efforts to revitalize Downtown Charleston. The bridge was renovated in the 1990s in effort to preserve a historic piece of Charleston that was largely responsible for the city’s expansion into the South Side. A local rumor that Chuck Yeager flew under the South Side Bridge was in circulation until the famous pilot debunked the accusations in 2010. 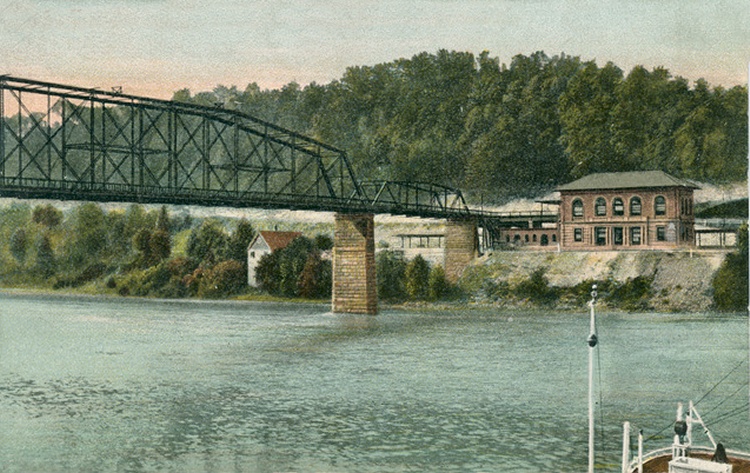 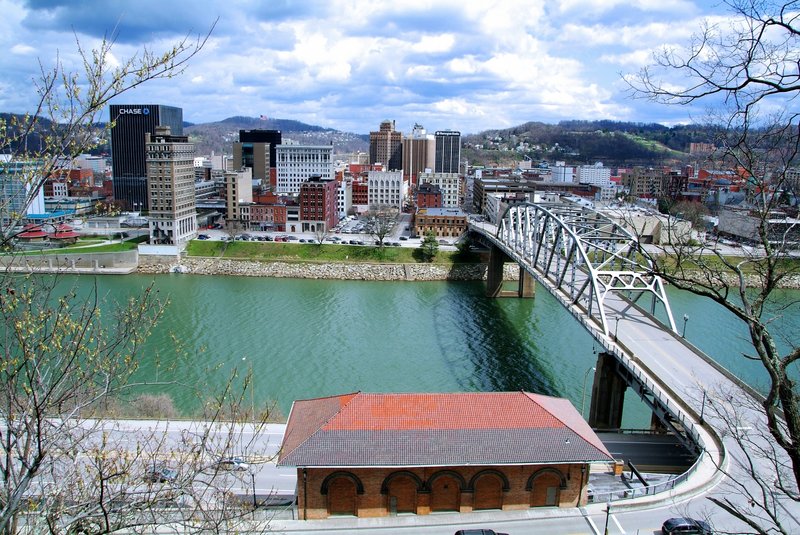 The original South Side Bridge was built in 1891 in Charleston, WV for easier access to the Chesapeake & Ohio Railway on the south side of Kanawha River. Construction of the bridge connected the city and strengthened development on the south side of the river and the area that is now South Hills. The original bridge remained in use for 35 years until it was condemned and demolished in 1936. Construction of the new South Side Bridge began in 1936 and completed in 1937 as part of a Works Progress Administration (WPA) project. The large New Deal project aimed to revitalize downtown Charleston and included the Municipal Auditorium, Kanawha Boulevard, and South Side Bridge, as well as updating existing infrastructure.

In 1990, the South Side Bridge underwent a much needed revitalization. The bridge has two lanes travelling in both directions as well as sidewalks on both sides; it is also open to bicycle traffic. The most recent daily traffic estimate states that over 20,000 vehicles use the bridge every day. It is the principal link between downtown and South Hills. The South Side Bridge is eligible for the National Register of Historic Places, but as of 2016 it has not been officially added.