The Ontonagon Lighthouse was built in 1853 and operated until 1964. As Ontonagon's economic prosperity increased, thanks to the onset of the lumber and mining industries, the need for a light to help ships enter the town's port became apparent. The lighthouse, which was made of wood, did not last very long as result of the harsh weather of the Upper Peninsula. A new one made of brick was constructed in 1867. This one stands at 34 feet high and no longer has a light; the Fresnel lens is now on display at the Ontonagon County Historical Society Museum. The last keeper and his wife were allowed to live at the lighthouse. It was placed on the National Register of Historic Places in 1975. In 2003, ownership transferred to the historical society, which takes visitors on guided tours of the lighthouse; it is possible to climb to the top. 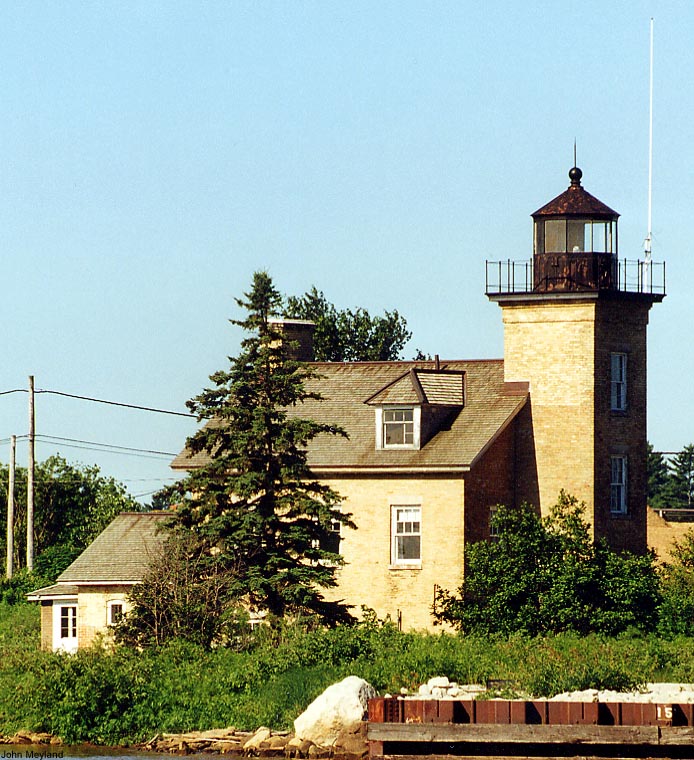