Charleston's Luna Park Historic District includes the site of the former amusement park called Luna Park. This area of the West Side was turned in to residential housing after the park burned to the ground in 1923 and was never rebuilt. 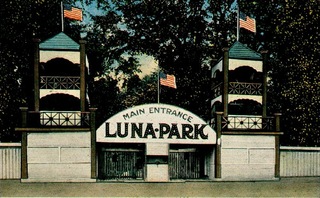 506 Kanawha Blvd. West, built in 1925 in the popular Georgian Revival style. It is located in the Luna Park Historic District. 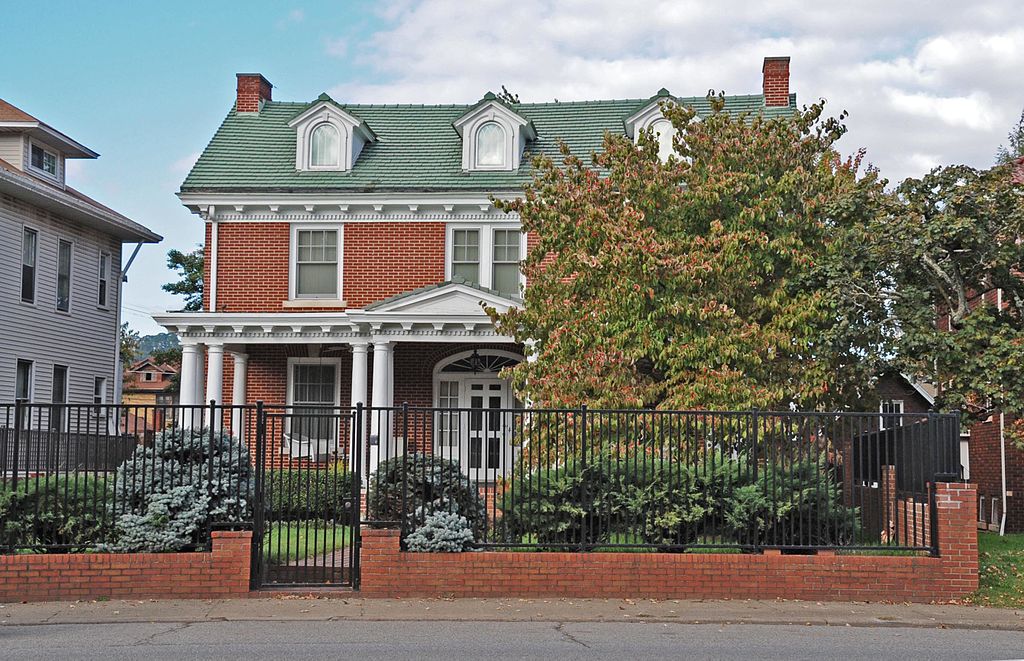 The Luna Park Historic District was created as a National Register district named in honor of the burned Luna Park that occupied part of the neighborhood after its closing in 1923. A residential neighborhood occupied the area surrounding the park, and after the park closed the former trails through the park were paved and building lots sold. Streets within the park boundary are laid out in an irregular pattern, while other nearby streets are configured in a general grid pattern.  Park Avenue was the former park entrance road.

Luna Park was built by J. B. Crowley in 1912 on the north bank of the Kanawha River in Charleston. The park occupied seven acres on what had been a three-hole golf course. At present, the park’s site is bordered by the river, Park and Glenwood avenues, Park Drive, and Grant Street.

At the main entrance on Park Avenue stood a large wooden fence with two flag-topped spires. Behind the fence, a footbridge led to level ground where park goers could ride the Royal Giant Dips Coaster, a merry-go-round, and Ferris wheel; play games of chance and skill on the midway, and picnic under shade trees. Other park attractions included a zoo, skating rink, boxing ring, and dance pavilion. Special entertainment included free outdoor movies, hot air balloons, and trapeze artists. People walked to the park or rode streetcars. Excursion boats came from as far away as Gallipolis and Point Pleasant to let off passengers.

On May 5, 1923, a fire started by welders working on a new swimming pool destroyed most of the park. Although Luna’s owners announced that they would rebuild, the park never reopened. The walkways were eventually paved and houses constructed on the site.

The Historic District is open to the public