Woodrum's Furniture Building, also known as Woodrum Home Outfitting Co., is a six-story commercial building located in downtown Charleston, West Virginia. The building was built in 1916 and a rear addition was added in 1937. Woodrum's Furniture faces the south side of Virginia Street and is the tallest building on the block, which has many buildings from the same period of early 20th-century Charleston.

The former Woodrum's Furniture building as it appears today. 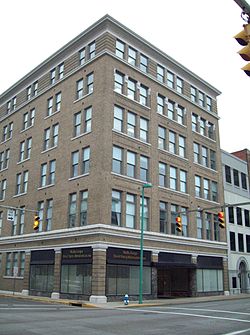 The newly constructed Woodrum's building in 1916. 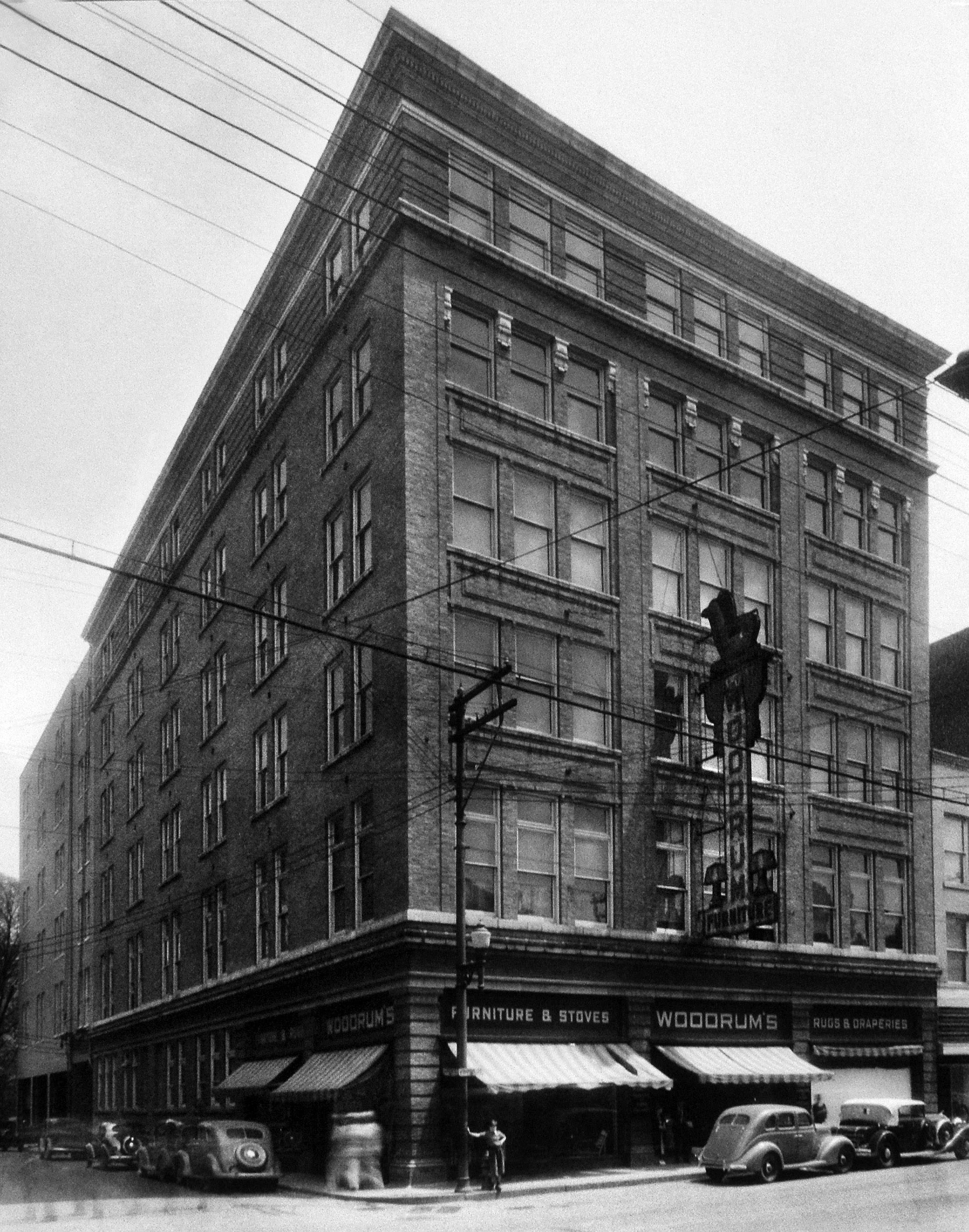 On April 16, 1906, Charles and John Woodrum opened a small furniture store on Kanawha Street. Over the next ten years of successful business, the company needed a bigger building.1 The Woodrum's Furniture Building was constructed in 1916. Originally, it was known as Woodrum's Home Outfitting Company by brothers Charles and John Woodrum. A 50,000 square foot addition was completed in 1937, which doubled the retail space with new floors and room to showcase home furniture. With this new addition Woodrum's Home Outfitting Company became the largest furniture store in Charleston at the time. The Woodrum's Building was listed on the National Register of Historic Places in 1996.2