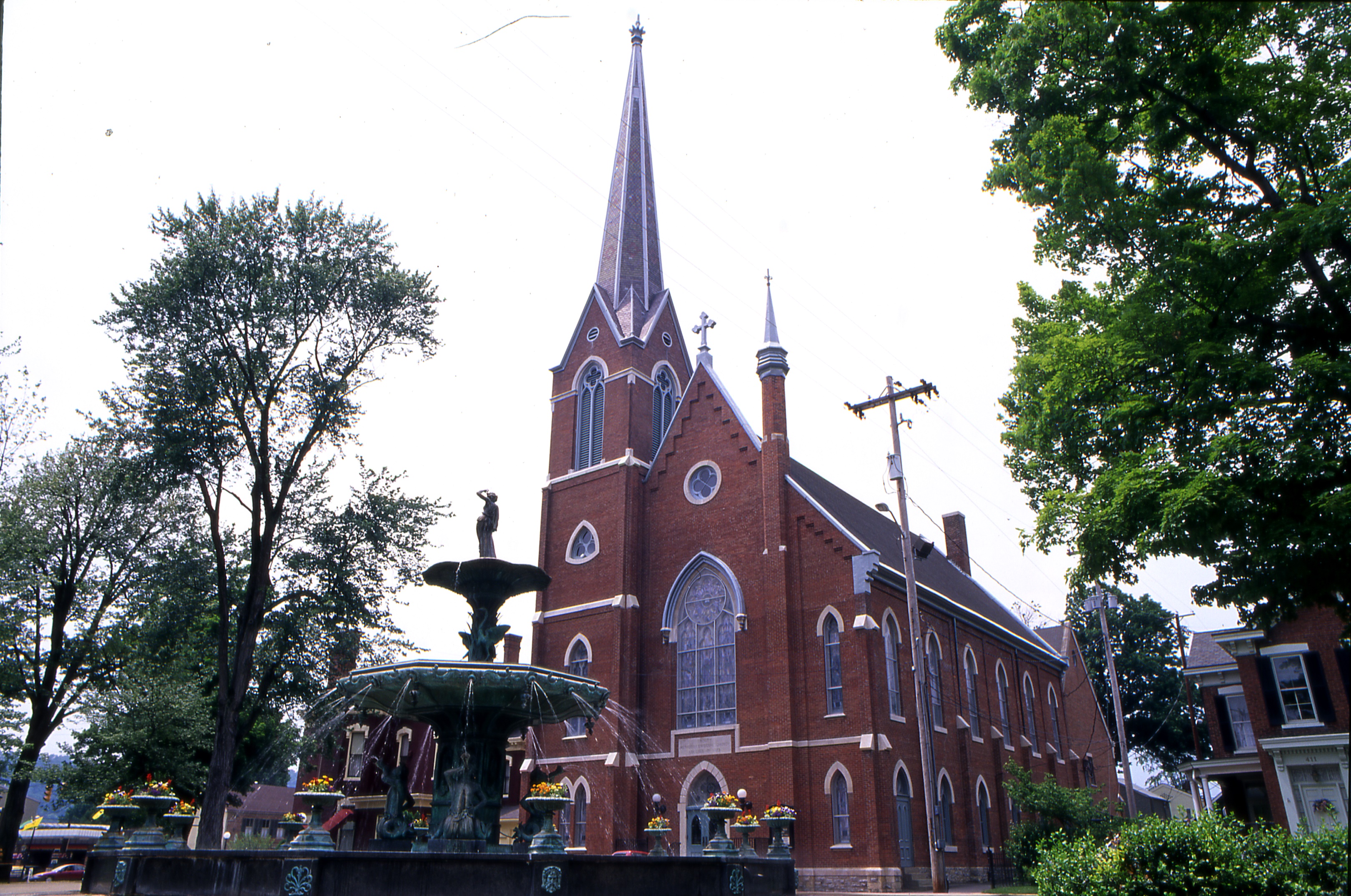 Trinity church faces Broadway. The outside windows came from the studio of W. Coulter and Son of Cincinnati. In 1967 an educational wing was added to the original church's west wing. The bell tower stands at the southeast corner of the church, with horizontal bands of limestone dividing it int four parts.
(Madison Mayor's Eagles project)