The Negaunee Historical Society was founded in 1982 by local residents who wanted to preserve and promote the town and surrounding area's history. It is located in a house that was built in 1901 and later became the local headquarters for the American Legion post in 1958. The society opened the museum in 1990. Exhibits are spread out over three floors, with one devoted to mining, which was an important industry for a long time in the Upper Peninsula. Other topics covered include a 19th century living room, sports, military history, Native American cultures, and railroading. 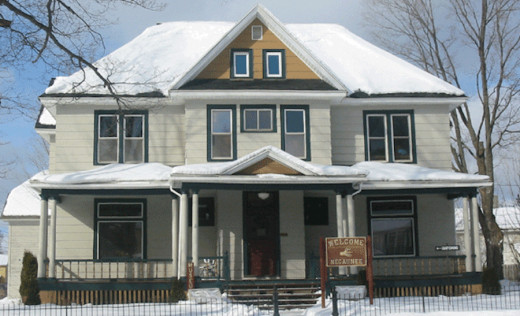