The Science, Industry and Business Library (SIBL) (formerly B. Altman's)

The historic B. Altman's Department store, which occupied an entire city block between 5th and Madison Avenues and 34th and 35th Streets, was the third location for the now-defunct retail giant. Constructed in 1905 in the Renaissance Revival style, the Fifth Avenue side opened in 1906 to critical acclaim, with the Madison Avenue side completed in 1914. The building was given landmark status by New York City in 1985, just four years before the store went bankrupt and ceased operations in 1989. The Science, Industry and Business Library (SIBL) of the New York Public Library system, located on the Madison Avenue side of the former store, was initiated in 1991 and opened to the public in 1996. It is a premier public business library with electronic resources, print materials and services for both start-ups and established businesses. A recent plan to sell the space and move its collection to the main library location (Schwarzman Building) on 42nd Street was abandoned, but the library's future remains uncertain.

The original B. Altman's store, circa the 1920s 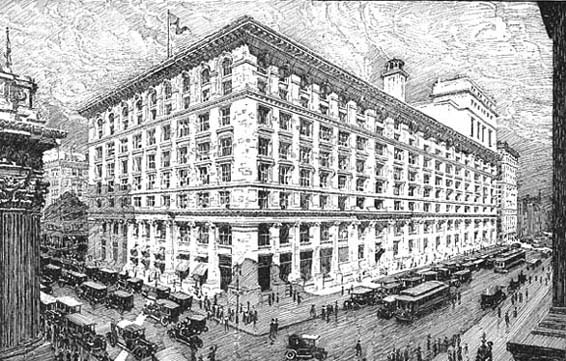 Exterior view of The Science, Industry and Business Library (SIBL) at the former B. Altman building 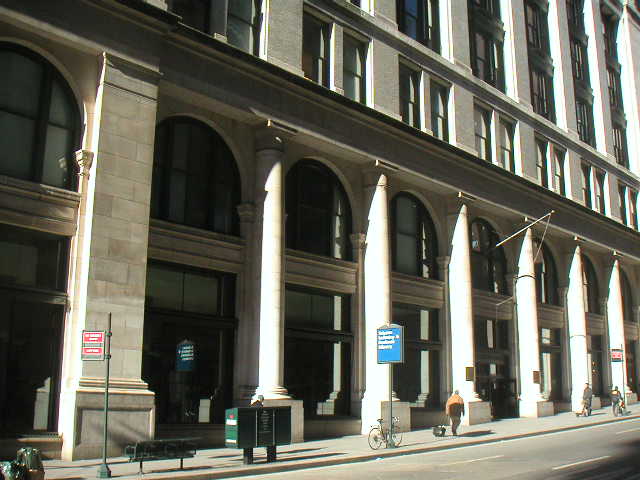 A detail of the exterior of the SIBL building 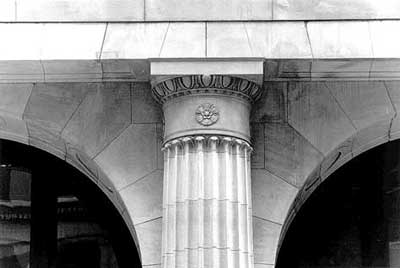 An interior view of the SIBL building

An interior view of the SIBL building 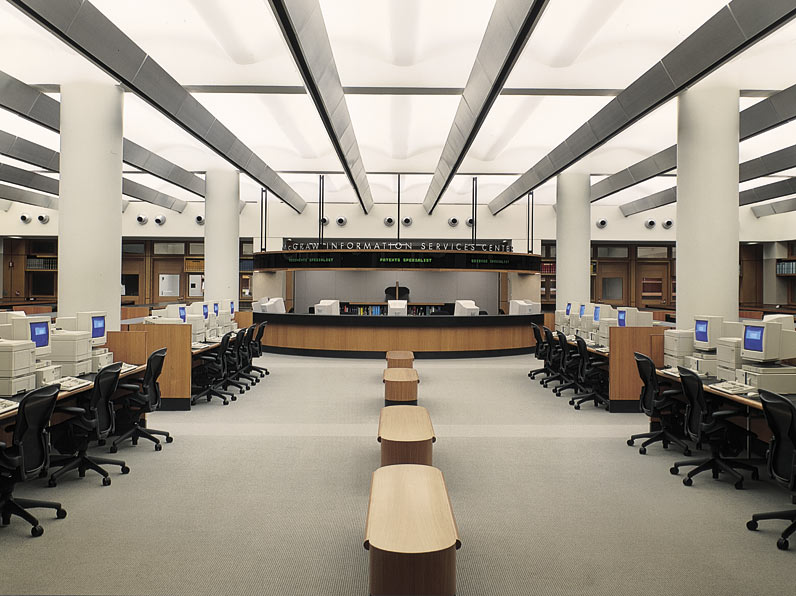 B. Altman's third and final New York location was the first large-scale Fifth Avenue store in the city. It was designed by Trowbridge and Livingston, who also designed the St. Regis Hotel (1904) and the Hayden Planetarium (1935). Built with French limestone in the Renaissance Revival style, the architects made the store fit smoothly into its posh Fifth Avenue neighborhood by using the same Italianate palazzo models that had been employed by many of the large private mansions in the area. (French limestone had only previously been used for residences, not commercial buildings.) The construction of the store was the beginning of a trend of Fifth Avenue stores stretching to 59th Street, which included Bergdorf Goodman, Saks, Lord & Taylor’s, and many others.

The store at the height of its success was a kind of miniature community, containing a medical department for employees (and, on an emergency basis, for customers), with seven beds, a doctor and two nurses; a school for younger employees; and, in the sub-basement, a power plant. This last came in handy during New York’s 1965 power Blackout, which made the store a refuge for those fleeing the dark and the sweltering heat, and the store's staff passed out free sandwiches to those who sought temporary shelter there. The company was driven into bankruptcy when it was acquired by a real estate developer who misguidedly tried to turn the store into a franchise. (The Fifth Avenue side was then occupied by Oxford University Press, and finally by the CUNY Graduate Center.)

The New York Public Library purchased the Madison Avenue side to construct its new Science, Industry and Business Library (known as SIBL) at an estimated cost of $100 million, half of which was raised from charitable contributions and half from public funds. The library opened in 1996 to widespread praise, with the library's president calling it "a prototype of the 21st-century Library." According to the library's mission statement, SIBL “commits its exceptional resources and expertise to providing open access to information in support of education, research, and entrepreneurial activities.”

The architects were Gwathmey Siegel Kaufman LLC, whose design goals were flexibility and accessibility. A 33-foot-high atrium unites the lobby area with the research collections on the lower level. A stainless steel staircase leads down from the entrance lobby to the Research Library, which comprises extensive research facilities, a 125-seat Conference Center and an Electronic Training Center with four modifiable classrooms. On that level also is a wall of electronic ticker tape and televisions tuned to business channels to provide up-to-the-minute information. SIBL is a full-service circulating library with storage for a collection of 1.5 million volumes, an open-shelf reference collection, periodical shelving and a full catalog area.

In the years since it opened, changes in the information environment, including the expansion of the Internet, led the library to customize its services for small businesses that have limited time to spend in the library. For example, one SIBL program, SCORE, provides free, in-depth business counseling for business owners and small businesses. The Job Search Center is a one-stop-shop for job seekers, providing events from lectures to workshops, databases, and one-on-one professional career coaching.

Several years ago, the library announced its Central Library Plan (CLP), the object of which was to close and sell SIBL and the Mid-Manhattan branch at 40th Street, remove 1.5 million books from the main research library (Schwarzman Building) at 42nd Street to a remote location in New Jersey, and place the collections of Mid-Manhattan and SIBL permanently in the main library. The plan was estimated to cost at least $300 million, fully half of which would be taxpayer-funded. The Committee to Save the New York Public Library and other groups and prominent individuals strongly opposed this plan, and contentious New York City Council hearings were held to debate the issue. In the end, under great public pressure, the CLP was abandoned.

"The Truth About the Central Library Plan." The Committee to Save NYPL. Accessed Web, 5/19/17. http://www.savenypl.org/the-plan/the-truth-about-the-central-library-plan-2/.