One of Boston's oldest remaining brick building and one-time home of John Hancock's brother, the Ebenezer Hancock House (built circa 1767) is a National and Boston Historic Landmark. The restored structure—Boston's only remaining building associated with John Hancock—is now home to a lawfirm [1; 2; 3]. 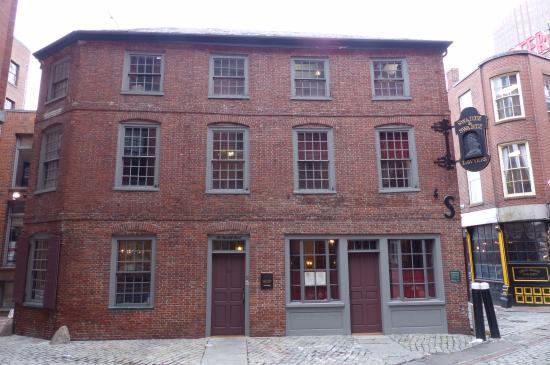 The house in 1912 (image from Wikimedia) 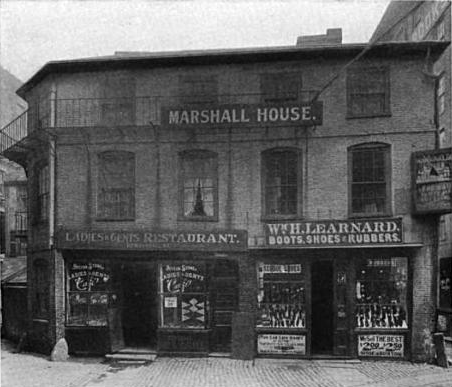 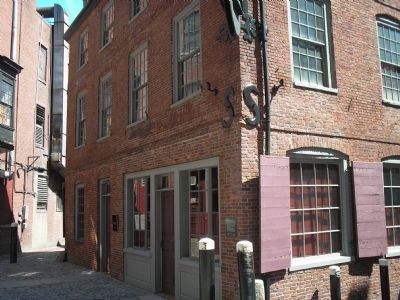 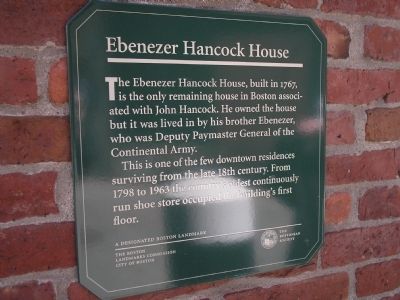 The land on which the Ebenezer Hancock House now stands was once home to William Courser, Boston's first Town Crier, in 1660. In 1737, the site was the home of James Davenport, Benjamin Franklin's brother-in-law [3]. John Hancock, President of the Continental Congress, the first Governor of Commonwealth of Massachusetts, and Revolutionary patriot, inherited land from his uncle Thomas in 1763. On part of this land, the Georgian-style Ebenezer Hancock House was constructed circa 1767, a three-story Flemish bond brick residence-and-shop with three chimneys and a central stairwell [1]. John Hancock's own home was on Beacon Hill, and he never lived on the property [2; 3]. By 1776, John's younger brother, Ebenezer, was in residence. That same year, Ebenezer was appointed as Deputy Paymaster General of the Continental Army. During the Revolution, the house doubled as Ebenezer's home and the headquarters for his post. Troops' pay was disbursed from the house, and the 2 million silver crowns loaned by King Louis XVI of France to fund the Continental Army was stored there in 1778 [1; 3].

With the Revolution won, John Hancock sold the house in 1785 to Boston glass and china merchant Ebenezer Frothingham, whose shop opened up on the first floor. In 1798, the store became a shoe shop owned by Benjamin Fuller (later owners were William H. Leonard and George H. Tarbox), and continued operation as a shoe store until 1963, making it the longest continuously operating shoe store in the United States [1; 3]. Other sections of the first floor and the second and third floors were occupied by a boarding house, a restaurant and tavern, an officer's club, and a privately operated museum. Aside from additions built in 1929 and 1942, the house retained its historic integrity, and is the only vernacular structure of its age left in Boston. It is also considered the most intact, most important Georgian interior in the city [1]. Thanks to its designation as a Boston Landmark and National Historic Landmark through the efforts of Swartz & Swartz lawfirm in 1976, the building has been preserved and restored. The house was vacant and in decline at the time, but Edward Swartz supervised the restoration, which left intact the building's handmade bricks, original beams, hand-wrought finishings, and working fireplaces [3].

The Ebenezer Hancock House, built in 1767, is the only remaining house in Boston associated with John Hancock. He owned the house but it was lived in by his brother Ebenezer, who was Deputy Paymaster General of the Continental Army. / This is one of the few downtown residences surviving from the late 18th century. From 1798 to 1963 the country’s oldest continuously run shoe store occupied the building’s first floor. / Erected by The Boston Landmarks Commission, City of Boston [2].