The Garred House was built by the prosperous Garred Family of eastern Kentucky around 1850. The Garred property lies about nine miles south of Louisa, Kentucky along U.S. Highway 23 and was first purchased by the Garred family in 1820. The famous stone house stood for over 160 years on the banks of the Levosa Fork of the Big Sandy River. The Garred House, Chapel, and Burial Vault are listed on the National Register of Historic Places. 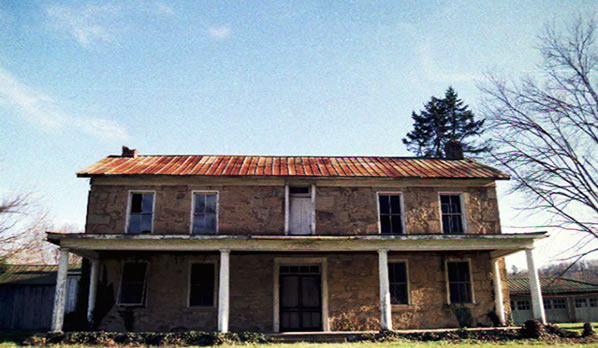 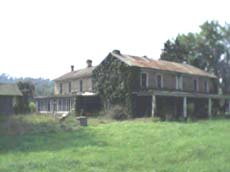 The family cemetery. The chapel can be seen in the background 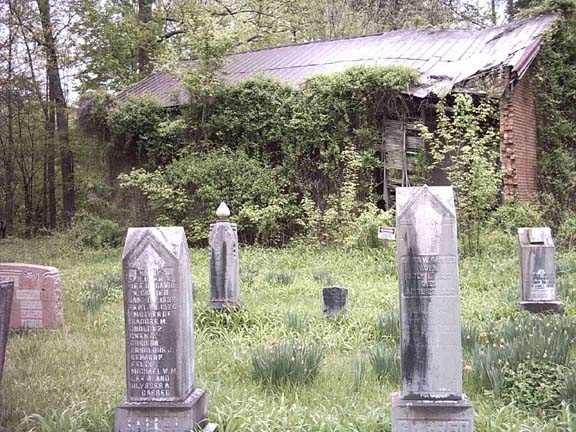 The ruins of the Garred Chapel 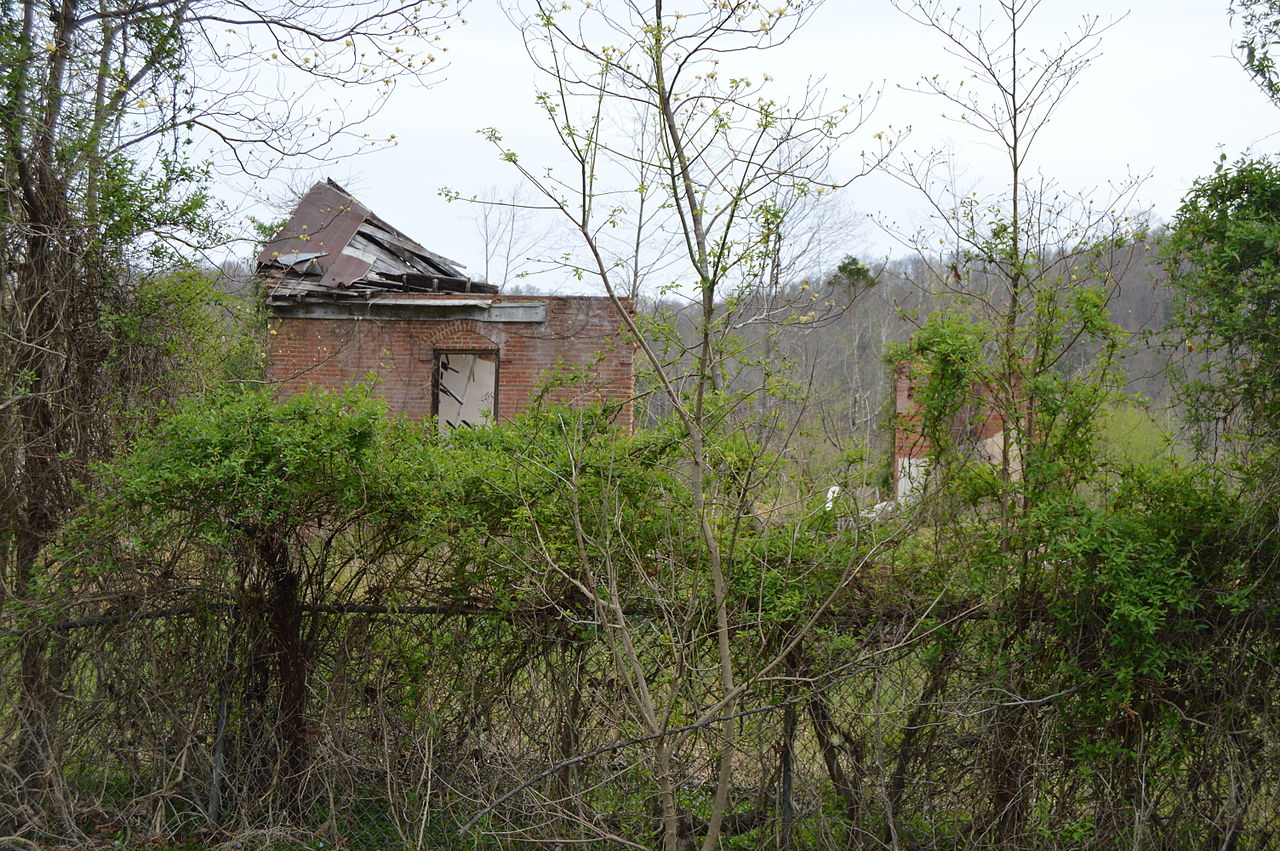 The Riverview Memorial Gardens Cemetary, built in 2013, now standing where the Garred House once stood

Demolition of the Garred Home 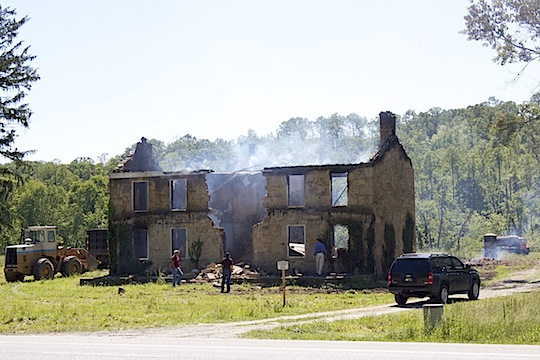 David and Jeanie Garred moved to the area in 1820 from Monroe County, Virginia. The Garreds were one of the wealthier farming families in the area and one of the few families to own slaves. They first built a log house on their property where they raised their family. David Garred carefully arranged his burial plans before his death, and decided to be buried on a hill across from his property. He and his wife are both buried in a stone vault believed to be the first stone burial vault in the eastern Kentucky area. The expensive piece of Vermont marble inscribed with David’s last name was famously misspelled. The Garreds were originally called the Garretts, but sending the marble back to be fixed would have been both time consuming and expensive. As a result, the family adopted the spelling of Garred.

After David Garred’s death in the 1840s, his sons David W. and Ulysses began work on a new stone house. The home, built with slave labor, used remarkably large sandstones considering the technological limitations of the time. The Garred stone home was commonly referred to as “the most commodious stone house in the Sandy Valley” (1). The house would be used as a hotel later in the nineteenth century. It developed a reputation of being “second to no other hostelry in the valley” (2).  Also located on the property is a small chapel built around 1870 and a family burial ground alongside U.S. Highway 23.

During the twentieth century the stone home was occupied by Dr. Francis E. Burgess. Burgess practiced medicine out of the home and was also a published poet. After his death, the home and the Garred property fell into serious disrepair. Eastern Kentucky entrepreneur Jim Booth purchased the home and property in 2009 and had plans to restore the grounds and the home itself (3). Unfortunately, a tornado that went through the area on March 3, 2012 destroyed the home beyond repair. On May 9, 2012 the Garred Home was demolished (4). A new cemetery is now located where the home once stood. Still standing on the grounds are the burial vault, small chapel, and gravesites of some of the Garred family members.