Pharsalia is an antebellum home located on a 3,000 acre plantation in Tyro, Virginia. Nine other historical buildings are included on this site. It was listed on the National Register of Historic Places in 2009. Pharsalia is an important remainder of Nelson County’s agricultural and social history. 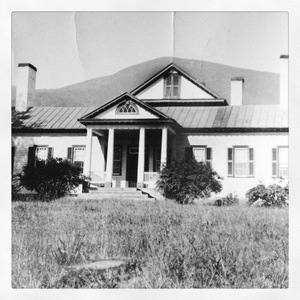 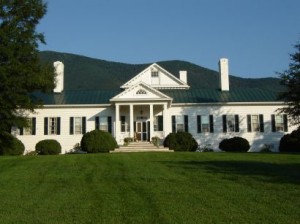 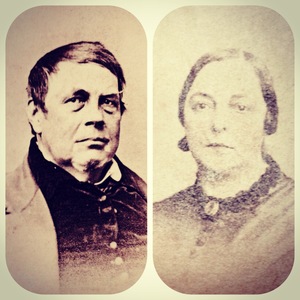 Pharsalia was built in 1814 by Thomas Massie as a wedding present for his son, William Massie.  Thomas Massie was a Revolutionary war veteran that moved from Frederick County to the Tye River Valley to focus on farming.  He built a mill for grinding grain and later the town surrounding became known as Massie’s Mill.

William Massie expanded the house and plantation by building onto the main house and adding a kitchen, slave quarters, and a stable.  Before 1840 Massie had created a commercial smokehouse, known as Massie ham.  His brand spread to Richmond, Va.  He continued his production with wheat, hops, tobacco, potatoes, apples, and cranberries.  The orchard was recognized as the first commercial orchard and the second biggest agricultural industry in Nelson County.

Massie was not only known for his farming in Nelson County, he also played a role in politics.  For Nelson County, he served as Justice of the Peace and sheriff.  He served in the Virginia House of Delegates in 1839, but did not continue because he wanted to concentrate on his farming.

William died in 1862.  His wife, Maria Massie, continued to care for the farm.  As she kept the orchard financially stable, she also started a boarding school for girls out of her home.  During the Civil War she supplied the Confederate Army with food and allowed them to take horses for a march to the Tye River Depot in 1864.  Maria died in 1889 and the plantation was later sold to James C. Bentz.

In 1952, the great-granddaughter of William Massie purchased the house to return it to the family.  The buildings included in the National Register of Historic Places are the manor house, icehouse/school, privy, kitchen/laundry/slave hospital, slave quarters, smokehouse, weaving room, and crib barn.